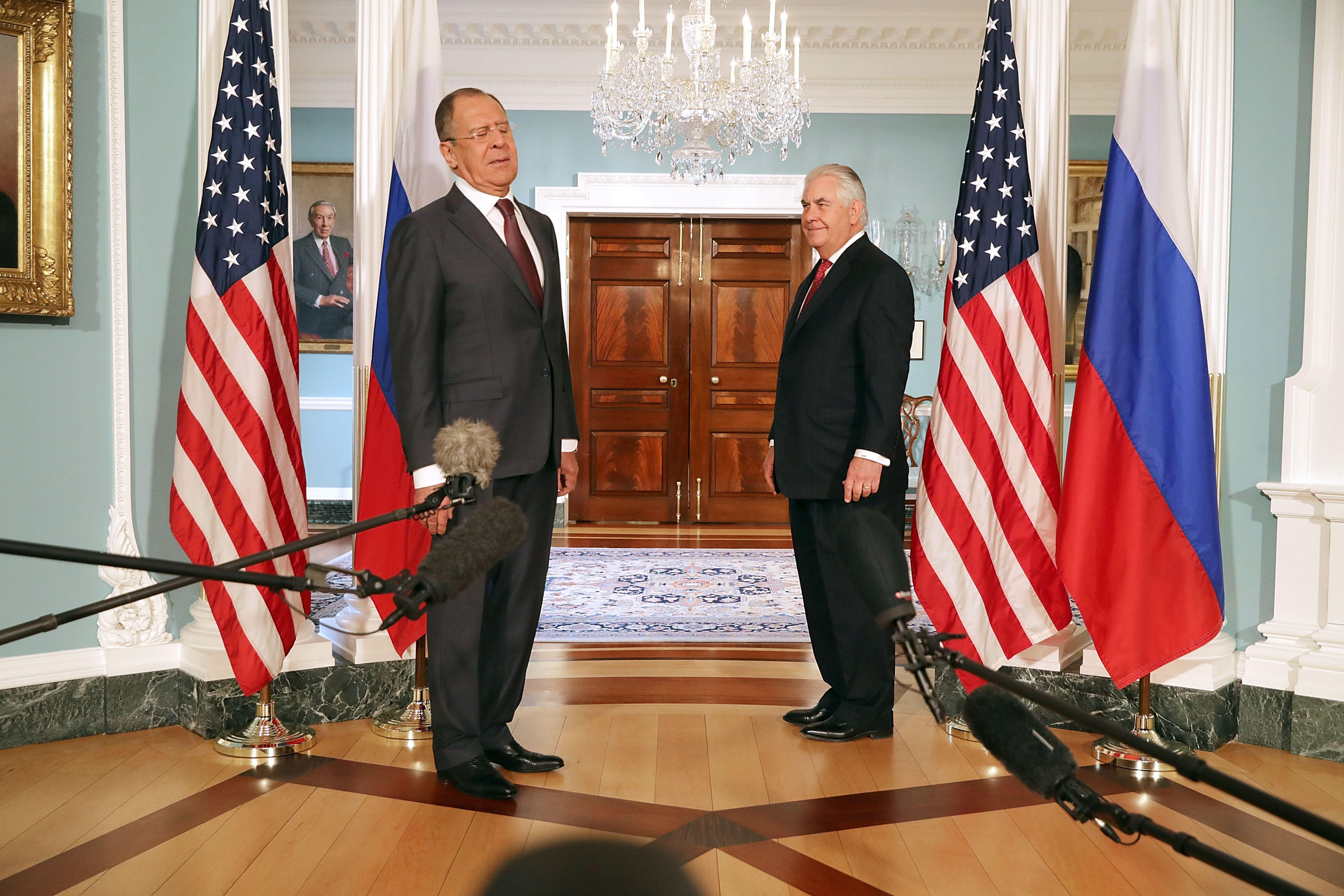 On the heels of the sudden firing of FBI Director James Comey, Foreign Minister Sergey Lavrov dismissed a reporter's questions about it while meeting Secretary of State Rex Tillerson.

When asked by NBC News' Andrea Mitchell if the firing of Comey casts a shadow on Wednesday's meeting, Lavrov scoffed asking reporters, "Was he fired? You're kidding, you're kidding." Lavrov then shrugged his shoulders at reporter's repeated questions.

Tillerson said that he expressed his appreciation to Lavrov for making the trip to Washington so the two could continue their dialogue and exchange of views on a wide-range of topics that began in Moscow.

Earlier Wednesday, the Kremlin expressed the hope that the firing of Comey would not affect Moscow's ties with Washington and said it did not believe his dismissal was related to Russia, according to Reuters.

"This is an absolutely internal affair of the United States. This is a sovereign decision by the U.S. president, which has absolutely nothing to do, or should have nothing to do with the Russian Federation," Kremlin Spokesman Dmitry Peskov told a conference call with reporters.

Lavrov is expected to meet with President Donald Trump later on Wednesday marking the highest level, face-to-face contact with Russia of the Trump's presidency.

This is the most recent trip Lavrov has taken to Washington since 2013.