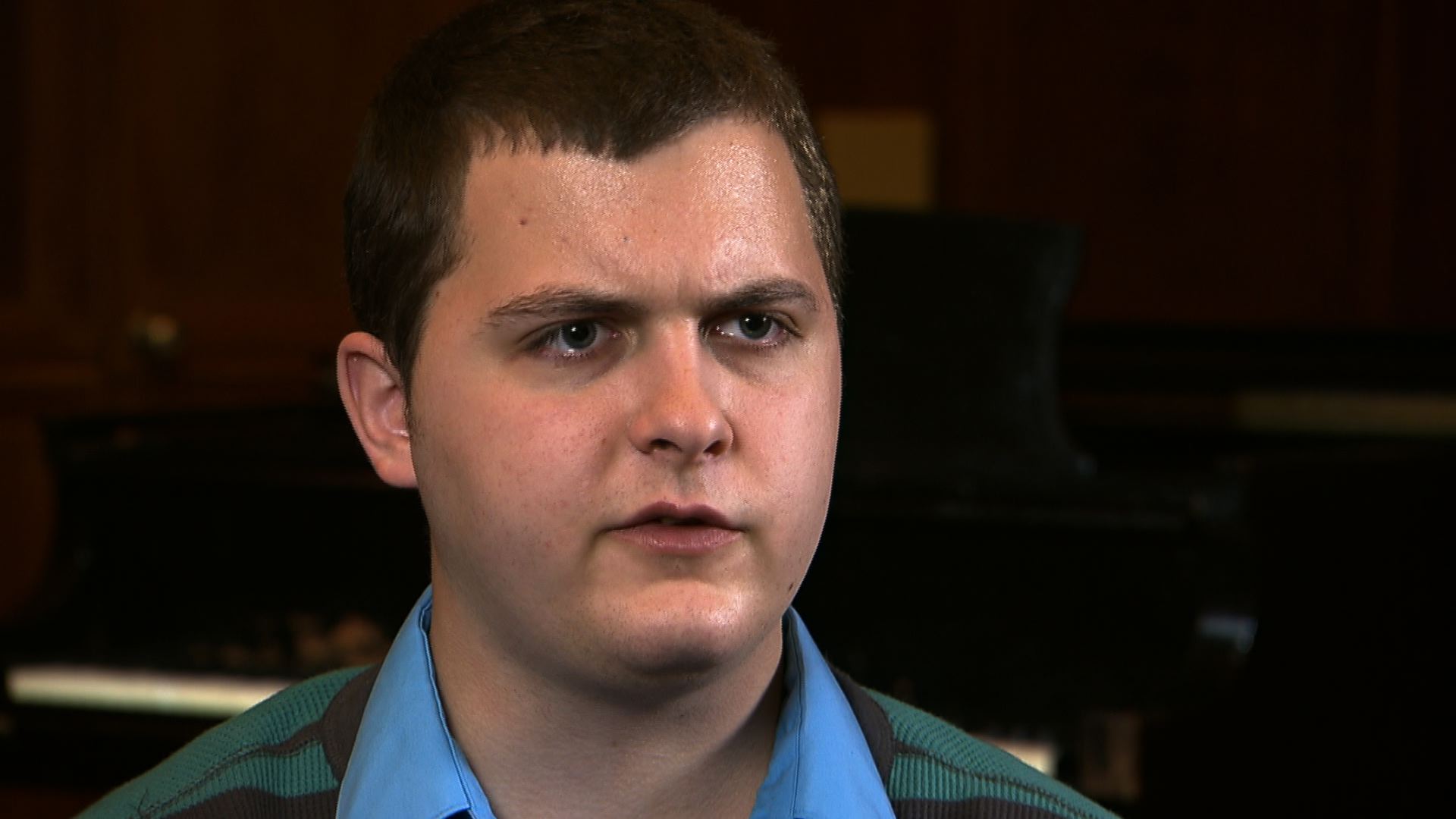 "Of course people will judge you, especially after someone gets assaulted by a crazy guy. I could be that crazy guy," Pogliano said when asked if there's a stigma attached to mental illness.

Pogliano has never been violent. He suffers from delusions and hallucinations. He can also appear robotic and emotionless. Those are symptoms of the disease. His mother Laura has no illusions about the way some people view her son.

"I have my eyes wide open, they've been slapped open by the almost hatred for sick people. Illnesses that affect behavior are easy to disdain," she said.

Laura says Zac has heard that disdain from complete strangers.

"There isn't a person on earth that would make fun of a bald three-year-old who was undergoing chemotherapy. And yet, if someone's acting weird we call them names. ... It's so accepted that it's frightening," Laura said, highlighting insults like "whack job," "nut case," and "psycho."

Words like that are all too familiar to Maura Kelly, who suffers from bipolar disorder. But she found a job and has stayed out of the hospital for 18 years. As director of the Mental Health Peer Connection in Buffalo, N.Y., she has become an advocate.

"We help people with getting out and staying out of the hospital. We help people get out in the community and live like everyone else and getting employment is key to that," she said.

But the unemployment rate for people with mental illness ranges from 70 to 90 percent.

"I think employers walk on eggshells if they know someone has a mental illness, like "Oh I don't want to upset them, because if I upset them, they might go off. That's not what people with mental illness are about."

Kelly said she still hears voices, but "I sort of calm them down." Asked what a prospective employer might think if they knew she heard voices, Kelly said "they'd probably think, 'No way am i going to hire this person,' but what I would say [is that] because I have a mental illness, I have creativity, I have strength, I have resiliency, I have survivorship, I have recovery, [I] have all those things to offer your corporation."

According to a government study, in 2010 about 40 percent of the 11.4 million adults with serious mental illness went untreated. The top two reasons were inability to afford mental care and the stigma of admitting psychiatric illness and seeking help.