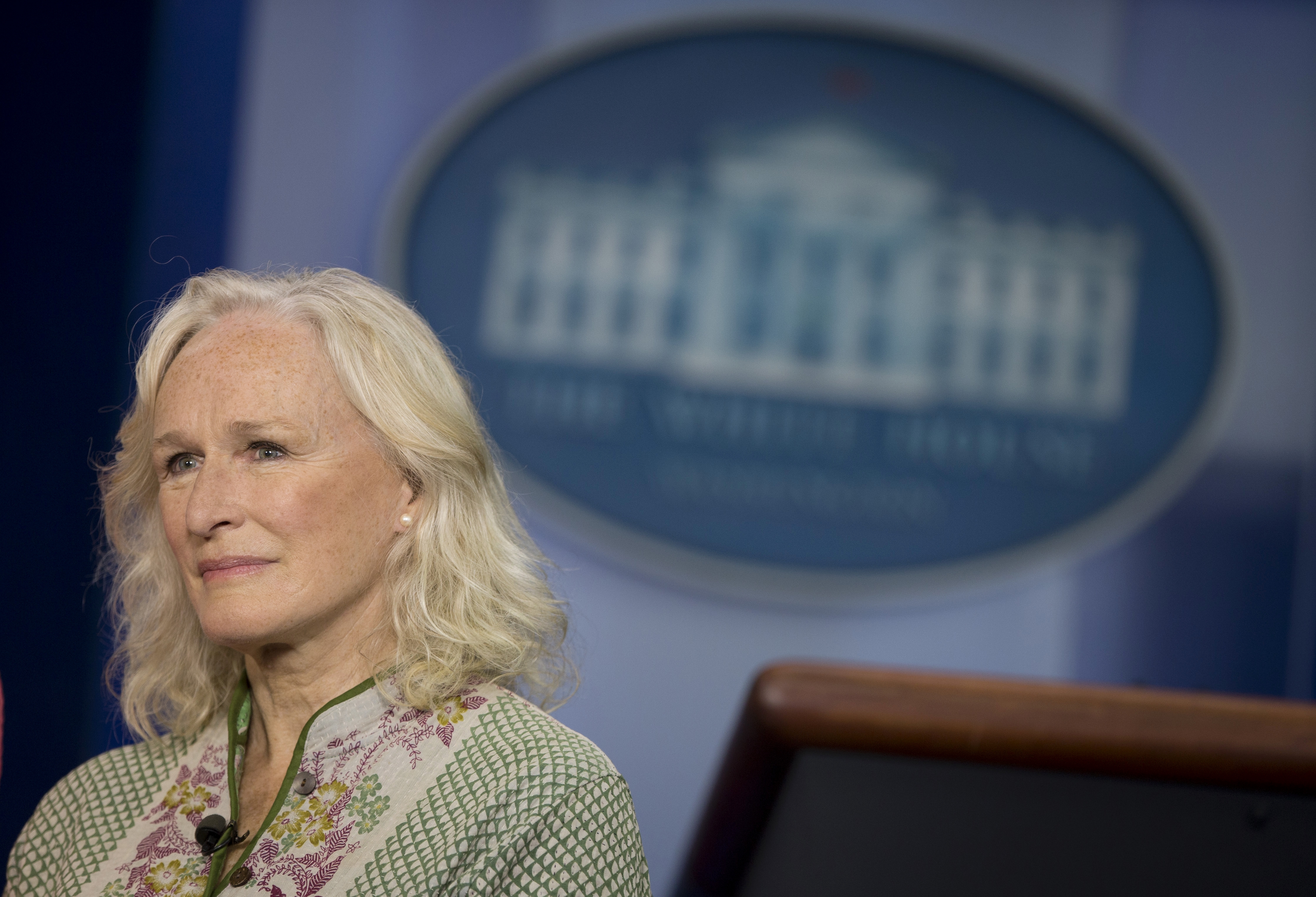 Close told CBS News she would read the script and play the character differently now - even though her portrayal earned her a Best Actress Academy Award nomination.

"I was in Fatal Attraction and that played into the stigma," Close said. "I would have a different outlook on that character."

I asked Close if she read the script differently now.

"I would read that script totally differently," Close said. "The astounding thing was that in my research for Fatal Attraction I talked to two psychiatrists. Never did a mental disorder come up. Never did the possibility of that come up. That, of course, would be the first thing I would think of now."

In the movie, Close's character, Forrest, sought revenge on a married man with whom she had a brief sexual encounter. She first sought to hold onto the relationship but eventually became so obsessed with her lover, Dan Gallagher, played by Michael Douglas, that she briefly kidnaps Gallagher's daughter and tries to kill his wife and Gallagher.

Close's portrayal of Forrest ranks No. 7 on the American Film Institute's list of top 100 heroes and villians.

Though Close says the psychiatrists she consulted before playing the role never mentioned a specific mental disorder, subsequent interviews with therapists after the movie's release described Forrest's malady as de Clerambault's Syndrome or erotomania.

Close came to the White House to participate in a daylong conference on treating mental illness and removing societal stigmas around those who suffer in silence. Close now leads the organization BringChange2Mind to encourage mental illness sufferers to acknowledge their ailment and seek treatment.

Her advocacy grew out of living through the experiences of his sister and nephew, both of whom dealt with mental illness and have allowed Close to use their stories as positive examples of life after treatment.

"Mental illness is a family affair," Close said. "One in four of us are affected by it. And we have learned as a family that if you have the courage to start talking about it and if you have the love and support of your friends and family in doing that, you are taking a huge step towards your own recovery. And I think of both my sister and my nephew. They are totally different people today than they were four years ago. And when I called them and said, 'Would you be willing to out yourself on a national campaign as living with mental illness,' and they had the courage to say 'Yes.' It has not been easy, but they are thriving. My sister is writing a book and they both are eloquent advocates for people living with mental illness. My nephew got married, and he is a wonderful artist. So, they have very productive lives, and I don't think they would be where they are today if they hadn't taken that big step."

Looking back on "Fatal Attraction," which led to the creation of a separate Urban Dictionary term for a dangerously obsessive romantic attraction, Close now sees it as part of an entertainment over-simplification of mental health diagnosis, treatment and suffering.

"I think as public figures, as entertainers, that we have a moral responsibility to only portray characters, that if, if they have disruptive behavior or behavior that is negative that it has to be responsibly explained, I really do not believe that we can anymore just say, 'Oh, let's make our person somebody mentally ill.' That's really easy because that that plays into the stigma that people with mental illness are violent and that is not the truth. Most people with mental illness are not violent. And most people who commit violent crimes do not have a diagnosed mental illness. That is wrong, and it's proven wrong and it is immoral to keep that perpetrated."

Numerous studies have examined the role of mental illness and violence and found the vast majority of sufferers do not commit crimes. Even so, entertainment and media portrayal of the subject has, studies suggest, led to the stigmatization problem the White House conference was in part devoted to addressing.

Following the conference, Close said she has hope those who battle mental illness will seek treatment and the national dialogue will shift toward more tolerance and acceptance.

"I think that we will reach the tipping point," Close said. "I think it's inevitable, There are too many of us affected by it, and I think as people's voices get heard, as more and more people partner and come together to really focus on this issue, it has to change. There's too much money being lost and there's too much valuable brain power and creative power being lost by people who are suffering with mental illness and...have been so stigmatized that they haven't gotten treatment."