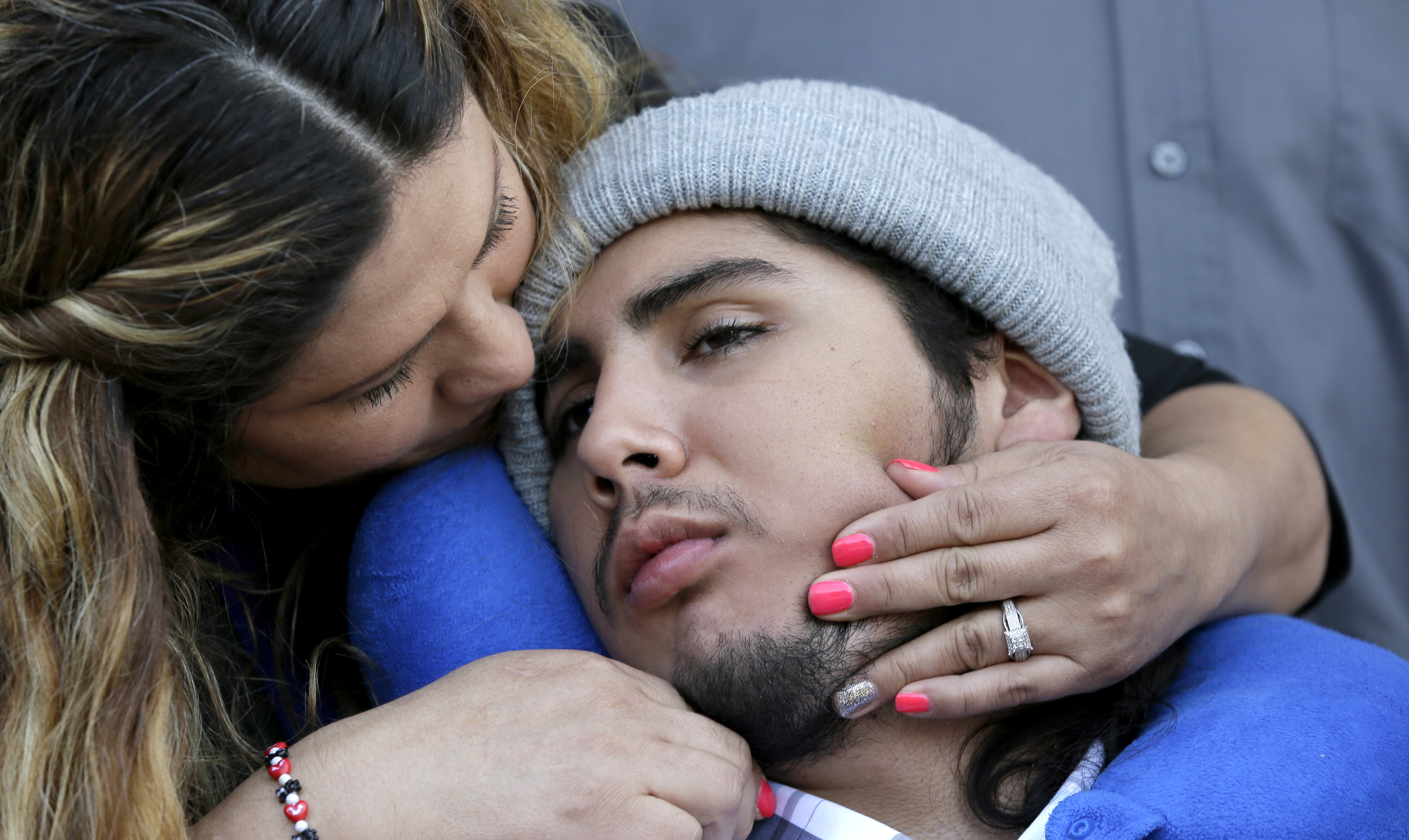 FORT WORTH, Texas -- A judge in Texas ruled Friday Ethan Couch will be in an adult court when he turns 19 in April. Couch is accused of violating probation after a deadly drunk driving accident.

For Mara Lemus, every moment she cares for her son Sergio Molina, she feels pain.

The 18-year-old was left a quadriplegic after riding in a truck driven by Ethan Couch. Couch crashed the truck into a stranded vehicle. Molina was thrown out.

"It's not easy to see Sergio this way when he was a player, a soccer player," Lemus told CBS News. "And now, you see him in one place. It's not easy."

Outings are rare but Friday, Lemus wanted Couch to see her son in a wheelchair. So she took him to Couch's hearing.

Alex is her older son.

"Can you try to smile and tell them that, no matter what happens, you're still here?" Alex asked his brother. "That you still have dreams of playing soccer, man?"

It appeared Molina lifted his leg. The family insists he was trying to speak for himself.

The sheriff said Friday he's noticed that ever since Couch was transported to an adult jail, the seriousness of the situation and what he did to his victims seems more real to Couch now.