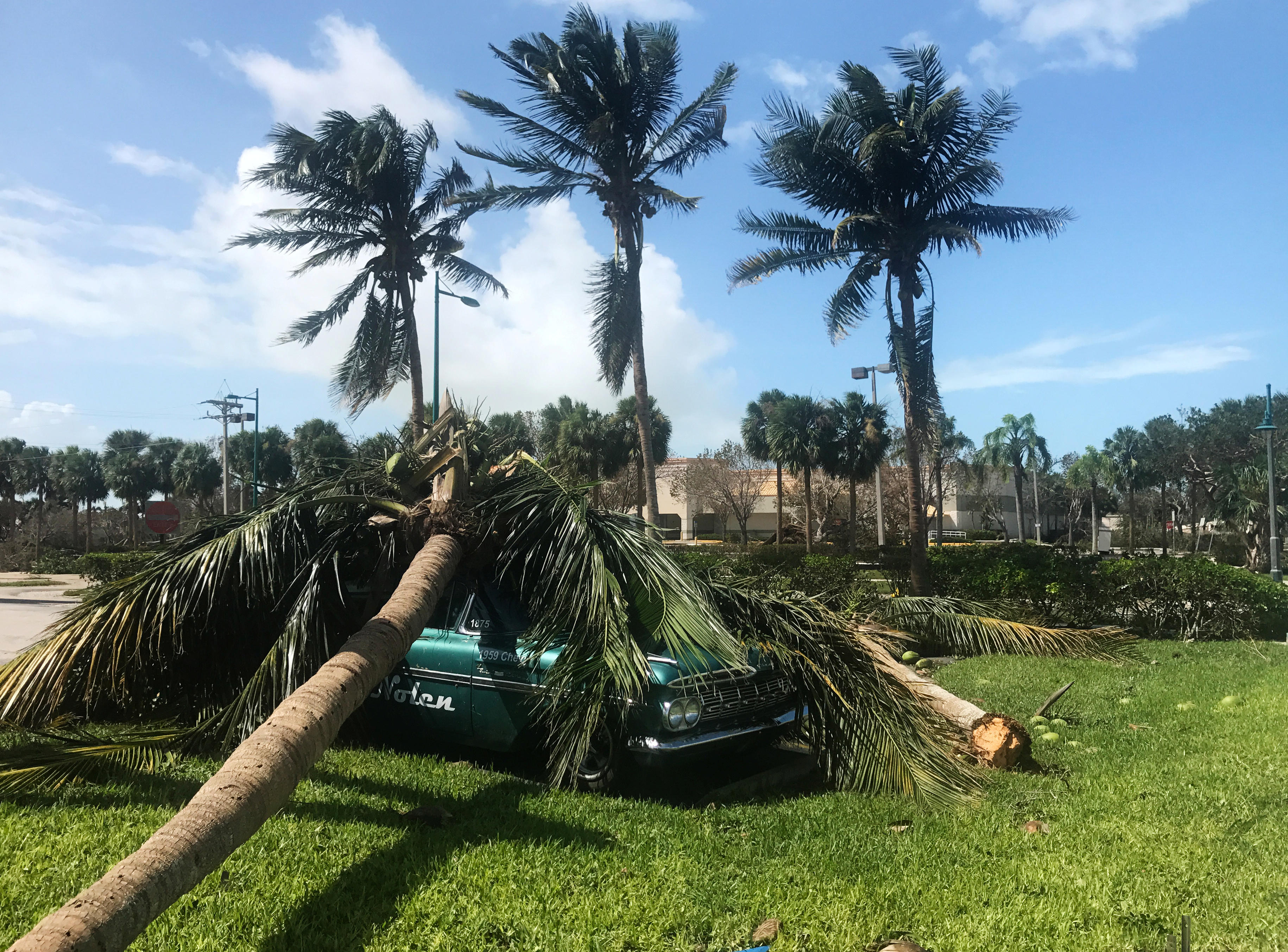 FLORIDA CITY, Fla. -- After Hurricane Irma struck the Florida Keys as a Category 4 storm Sunday, residents were playing a waiting game Monday to get back home, CBS Miami reports.

The station reports that dozens of people lined up on Chrome Avenue, where it ends at US-1, at the entrance of the 18-mile stretch Monday morning. But authorities were not letting anyone go back in until they have determined it's safe.

"We know that Key Largo is clear, from all of our friends that are in that area. We're trying to get in ... but they're not letting anybody in for some reason," Bob Thomas, with Key Largo Chocolates, told CBS Miami as he and his wife waited in the car to be let into the Keys.

"We're ready to get back to our shop which needs our attention and we were told that we have damage at our shop and we can't get to it. It's a little frustrating," said Kristie Thomas.

One of those issues is a major concern about drinking and running water. Water has been out in the area since Sunday. Officials said it will take time to inspect their aqueduct and start-up the running water.

Crews from the local to federal level were working on getting down to the Florida Keys and if they need to, possibly have drinking water brought to residents.

Even getting through the Keys is an issue. Some people who stayed in Key West were able to get up to Sugar Loaf Key. Sugar Loaf Key was hit pretty hard and is in "pretty bad shape," according to Monroe County Administrator Roman Gastesi.

Coming the other way from Key Largo, going South, there were also issues. Once you got past Islamorada, there was a lot of sand in the road.

Monroe County officials say residents need to wait for their safety -- not only because of the water issue but also because of bridges.

"All the bridges need to be cleared by FDOT [Florida Department of Transportation], that they're passable and that they're in good shape. The initial inspections seemed to be OK but we're not the pros. They're the pros," said Gastesi.

Some Florida Keys residents who heeded evacuation warnings said the issue with getting back to their home is now making them think twice about leaving before a hurricane again.

"We're going to stay next time," said Bob Thomas. "We'll ride it out there before we'll leave and try to get back after."

Some residents trying to get back in said they have been told to go to Homestead Speedway and wait for information.

CBS Miami reports that law enforcement has been severely limited in communications.