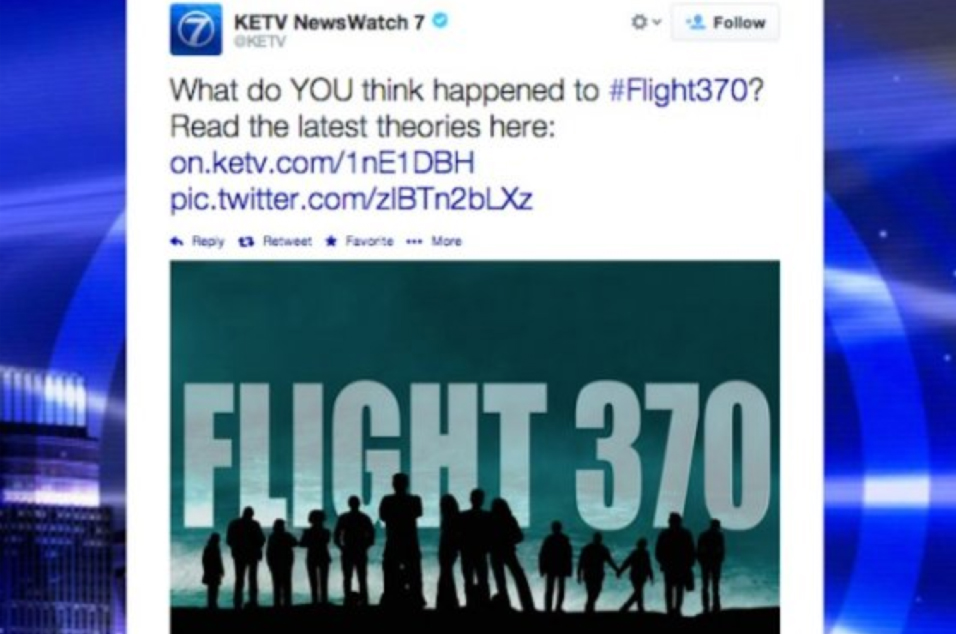 Is it too soon?

A local TV station in Omaha, Neb. was forced to apologize Thursday after posting a doctored "Lost" photo in connection to coverage of the Malaysia Airlines Flight 370 disappearance.

ABC affiliate KETV got into hot water when the controversial image surfaced on the station's Twitter account this week. The image featured an altered promotional ad from the popular series, which ran for six season on ABC -- from 2004-2010.

The "LOST" text was digitally removed from the controversial image and replaced with the words "FLIGHT 370." The tweet asked followers what they thought had happened to the still-missing Boeing 777.

The image was quickly deleted from the station's Twitter page, but not before NYMag.com obtained a screenshot.

"Lost" centered on a group of castaways stranded on an island in the South Pacific following a jumbo jet crash. Investigators believe Flight 370, which mysteriously disappeared on March 8 with 239 passengers and crew aboard, may have crashed somewhere in the southern Indian Ocean.

"We apologize for the post. While it was not intended to be insensitive, we can see how it would be viewed that way in light of such a tragedy," read an e-mail statement to The Hollywood Reporter.

Tell us: Do you think the image was in poor taste?