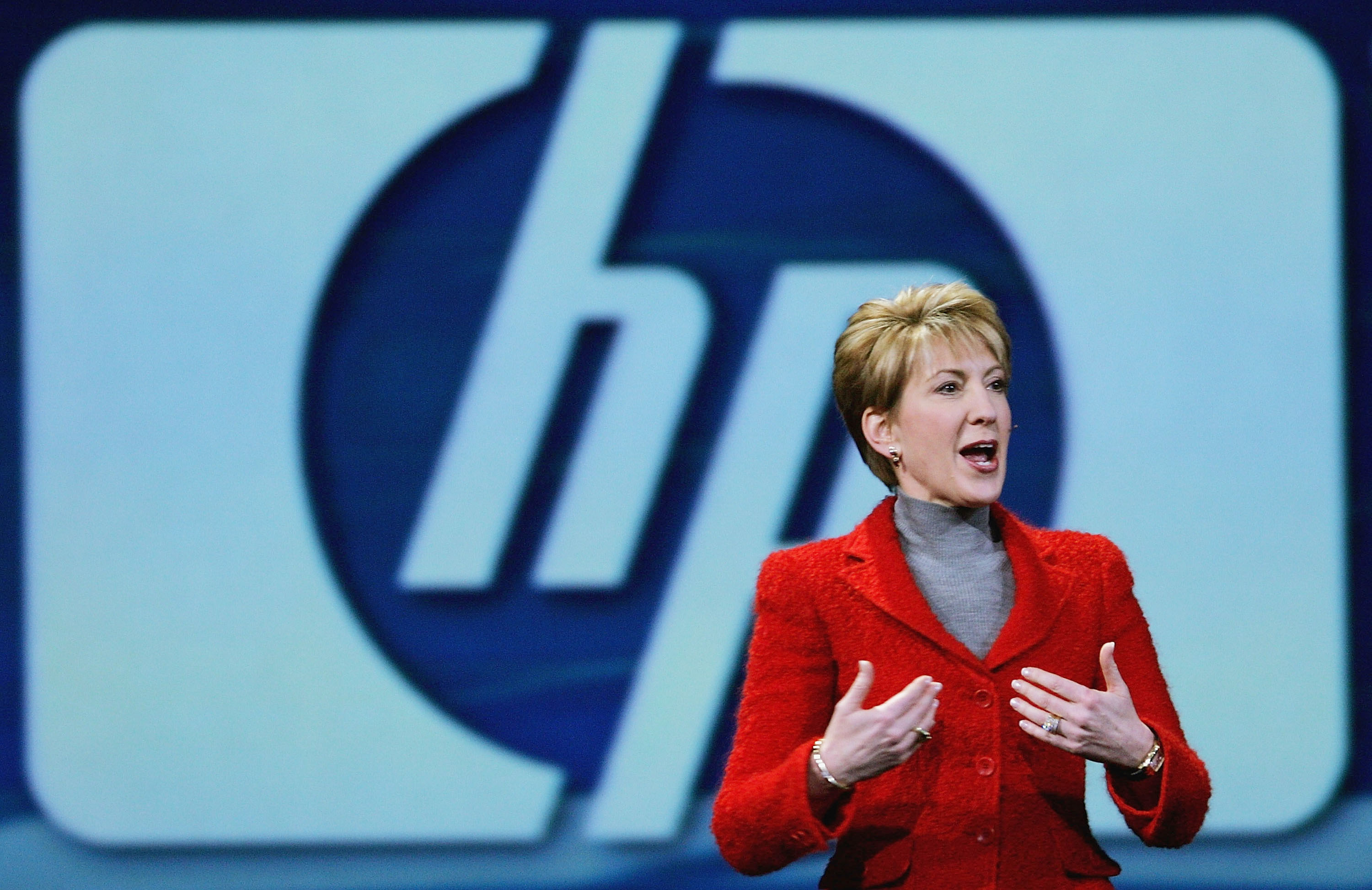 SAN FRANCISCO - Ten years after GOP presidential candidate Carly Fiorina was unceremoniously fired from her job as chief executive of Hewlett-Packard (HPQ), her tumultuous business career is still the subject of heated discussion.

Even as she enjoys a surge in momentum after last week's Republican debate, Fiorina is facing more jibes about her tenure at HP. Rival candidate Donald Trump declared her time there "a disaster," after Fiorina boasted of HP's growth and the "tough choices" she made as CEO.

The truth is, her HP tenure was rocky. "It is pretty hard to find too many people who think she did a great job there," said journalist Peter Burrows, who wrote "Backfire," a book about Fiorina's reign at HP. "Her reputation is definitely tarnished in Silicon Valley."

Yet one outspoken Fiorina supporter is venture capitalist Tom Perkins, who clashed with Fiorina when he was on HP's board but now says it was a mistake to dump her. "I think she is brilliant and has gotten a lot of unwarranted criticism," Perkins told The Associated Press.

Some issues the 61-year-old Fiorina has encountered in her career:

Fiorina likes to say she "doubled the size" of HP while she was CEO from 1999 to 2005. She's referring to HP's annual revenue, which rose above $80 billion after Fiorina pushed through a 2002 deal to buy Texas computer-maker Compaq, which had $40 billion in annual sales before the deal.

HP, however, continued to struggle after the massive acquisition. Profit fell from $3.7 billion in 2000 to a net loss of $900 million in 2002. While profit recovered to $3.5 billion in 2004, the company missed some key earnings projections along the way.

To be sure, the 2001 dot-com bust hurt many tech companies, including HP. But despite Fiorina's efforts to cut costs by slashing 30,000 jobs, HP's stock fell 50 percent, lagging behind rivals IBM and Dell. She was ultimately fired after clashing with directors who pressed her to share authority with subordinates.

HP's performance improved under Fiorina's successor, Mark Hurd. He cut costs further, using the combined clout of HP and Compaq to negotiate lower prices from suppliers and sell businesses a wide range of tech products. While supporters credit Fiorina with the vision to buy Compaq, critics including former Compaq Chairman Ben Rosen said she lacked the skills to make the deal work.

Today, HP is struggling again after a series of management upheavals and a broad decline in the PC industry. It announced plans last week to cut up to 30,000 more jobs as it prepares to split into two companies.

Unlike many tech CEOs, Fiorina had a background in business but not engineering. She earned an undergraduate degree in medieval history and philosophy at Stanford, and later acquired master's degrees in business and management.

Perkins called her "a terrific communicator" who used charisma and persuasion to close major deals for the company. She also appeared in corporate ads and on magazine covers, while hobnobbing with celebrities.

"She is an incredible marketer," Burrows said. "Even back when she was at HP, people there were saying she should seriously think about going into politics."

Even so, Fiorina alienated longtime HP employees, who complained she was imperious and harsh. Part of the problem: HP was famous for innovation, but analysts say it had become slow and unfocused in the years before Fiorina.

"The hardest thing for a chief executive to do is to tell someone that they don't have a job anymore," Fiorina said this week on "Fox News Sunday." ''But when you have a big, bloated bureaucracy that costs too much, that is becoming inept -- and by the way, that's what we have in Washington, D.C. -- then there are some jobs that have to go away."

Fiorina also antagonized the families of HP's legendary co-founders. Walter Hewlett, the son of co-founder William Hewlett, waged a bruising, highly publicized proxy battle against the Compaq acquisition. He argued that Fiorina was paying far too much in a deal ultimately valued at $19 billion.

In the end, Fiorina got the deal approved. But she ultimately lost the support of HP's board, which grew impatient with her progress.

As both an outsider and a rare woman CEO, Fiorina may have faced extra resistance in the predominantly male culture at HP in that era. "She broke the glass ceiling, and that was not comfortable," said former HP executive Chuck House, co-author of the book "The HP Phenomenon."

In the presidential campaign, Fiorina has faced Trump's derisive comments about her looks. And in her 2006 memoir, "Tough Choices," she recounts incidents from her time as a young executive at AT&T, when others treated her differently or questioned her abilities because of her gender. Fiorina rose from a sales job at AT&T to leading the $3 billion spinoff of Lucent Technologies, where she became a division president.

Fiorina's memoir also describes a meeting at Lucent with mostly male sales executives from a newly acquired company, in which she confronted concerns that her own, women-led team wasn't tough or street smart.

As Fiorina tells it, she stuffed a pair of her husband's socks into the front of her slacks that morning. After making a "serious, fact-based" presentation, she stood and removed her jacket, revealing the bulge in her slacks while she declared that her team had the tools -- she used a different word -- to do the job.

The room erupted in laughter, she wrote. While a few people thought the gag was crude, Fiorina concluded that "effective communication means speaking in a language people understand. I'd made my point."