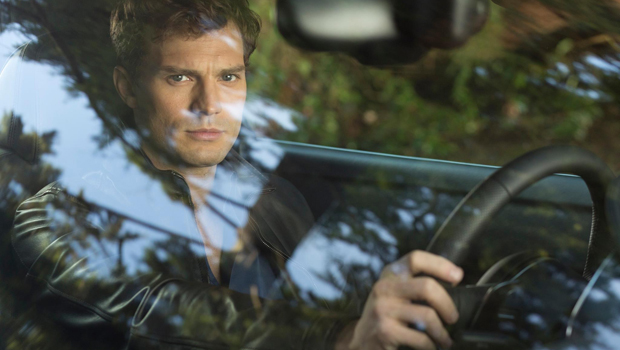 Fans got their first look Wednesday at actor Jamie Dornan in the title role in the upcoming "Fifty Shades of Grey" film.

The photo, posted on the film's Facebook page, shows the brooding businessman staring into the camera while behind the wheel of a car. (A previously-released poster did feature a suited-up Mr. Grey, but only from behind.)

Tell us: Does Dornan look like he fits the bill as Christian Grey?