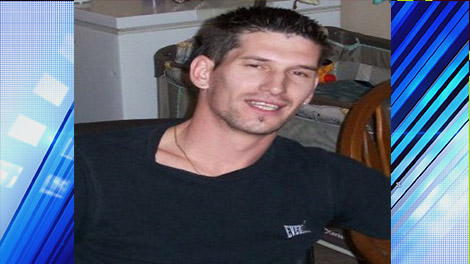 ST. LOUIS -- A recent hammer attack that killed a 32-year-old immigrant has members of St. Louis' sizable Bosnian community embracing some of the same tactics as Ferguson protesters - albeit in hopes of attracting a stronger police presence rather than opposing it.

Hundreds of protesters rallied the past two nights in the Little Bosnia neighborhood of south St. Louis in response to the death of Zemir Begic, who police say was beaten to death early Sunday in front of his fiancee and two friends. The shouts of "Bosnian lives matter" echoed the "Black lives matter" chant heard in Ferguson and beyond in the wake of the death of Michael Brown, who was shot and killed by a suburban St. Louis white police officer in August.

St. Louis authorities say there is no evidence that the attack was racially motivated. But for some, Begic's gruesome death also has revived painful memories of their own violent past in the former Yugoslovia, where ethnic cleansing led an estimated 70,000 Bosnians to settle here over the past two decades - making it the largest settlement outside of the country now known as Bosnia-Herzegovina.

"We didn't come here to get killed," truck driver Demir Begovic, 32, said as he stood Tuesday afternoon beside a Begic memorial near the scene of the attack.

Police have charged Robert Joseph Mitchell, 17, as an adult with first-degree murder and armed criminal action. He remained in jail Tuesday on a $750,000 cash-only bond. Two other unnamed suspects, ages 15 and 16, are in custody. A source told CBS affiliate KMOV that the charges require a hearing to be held where a judge will determine if the suspects should be tried as adults. A fourth suspect is at large.

Begovic and other community members suggest the hammer attack was racially motivated. Begic was white, while Mitchell and one of the two juveniles are black, and the other is Hispanic.

"There is no evidence that this was a crime occasioned by the race or ethnicity of the victim," Slay said.

Begic moved to the United States from Bosnia in 1996, according to the St. Louis Post-Dispatch. His sister told the newspaper that the family first lived in Utica, New York, and then Waterloo, Iowa. The 32-year-old had been in St. Louis for just months.

According to police, Begic was parked in his car and preparing to drive away with his fiancee and friends when the group of teens approached and began hitting the vehicle. Begic got out to confront the teens and was attacked, according to the probable cause statement.

An autopsy determined that Begic died from blunt force trauma to the head and suffered bruises and cuts to his head and face.

The neighborhood, also known as Bevo Mill for its landmark German windmill, has had other violent incidents lately. A 19-year-old Bosnian immigrant was shot and killed in a May 2013 convenience store robbery. Another convenience store clerk, an immigrant from Bhutan, was killed the next week.

And earlier this month, there was an armed robbery and separate carjacking. While the victims of those attacks weren't seriously injured, the crimes further rattled the close-knit Bosnian community.

"Too many young boys are getting killed for no reason," according to community leader Rusmin Topalovic, 38, a cleaning company owner. "We just need more attention from police."

Most of the Bosnians here are Muslim, with many arriving after the war that broke out in the early 1990s when Bosnia joined several republics of former Yugoslavia and declared independence. A Serb minority opposed it and tried to carve out parts of the country by expelling and killing non-Serbs. Some 100,000 people died.

The St. Louis settlement initially grew due to U.S. State Department referrals and then increased through word of mouth.