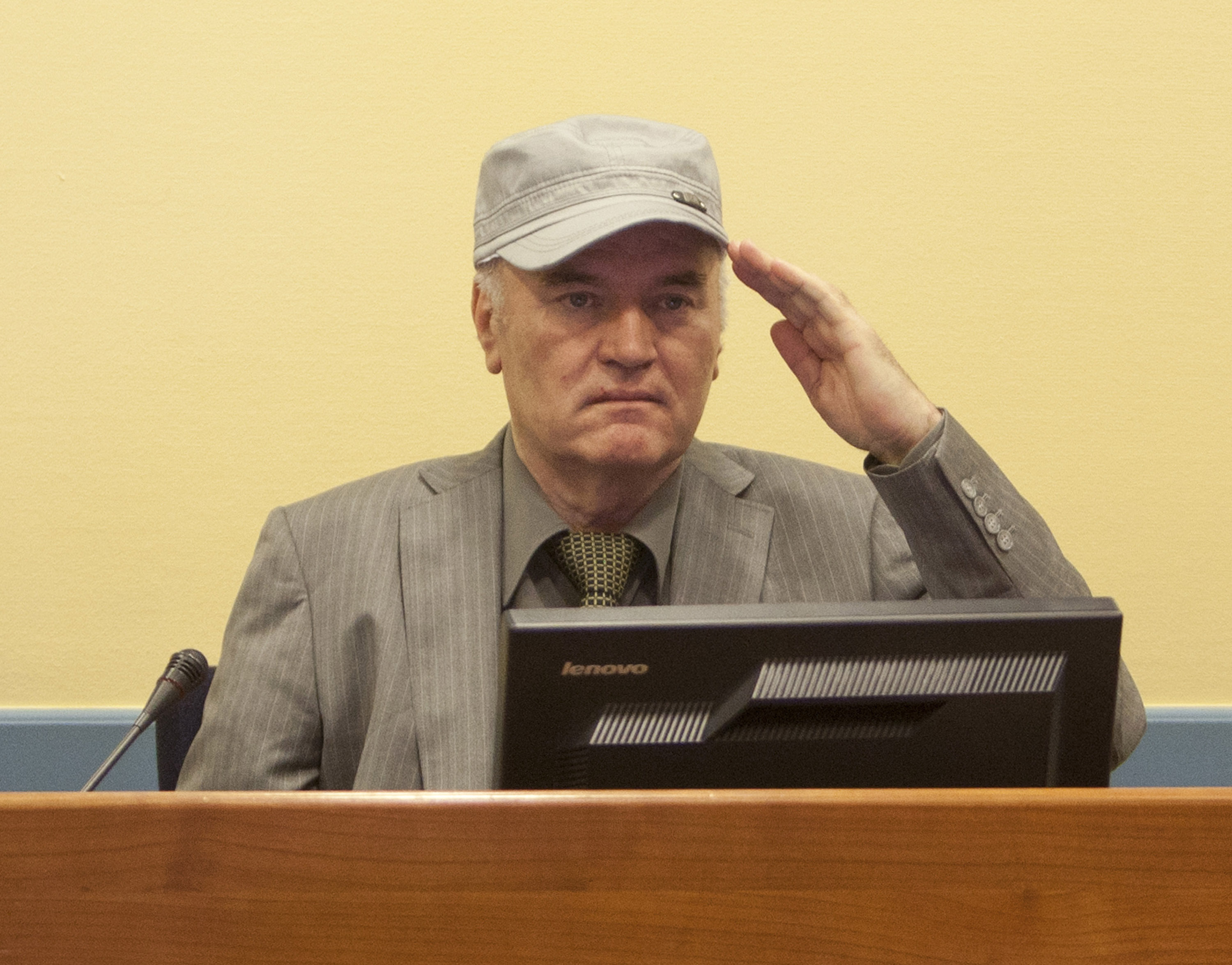 THE HAGUE, Netherlands -- Former Bosnian Serb military chief Gen. Ratko Mladic launched the defense case in his long-running U.N. trial Monday with the testimony of a former Serb army officer who claimed he was never ordered to fire on civilians in the besieged Bosnian capital during the country's bloody war.

The testimony of Mile Sladoje, a wartime Serb military commander in Sarajevo, likely set the tone for Mladic's attempt to clear his name of charges that he was responsible for a string of Serb atrocities throughout the bloody 1992-1995 conflict.

Mladic's 11-count indictment alleges that he was the military mastermind behind a deadly Serb sniping and mortar campaign in Sarajevo, and the 1995 massacre of some 8,000 Muslim men in Srebrenica.

He denies the charges and insists his forces were trying to defend Serbs during the conflict that left some 100,000 people dead. Mladic faces a maximum life sentence if convicted.

The 72-year-old stood and saluted Sladoje as he entered court at the Yugoslav war crimes tribunal.

Sladoje "never received an order from his superior command, nor did he issue an order ... to attack civilian facilities," Stojanovic said.

Sladoje showed judges a map of Sarajevo dotted with circles which he said were considered legitimate targets by Serb forces.

"There was no part of the city that did not have a military installation or facility," his written statement said.

Serbs deny systematically targeting civilians with mortars and sniper rifles during the siege of Sarajevo, saying that they were shooting at Bosnian Muslim forces holed up in buildings throughout the city.

Mladic was first indicted in 1995 but went into hiding after the war and was not arrested until May 2011. The former general's trial started a year later and prosecutors wrapped up their case in February.