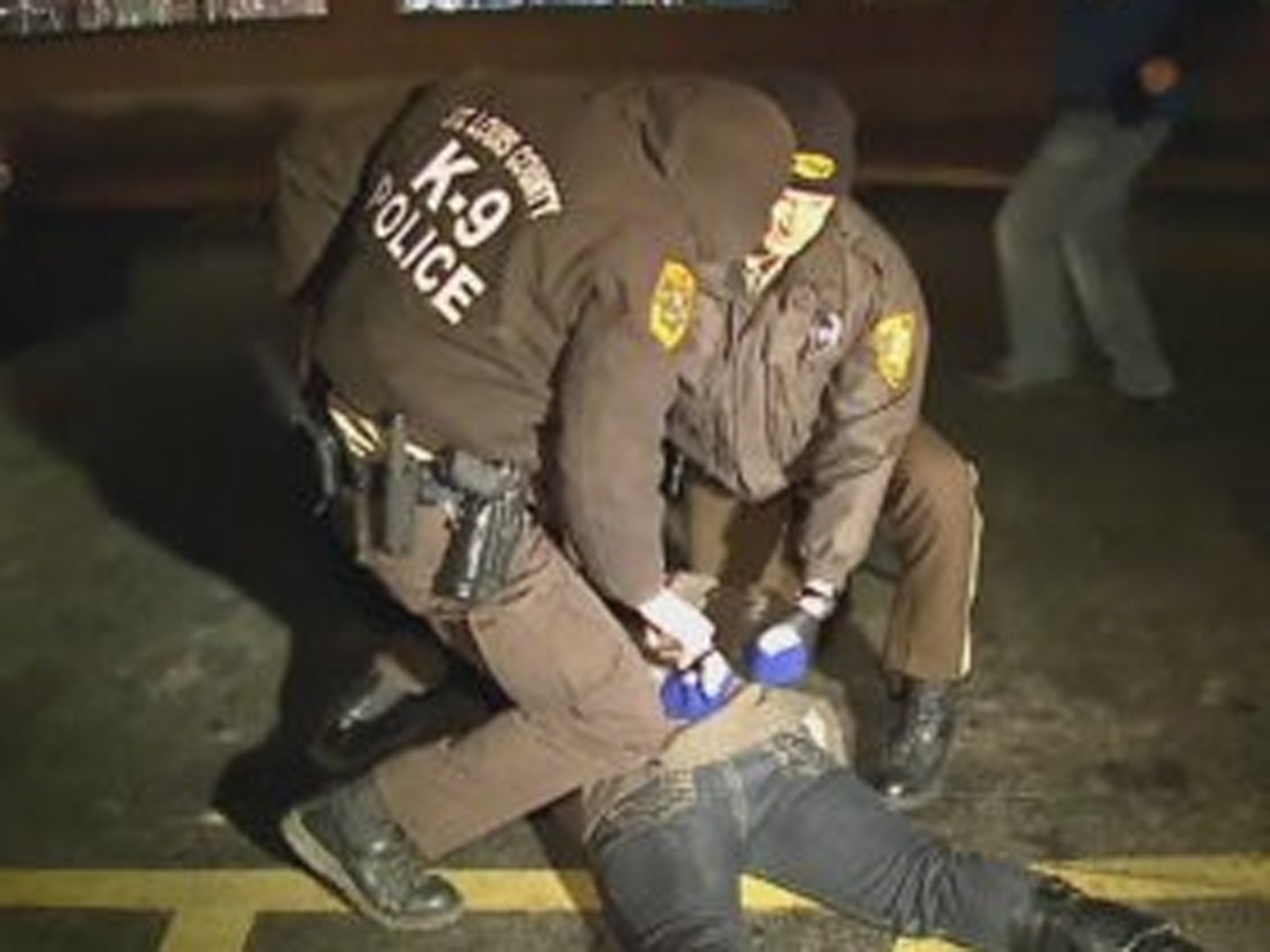 Protesters lined up and chanted, taunting 31 officers, mostly from St. Louis County, for about an hour, as the officers secured the perimeter of the police station.

But, according to a CBS News producer on-scene, demonstrators then moved into the street and blocked a handful of cars. That's when things turned ugly.

Several protesters were thrown to the ground, and at least three were arrested.

Witnesses say at least one man was shot with a bean bag gun and ran off.

Officers were screaming back and forth with protesters.

One reporter from CBS St. Louis affiliate KMOV-TV reporter was hit in the eyes with pepper spray.

Before the scuffle, there were 36 protesters, 31 officers -- and 46 members of the media.

Tensions are high in anticipation of a grand jury's decision on whether to indict white Ferguson police officer Darren Wilson for the Aug. 9 shooting death of unarmed black teen Michael Brown.

On Wednesday, several nights of relative calm were broken by a rowdy demonstration, also at Ferguson police headquarters. Five people were arrested.

Earlier Thursday, a police union official who met with Wilson said he got the impression Wilson doesn't expect to be indicted. Jeff Roorda, business manager for the St. Louis Police Officers' Association, told The Associated Press, "Wilson seems confident that justice will be served, but neither he nor his attorneys shared any expectations with me."