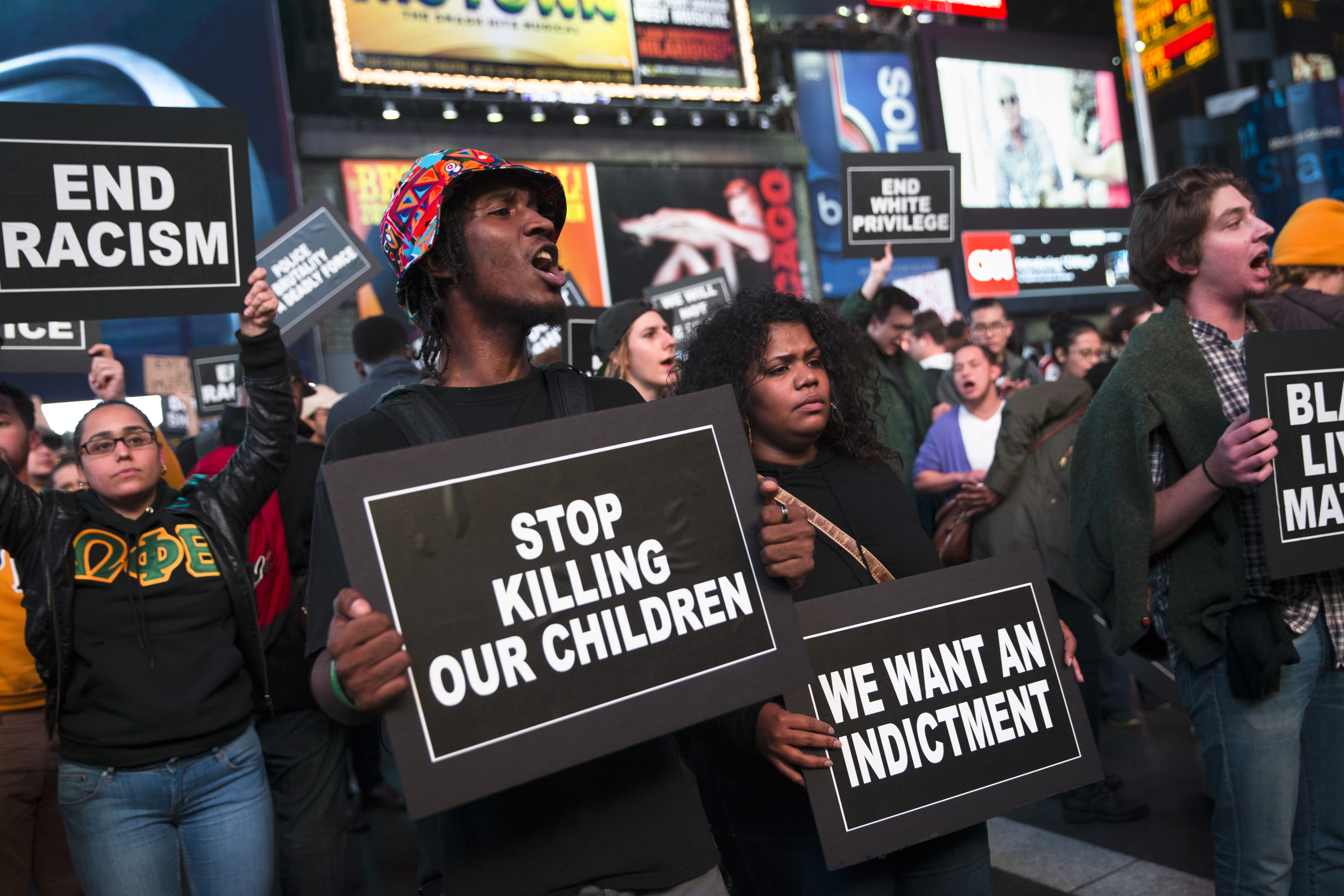 The question for the panel that decided the case was never whether Wilson fatally shot 18-year-old Michael Brown, but rather whether the Aug. 9 killing constituted a crime. In declining to indict Wilson, the grand jury followed laws and court precedents to reach a conclusion that is far more the norm than the exception.

"For a cop to be indicted and especially to be convicted later of a crime in these kinds of situations is very, very unusual," said Chuck Drago, a police practices consultant and former police chief in Oviedo, Florida.

States and police departments have developed their own policies that generally permit officers to use force when they reasonably fear imminent physical harm. The Supreme Court shaped the national standard in a 1989 decision that said the use of force must be evaluated through the "perspective of a reasonable officer on the scene" rather than being judged after the fact. That means officers are often given the benefit of the doubt by prosecutors and grand jurors reluctant to second-guess their decisions.

Many of the cases that don't result in charges involve armed suspects shot during confrontations with police. But even an officer who repeatedly shoots an unarmed person, as was the case in Ferguson, may avoid prosecution in cases where he contends he felt at imminent risk.

"A police officer is not like a normal citizen who discharges their weapon. There is a presumption that somebody who is a peace officer, and is thereby authorized to use lethal force, used it correctly," said Lori Lightfoot, a Chicago lawyer who used to investigate police shootings for the police department there.

But even though police are legally empowered to use deadly force when appropriate, Lightfoot said an officer's perception of danger can be strongly influenced by the race of a suspect, particularly in a community like Ferguson, where an overwhelmingly white department patrols a majority-black city.

"Take any environment you live in - if there's not diversity in your workplace, that is a void in your experience," she said.

The Ferguson shooting followed a skirmish that began when Wilson told Brown and a friend to move from the street onto the sidewalk. St. Louis County Prosecuting Attorney Robert McCulloch said Monday the two men fought inside Wilson's car and said Wilson shot Brown multiple times after Brown charged at the officer. In explaining the grand jury's decision, McCulloch cited what he said were inconsistent and erroneous witness accounts.

CBS News legal analyst Rikki Klieman said Tuesday that in the Ferguson case, the public only heard one side of the story.

"Officer Wilson's story, according to the prosecutor, matches the physical evidence much more than many of the eyewitnesses' stories," Klieman said. "And one of the things about Officer Wilson when he does testify, which he didn't have to do, he chose to do, is that ... he talks about his subjective fear ... and he is terrified by virtue of his own words. Clearly the grand jury chose to believe him."

The Justice Department is continuing to investigate the shooting for evidence of a potential civil rights violation, and federal investigators are relying on the same evidence and witness statements as the grand jury. But they face a higher burden of proof to establish whether Wilson willfully deprived Brown of his civil rights. That standard has been tough to satisfy in past high-profile shootings. Federal prosecutors, for example, declined this year to charge officers who fatally shot an unarmed woman with a baby in her back seat after a high-speed car chase from the White House to the U.S. Capitol.

It's hard to know how often police use force. A federal Bureau of Justice Statistics study found that an estimated 1.4 percent of the nearly 60,000 U.S. residents who reported having contact with police in 2008 said the officers used or threatened to use force against them.

Some cases do result in criminal charges. A Charlotte-Mecklenburg, North Carolina, police officer was indicted in January in the fatal shooting of an unarmed man who wrecked his vehicle and apparently knocked on the front door of a home seeking help. Thinking incorrectly that the man was trying to break into her home, the homeowner called police. Three officers responded and one shot the unarmed victim, authorities say.

A grand jury in Ohio, for instance, declined to indict a police officer who in August shot a man carrying an air rifle inside a Wal-Mart. And in May, an Alabama grand jury declined to indict an officer who shot and wounded an Air Force airman he pulled over on the highway. The police chief said the officer shot the man after he got out of his car based on a perceived threat.

Geoffrey Alpert, a University of South Carolina criminologist, said only a "small tip" of police shootings are considered so outrageous as to merit criminal charges. An absence of prosecution, he said, does not mean that an officer did a good job or should not face a wrongful-death lawsuit. But criminal charges are a different burden.

"He may not do (his job) well, and he may have made a mistake, but it's not like he woke up in the morning and said, 'I'm going to go out and kill someone,'" Alpert said.