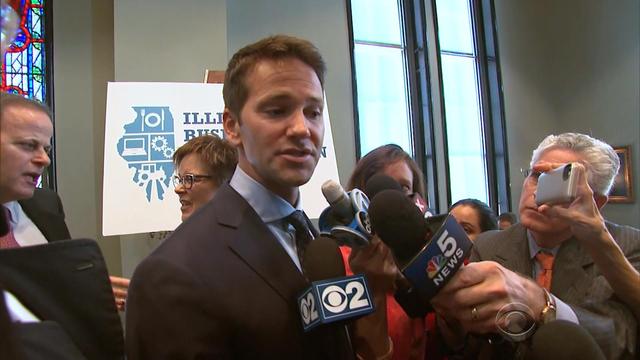 A federal official tells CBS News that the FBI and Department of Justice are investigating Rep. Aaron Schock's spending. The Associated Press reports that the government is convening a federal grand jury in Springfield, Illinois, and the FBI has begun issuing subpoenas to compel people close to Schock to testify, citing a person familiar with the case. The grand jury will hear testimony in early April, according to the AP's report.

Schock's resignation is effective Mar. 31, so until then, the Office of Congressional Ethics will continue its investigation into his spending habits.

Schock abruptly announced his resignation from Congress on Tuesday with a statement that said that "the constant questions over the last six weeks have proven a great distraction that has made it too difficult for me to serve the people of the 18th District with the high standards that they deserve and which I have set for myself."

Schock did not inform or consult his party's leadership about his decision to resign before it was announced.

At 33 years old, Schock was among the youngest members of Congress, and he was once considered a rising star in the Republican Party. He had been an able fundraiser, and he cultivated an active social media presence. His Instagram account, for example, chronicled his adventurous, jet-setting lifestyle, showing the congressman rubbing elbows with celebrities and vacationing in foreign countries. But it may have also contributed to a reputation for extravagance, inviting the scrutiny that ultimately prompted his resignation from Congress.

Last month, the Washington Post was given a look at Schock's new office, which was painted a bright red, festooned with gilded knick-knacks, and reportedly inspired by the British period drama "Downton Abbey."

The Post reported that Schock received the design services for free, prompting a left-leaning ethics watchdog to file a complaint alleging an improper receipt of gifts by a public official.

Later that month, the same watchdog group filed a complaint against Schock after it was reported that he spent taxpayer and campaign money on private air travel. An Associated Press review found that Schock spent more than $40,000 on at least a dozen flights onboard private aircraft.

The congressman also came under scrutiny after a report found that he'd sold his home in Peoria, Illinois, to a donor at a price far above the market value.

He also faced questions about his purchase and use of a vehicle in his home district. Schock bought a Chevrolet Tahoe in 2010, logging just over 81,000 miles on it before he sold it in 2014. He was reimbursed by the government and his campaign for over 170,000 miles driven, however, and his resignation came just hours after Politico asked his office about the roughly 90,000-mile discrepancy.

In 2014, when Schock sold his old Tahoe, he spent almost $75,000 of his campaign funds on a new Tahoe that he registered in his name.