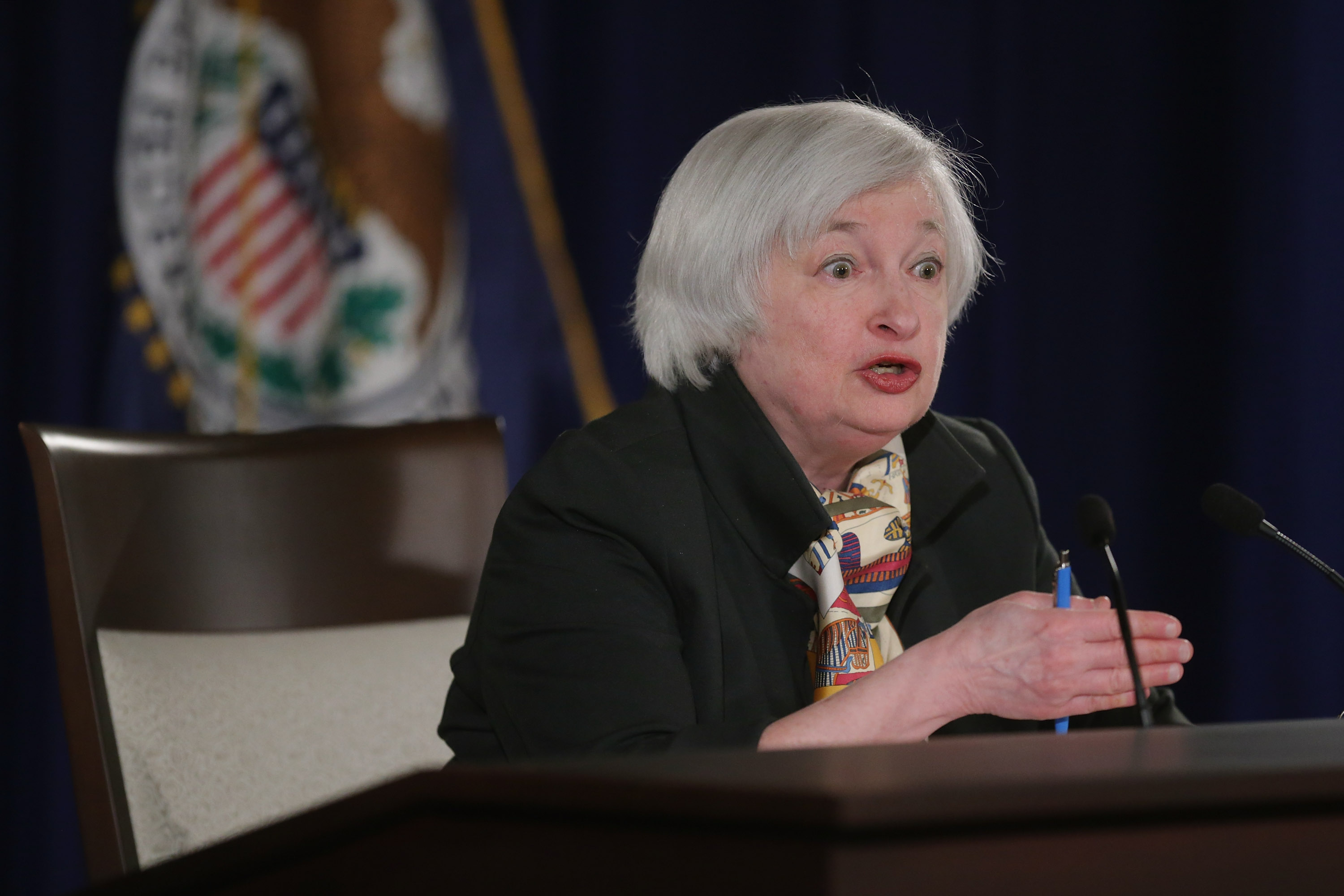 The Federal Reserve on Wednesday signaled it would embark on a course of raising interest rates for the first time since 2006.

Outlining the shift in its latest policy statement, the Federal Open Market Committee also indicated a hike was unlikely at its April meeting, and in new estimates reduced the median for the federal funds rate at the end of 2015 to 0.625 percent, versus 1.125 percent in December.

"Just because we removed the word 'patient' from the statement doesn't mean we are going to be impatient," Federal Reserve Chair Janet Yellen said in a news conference Wednesday after the statement was released.

Yellen also stressed the Fed's policy decisions remain dependent on economic conditions, and advised investors to track economic data to better discern the direction of monetary policy. "We can't provide certainty -- what market participants should be doing is watching the data just as we are."

In a key departure from its previous policy, the FOMC removed a line saying that it would remain "patient" as the economy recovers before moving to raise rates. The change in wording indicates Fed's intention to start a gradual series of rate increases in the federal funds rate, the interest rate at which depository institutions lend to each other overnight. Most forecasters think the first rate hike will in June, July or September.

The change in language paves the way "for an initial 25 basis points federal funds rate hike at either the June or July FOMC meeting, supported by solid spring jobs, wages, retail sales and industrial output gains. Moreover, consumer prices will move up, reflecting an increase in gasoline prices this spring, but still close to $1 per gallon lower than in spring 2014," economists at PNC Financial Services said in an email.

For average Americans, the Fed decision will eventually translate to higher borrowing costs and increased yields on savings.

Stimulus from the Fed has spurred a six-year bull market for U.S. equities, which in recent weeks have swung between steep gains and declines amid uncertainty over the timing of rate increases.

On Wednesday, stocks halted what had been a second day of losses, with the Dow industrials (DJI) erasing a triple-digit decline just ahead of the Fed announcement. At 3:25 p.m. Eastern, the Dow was up 228 points, or 1.3 percent, at 18,078.

Economists and market strategists pointed to the strengthening labor market as an argument for the central bank to start tightening its policy, with the latest data showing the lowest jobless rate in nearly seven years.

However, other economic reports have disappointed in recent weeks, leaving uncertainty about whether the Fed would refrain from changing its approach. And, while the jobs market has improved, wages have remained stagnant, and inflation has remained below the Fed's 2 percent goal.

"We expect inflation to remain quite low because of the depressing influence of the energy price decline and the dollar," Yellen said in answering questions from reporters at her news conference.

Expectations that rates are heading higher has bolstered the dollar, which last week rose to a 10-year high against the currencies of major U.S. trading partners.

Worries that the stronger dollar would dent the earnings of U.S. corporations doing business overseas have helped pull equities down from records reached in early March.