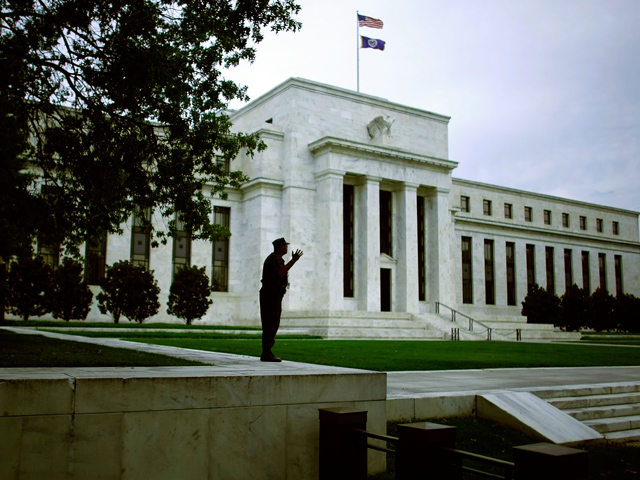 (MoneyWatch) COMMENTARY The release Wednesday of minutes from the Federal Reserve's June meeting has buoyed expectations that further monetary stimulus is likely.

According to the minutes, "a few" members of the Federal Open Market Committee -- the central bank's policy-setting body -- "expressed the view that further policy stimulus likely would be necessary to promote satisfactory growth in employment."

In addition, "Several others noted that additional policy action could be warranted if the economic recovery were to lose momentum, if the downside risks to the forecast became sufficiently pronounced, or if inflation seemed likely to run persistently below the Committee's longer-run objective," according to the minutes for the meeting, which was held June 19-20.

QE3 to set sail in August?
Employment report not bad enough for Fed action
Commentary: Fed should flex its power to recharge economy

Fed policymakers also noted that they expect unemployment to remain elevated for some time at a level inconsistent with their mandate, which also increases the odds of further easing.

But the Fed also expressed caution. For example, questions were raised about "how large the Federal Reserve's asset purchases would have to be to cause a meaningful deterioration in securities market functioning, and of the potential costs of such deterioration for the economy as a whole."

So while it seems likely that the Fed will try to do more to satisfy its mandate -- unemployment is above target and inflation is below target, both of which call for more easing -- it's unlikely that the move will be as aggressive as many critics outside the Fed would like it to be.

If economic data continue to show that the recovery is stalling, or if the Fed believes that disinflation is ahead, it is likely to act. But while the Fed may go slightly beyond the bare minimum required to at least appear to be doing something, it's unlikely to surprise analysts with significantly more aggressive measures.