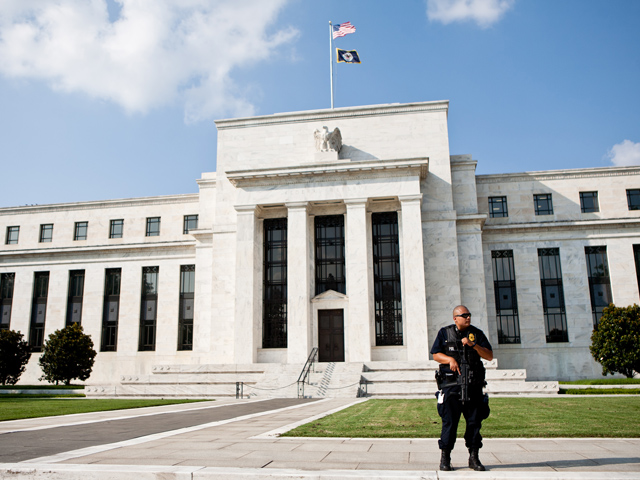 (AP) WASHINGTON - The Federal Reserve is open toward taking further action to support the struggling U.S. economy. But minutes of the Fed's June meeting show policymakers are at odds over whether the economy needs more help now.

A few said the economy may already require additional support. But several others noted that further action "could be warranted" if the recovery lost momentum, if risks became more pronounced or inflation seemed likely to run below the committee's target.

Investors appeared to be disappointed by the division within the Fed.

Stock prices sank after the Fed expressed concerns about the economy. The Dow Jones industrial average had been down nearly 40 points before the minutes were released at 2 p.m. Eastern time. At around 2:30 p.m., the Dow was down 112 points, on track for its fifth straight day of losses.

Fed officials signaled at the June 19-20 meeting their concern that the struggling U.S. economy could worsen if Congress fails to avert tax hikes and across-the-board spending cuts that kick in at the end of the year. And they expressed worries that Europe's debt crisis will weigh on U.S. growth.

Members said the economy will likely continue to grow moderately. But the Fed lowered its growth forecast at the June meeting, noting that the U.S. job market had weakened and consumer spending slowed. It also said it didn't expect the unemployment rate to fall much further this year from its current 8.2 percent.

Since the Fed met last month, the job market's weakness has persisted. The government said Friday that hiring in June was weak for a third straight month. The economy added just 80,000 jobs last month.

Some members noted that defense contractors are already laying plans for layoffs if lawmakers don't address the package of tax hikes and spending cuts by the end of the year. Members warned that tighter government spending could slow the economy well into next year.

At the meeting, the Fed extended a program that shifts its bond portfolio to try to lower long-term interest rates. Policymakers left open the possibility of providing further help, such as launching a new program of bond purchases.

Chairman Ben Bernanke may offer further guidance on the Fed's plans next week when he delivers the central bank's updated economic assessment to Congress. After the June meeting, Bernanke told reporters he was open to another round of bond purchases if the job market didn't improve.

Many economists predict the Fed will hold off for one more meeting and give the job market a little longer to show improvement. If it doesn't show gains, the Fed could announce some new action at its Sept. 12-13 meeting.

Since the recession, the Fed has bought more than $2 trillion in Treasury bonds and mortgage-backed securities, expanding its portfolio to more than $2.8 trillion.

After its last meeting, the Fed downgraded its economic outlook. It now expects growth of just 1.9 percent to 2.4 percent in 2012, half a percentage point lower than its April forecast.