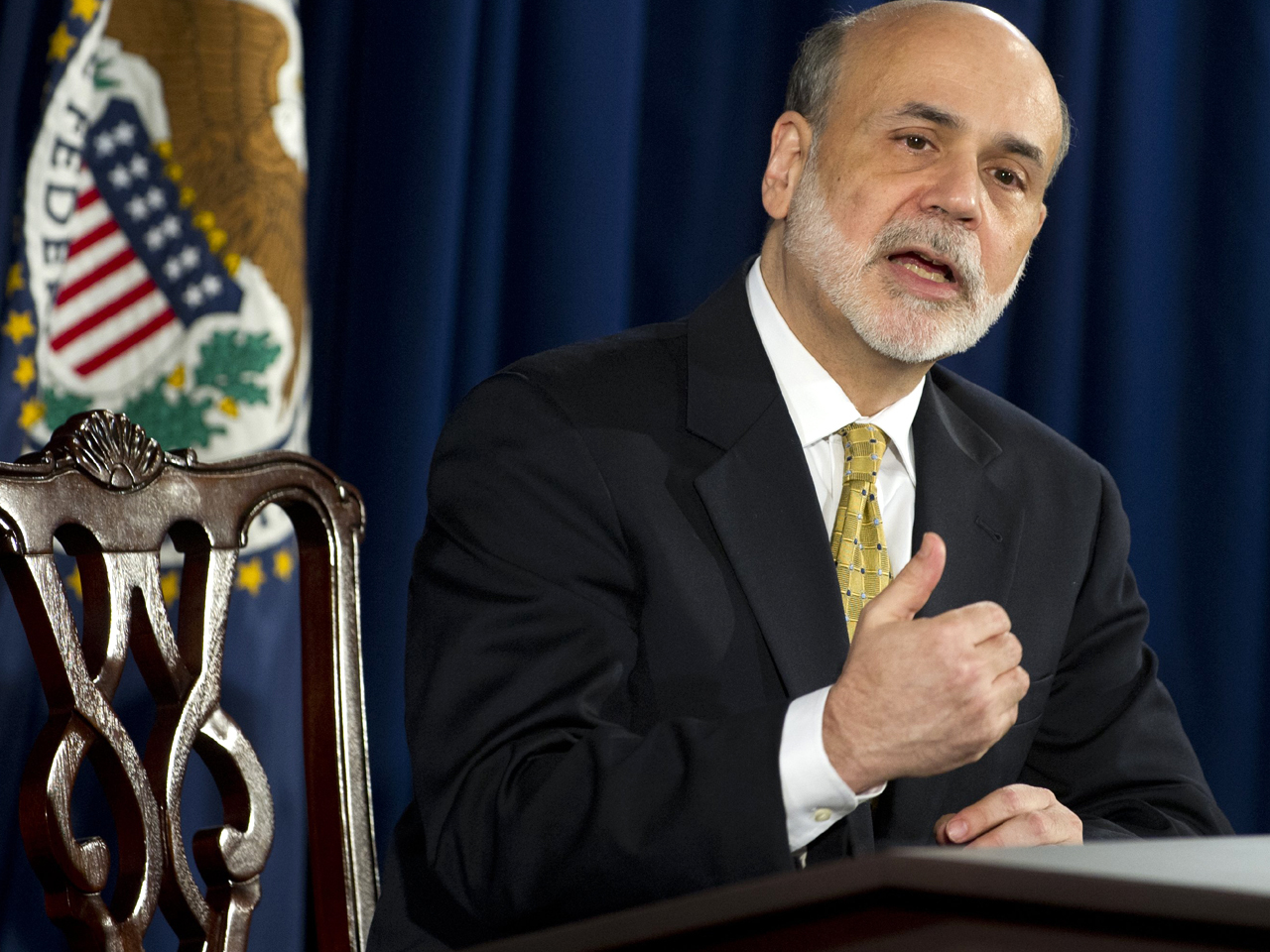 (The Nation) Rome is burning while Congress fiddles. The president is out on the road trying to secure a second term, while the economy once again teeters on the brink of bad possibilities. The governors of the Federal Reserve Board seem to understand this better than most of Washington's power hitters. But what can the Fed do? The central bank has already dispensed trillions to the financial system and pulled interest rates down to rock-bottom levels. Yet the economy doesn't respond. Banks won't lend, businesses won't hire. Anxious consumers stopped buying, the order books are bare.

Miles Kimball, an imaginative economics professor at the University of Michigan, has stepped forward to propose an ingenious solution for the Fed's dilemma. The government should create a "federal credit card" and send one to every adult in the nation, enabling each person to borrow $2,000 at a very low interest rate and not pay back any of the money until after the economy has fully recovered. The provocative kicker in Kimball's proposal is that the Federal Reserve would itself provide the financing, not Congress or the president through the federal budget. And he argues that the central bank can do this with its unique power to create money.

A federal line of credit, Kimball suggests, could become a new, fast-acting channel for economic stimulus -- more potent than the usual methods like tax rebates, and far less costly. That's because consumers would not get any benefit from this government assistance unless they use the card -- that is, borrow and spend -- and do so before the government's offer expires. After all, this is exactly what the economy needs. Why give the money in tax breaks for banks or businesses, which may not use it for the intended purpose? Why not deliver the aid to consumers, who will?

Kimball argues that this novel approach could deliver a strong, quick jolt to the stagnant economy, $400 billion or more. Yet it would add very little to the federal budget deficit, because the Federal Reserve operates under its own, independent balance sheet. Further, it's not free money but a temporary loan, like the trillions in short-term loans the Federal Reserve gave the banking system at the height of the crisis. The low-priced credit would immediately help pressed families scrambling to pay the rent, young people without jobs and especially the desperately poor, who are "unbanked" and victimized by predatory lenders charging usurious interest rates for "payday" loans. "A big advantage of national lines of credit," Kimball explained, "is that, once triggered, the details of spending are worked out through the household decision-making process, which is relatively nimble compared to corporate and government decision-making processes."

The banking industry would go nuts, of course. Its lobbyists would rail against unfair competition (just as many citizens complained about the unfairness of the bank bailouts). But the homely truth about capitalism is that it cannot function without a constant cycle of new borrowing and debt. Despite popular moralistic aphorisms ("neither a borrower nor a lender be"), the capitalist process requires that someone is always lending and someone else is always borrowing. If risk-averse creditors refuse to lend and struggling consumers or businesses are prevented from borrowing, only the federal government has the power to intervene and get the money moving again. If the government does not step up, stagnation endures.

A federal credit card sounds far too radical for the conservative central bank. But it actually offers a viable solution to the Fed's stymied monetary policy. Professor Kimball has already introduced it to Federal Reserve governors themselves, at a private conference for "academic consultants" who advise the central bank. None of the governors commented one way or the other afterward, and it is highly unlikely Kimball's idea will be tried. It would probably require Congressional blessing, and Congress is hobbled by do-nothing paralysis. Nevertheless, policy advocates and citizens should push Fed governors and politicians to explore the concept seriously.

Kimball's account of his proposal, "Getting the Biggest Bang for the Buck in Fiscal Policy," can be found at his blog, supplysideliberal.com. As the title suggests, Kimball describes himself as a conservative economist with an intriguing mix of liberal impulses. As a conservative, he argues that the tax system can distort and damage economic output. As a liberal, on the other hand, he is open to income redistribution in some circumstances. "Whenever it can be done without shrinking the overall size of the pie, a dollar in the hands of the poor is socially more valuable than a dollar in the hands of the rich," Kimball writes.

Either way, Kimball's proposition deserves prompt debate, because it shows how the Federal Reserve's management of the economy can be fundamentally reformed in progressive ways. Clearly, monetary policy is not working now -- at least not enough to restore prosperity. Kimball argues that government should put aside the fiction of an "independent central bank" and instead learn to coordinate the Fed's monetary policy with fiscal policy, controlled by Congress and the White House. The policy tools should be blended, he said, to create "a flavor somewhere between traditional monetary policy and traditional fiscal policy." That would avoid the destructive "game of chicken" in which the two realms pull the economy in opposite directions, as they are doing now.

William Greider is a national affairs correspondent at The Nation. The opinions expressed in this commentary are solely those of the author.

Kimball's more provocative suggestion is that the Federal Reserve's money-creation powers can be harnessed to major public objectives that are traditionally managed on the fiscal side through taxation and spending. That approach would make the national credit card a lot cheaper. "One of the great virtues of monetary policy is that monetary stimulus does not ultimately add much to the national debt," Kimball explained. His recommendations would essentially revive the controversial economic policy employed by Abraham Lincoln, who printed "greenback" dollars to finance the Civil War and build the nation's industrial base.

Traditionalists will react to Kimball's plan with horror. But he insists the Federal Reserve already has the power under existing law to use its discount lending to support consumer credit or loosen the restraints on borrowers or underwrite public investment in infrastructure. This is all very controversial, of course, but the economic crisis invites fresh thinking -- and the Federal Reserve has an obligation to consider radical remedies.

William Greider is a national affairs correspondent at The Nation. The opinions expressed in this commentary are solely those of the author.