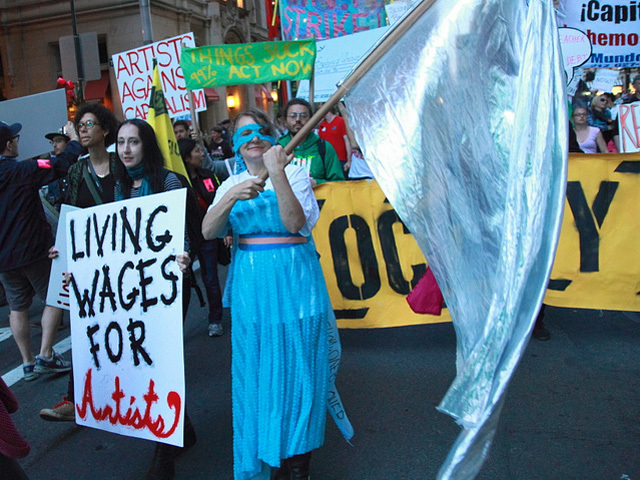 (MoneyWatch) It's no secret that many businesses are preparing to fight any increase in the minimum wage, tooth and nail. Now, one of the teeth is starting to bite.

The Center for Union Facts is a non-profit advocacy group owned by a corporate PR firm. In this case, the group has issued its first broadside, claiming that President Obama's proposed increase in the minimum wage is "political payback to labor unions."

The group claims that an examination of available collective bargaining agreements shows that wages are often tied to the federal minimum wage. An increase in the minimum wage can trigger automatic raises or mandated contract renegotiations, sometimes even if the workers already make more than the new minimum level. However, the details of the research by the Center for Union Facts do not necessary support the conclusion.

The organization is one of a series set up by Richard Berman that "provide as much as 70 percent of revenues for his firm, Berman and Company," according to a 2010 analysis by the New York Times. In the Center's 2010 filings with the IRS, out of total revenue of $808,873, the organization directly paid Berman just under $10,000 as president and executive director and paid his firm $577,345.

Although managing director J. Justin Wilson says that the organization gets its funding from foundations, corporations, and individuals, in a 2007 interview with 60 Minutes, Berman admitted that he was paid by corporations to "take on causes that might seem politically incorrect" while keeping client names out of the public eye. Companies can make charitable donations to the non-profits and the transactions are legally private.

As Berman said, his organizations often goes after people for "exaggerating the hell out of a story." But an examination of the evidence that Berman's group cites as it attacks raising the minimum wage suggests they're doing some exaggeration of their own.

According to a research brief from the organization, an analysis of collective bargaining agreements voluntarily filed with the Department of Labor's Office of Labor-Management Standards show that "many service, retail and hospitality industry labor unions -- such as UNITE-HERE or the Service Employees International Union (SEIU) -- peg baseline wages to the federal minimum wage." When the federal minimum wage increases, so the argument goes, "in many cases" such contracts would "trigger wage re-negotiations or automatic wage hikes for certain unionized employees."

The analysis was based on looking at between 85 and 110 collective bargaining agreements in the two days after the State of the Union address, according to Wilson. He noted in an email exchange with CBS MoneyWatch that the organization found 31 separate agreements (it is not clear how many separate companies that represents) in which a rise in federal minimum wage would contractually increase wages or necessitate renegotiations.

That would seem like a high percentage of agreements containing minimum wage clauses. However, there are more than 1400 agreements available for download from the government site housing the contracts, according to MoneyWatch's count, with many more available by request. Many of the agreements have previously expired, and so may not accurately reflect current practices, and in any case are only voluntarily filed. That makes it impossible to know whether any results are statistically representative of industries as a whole. Agreements are also often poor scans of paper documents, making computerized analysis difficult.

Wilson did agree that the limitations prevented the sample from being representative, but said that even if such examples were relatively rare, "I'm not sure that either debunks our point." He did not respond to a question about how he and another researcher chose which agreements to examine. It could be that they picked companies they knew or suspected would have agreed to such clauses. Wilson further said, "We do not allege that this is a widespread issue for all labor unions, but rather, that certain entry-level, unionized employers seem to utilize them," even though such qualifying language does not appear in the research brief or press release.

In addition to uncertainty about how widespread such clauses are, there are also is a question of how many union members would be actually be affected by a federal minimum wage even if escalator clauses were in effect. One example cited in the Center's research brief was a contract between Food 4 Less of California, a chain of grocery warehouse stores owned by Kroger, and 7 locals of the United Food & Commercial Workers Union. The contract was negotiated in June 2007 and ran for 4 years. The lowest compensated employees received $7.50 an hour starting June 4 2007 and $8.00 an hour the next year. To put that in context, in January 2007, a Democratically-controlled Congress passed the first minimum wage increase in a decade, raising it from $5.15 to $7.25 per hour over a two year period.

That contract had an escalator clause that triggered wage increases, but only if the minimum wage rose above $8.00 an hour, an unlikely event so soon after the increase earlier in the year. In other contracts, clauses did provide for starting wage rates that would be a specified amount above an increase in minimum wage rates, assuming that the starting wages were not already above that level.

So it is difficult to say how widely an increase in the federal minimum wage would affect union pay rates, even in the traditionally lower-paying industries of retail, hospitality, and service. The benefit to unions could be relatively small, undermining any charge of political payback. 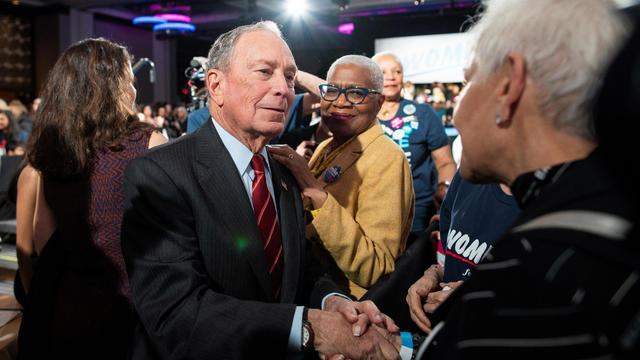