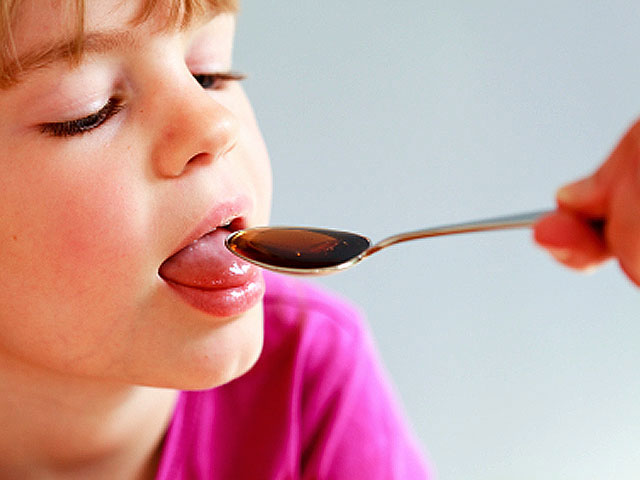 Giving young children agave nectar or a placebo treatment of flavored, colored water both appear to help reduce cough symptoms at night more than not giving any treatment, according to a new study.

"Many pediatricians suggest doing nothing for cough and cold symptoms other than maintaining hydration and perhaps giving acetaminophen or ibuprofen," said lead researcher Dr. Ian Paul, chief of the Division of Academic General Pediatrics at Penn State College of Medicine in Hershey, Pa.

"It is possible that giving a sweet liquid 'placebo' is preferred for families and children than doing nothing or, even worse, taking an unnecessary antibiotic," he said, adding that this is a discussion families should have with their providers.

Paul's research team compared three treatment types among 120 children under 4 years old who had a nighttime cough lasting less than a week that did not appear related to any other specific condition.

The children were randomly placed in one of three groups: 40 children received no treatment, 40 were given a placebo, and 40 were given pasteurized agave nectar from Zarbees, Inc., who also provided funding for the study.

Agave nectar, a natural sweetener, was selected because past research has shown that honey can help reduce cough symptoms in children, Paul said. But, honey isn't safe for use in children under age 1 due to botulism risk, according to the U.S. Centers for Disease Control and Prevention. The placebo was a grape-flavored water with caramel coloring, the study noted.

The parents reported children's symptoms the night before and the night after the treatment. Children who took agave nectar and the placebo coughed less often and less severely than those who received nothing, as reported by their parents. Agave nectar showed no additional benefit over the placebo, according to the study.

The findings were published in the Oct. 27 issue of the journal JAMA Pediatrics.

"The placebo effect demonstrated by our study is important given the lack of alternatives, particularly among children under 1 year old," Paul said.

The American Academy of Pediatrics currently has no recommendations for treating a cough in children under 6 years old, he added.

Over-the-counter cough and cold medicines are not available for children under 4 years old, and there is "little to no evidence" supporting their use in older children, he said.

Manufacturers who previously sold infant cough and cold medicines voluntarily removed them from the market in 2008 following recommendations from the U.S. Food and Drug Administration that side effects of the medications could cause serious harm or death in young children, according to the FDA.

Honey is the preferred treatment for coughs due to colds in children over 1 year old, Paul said. In his past research, Paul said he has also found that topical vapor rubs containing camphor, menthol and eucalyptus oils can help cough in children at least 2 years old.

"We have known for a long time that placebos can have a substantial therapeutic benefit over a wide range of conditions," said Dr. Douglas Opel, an assistant professor of pediatrics and of bioethics at the University of Washington School of Medicine in Seattle. Opel is also the co-author of an accompanying editorial in the same issue of the journal.

But this study raises questions about how the placebo has its effect in children and what doctors should do about it, he said.

Opel said it's probably a combination of both, which leads to the question of whether a pediatrician or family doctor should recommend a placebo for parents to give their children with cough symptoms.

"If a placebo is of low cost, has no or minimal side effects, and the parent or patient is not deceived about the nature of the treatment," he said, then perhaps it is time to consider the placebo as a treatment.

Regardless of whether parents choose that route with their doctor or not, they should be alert for symptoms that don't go away, Paul said.

"When a child is not responding to this treatment, is getting worse or shows other signs of a worsening illness, always check with your health care provider," he said.