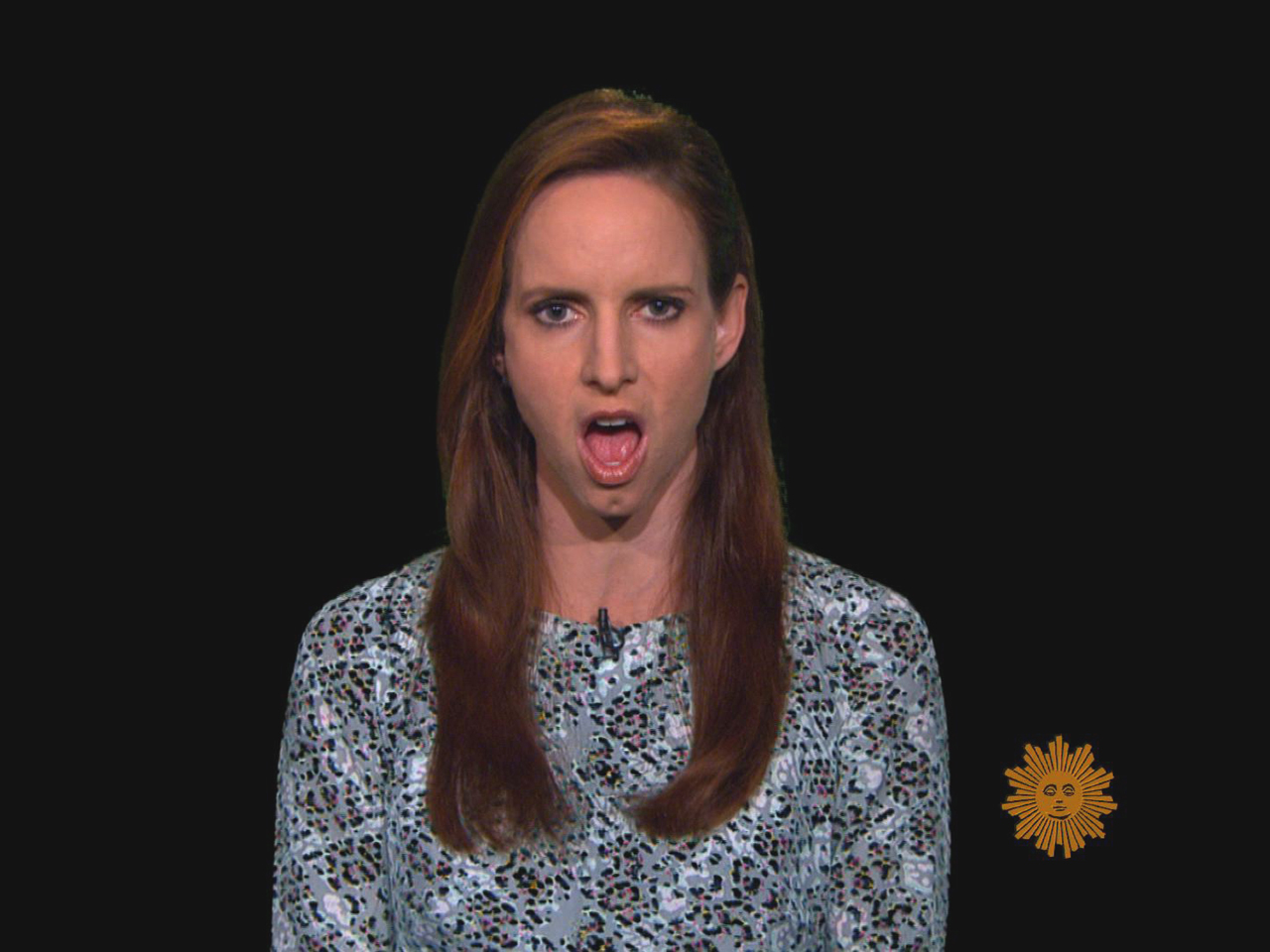 America's young women are running out of oxygen.

Believe it or not, there's a scientific term for the way a Kardashian speaks, and it's "vocal fry." It's a low, creaky vibration produced by a fluttering of the vocal cords.

Speech pathologists call it a "disorder" that verges on "vocal abuse."

Call it a quirk, a trend, or an epidemic -- vocal fry is everywhere. A recent study of women in college found that two thirds of them use this glottalization (the full or partial closure of the glottis while articulating a sound).

Which explains why the fry is a sizzling topic in The New York Times, on morning TV, even NPR.

When I was a tween in the early '80s, the "Valley Girl" was born. She brought us "like" . . . and uptalk? There has been, like, a general cultural agreement that, like, that kind of speech leaves the user sounding air-heady? And unprofessional?

But vocal fry is unique, because researchers have found that women who talk this way are seen by their peers as "educated, urban-oriented, and upwardly mobile."

Some linguists even suggest that creaky young ladies are evolving our culture as linguistic innovators.

While, metaphorically, I encourage every woman to find her voice, I'm dismayed at how low it can go.

I'm burned out on the fry. It sounds underwhelmed and disengaged.

It's annoying to listen to a young woman who sounds world-weary, and exactly like her 14 best frieeeeeeeeeeends.