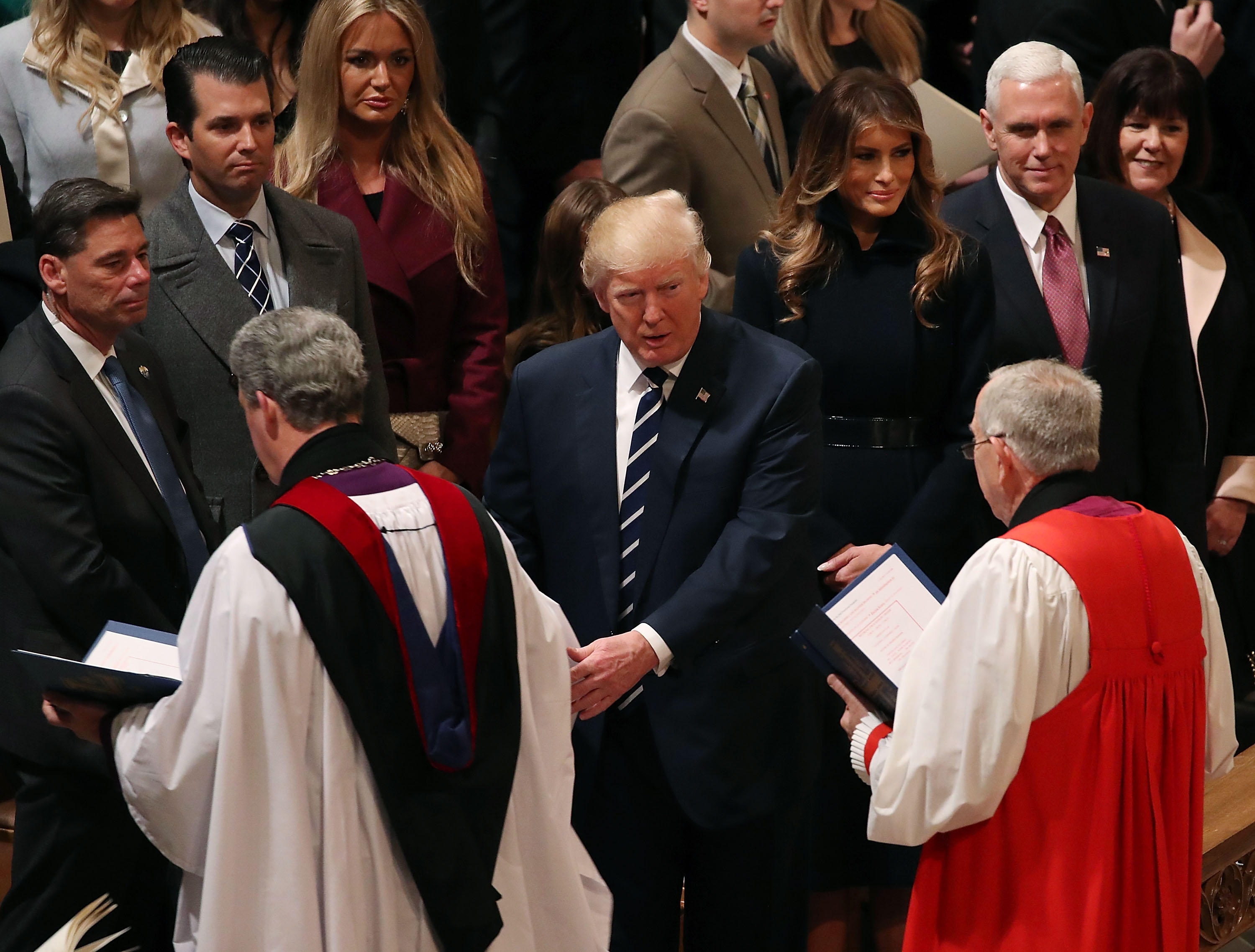 The State Department reductions have received criticism from Democrats and Republicans, and more than 100 faith leaders are adding to the outcry in a letter addressed to House and Senate leadership that was obtained by CBS News.

Evangelical and Catholic leaders, pastors, recording artists like Amy Grant, and other high-profile Christians are urging lawmakers to support the State Department and USAID which administers civilian foreign aid.

“It is our moral responsibility to urge you to support and protect the International Affairs Budget,” the letter reads, adding: “We cannot turn our back on those in desperate need.”

Cardinal Timothy Dolan and Rev. Samuel Rodriguez -- who spoke at the 2017 inauguration for Mr. Trump -- are among those backing the letter.

The letter claims the U.S. foreign affairs budget accounts for about 1 percent of federal spending, but has built “peaceful, productive societies that do not turn to violence or terrorism.”

Thursday’s letter follows on the heels of one sent last month by more than 120 retired generals who expressed concern over cuts to the non-defense budget by Mr. Trump.

You can read the full letter by Christian leaders below:

As Christian leaders, it’s an honor to represent dedicated and faithful citizens living in every congressional district in this country. We’re writing to share our support for the International Affairs Budget that every day brings hope to poor, hungry, vulnerable and displaced men, women and children around the world.

America is blessed with fertile land, abundant natural resources, a strong economy, and faithful citizens who value religious freedom. But beyond our borders, many countries experience unparalleled suffering and loss of life due to extreme poverty, disease, natural disasters, and conflict. Today, there are 65 million displaced people, the most since World War II, and 795 million people still go to bed hungry every night.

Matthew 25 tells us when we serve the least of these, we are serving the Lord. As people of faith, we cannot turn our back on those in desperate need. We are grateful for America’s global development and diplomacy programs that have been instrumental in saving lives, safeguarding religious liberties, and keeping America safe and secure. Both Republican and Democratic administrations have strong legacies of supporting humanitarian and development programs that enable countless people to pull themselves out of poverty and live life with dignity. It is through these diplomatic and development tools that we’ve seen countries and communities build peaceful, productive societies that do not turn to violence or terrorism.

At a time when we’re especially security conscious, the International Affairs Budget is crucial to demonstrating our values to the world, building friendships with other nations, and lowering security risks around the world.

With just 1 percent of our nation’s budget, the International Affairs Budget has helped alleviate the suffering of millions; drastically cutting the number of people living in extreme poverty in half, stopping the spread of infectious diseases like HIV/AIDs and Ebola, and nearly eliminating polio. Additionally, it promotes freedom and human rights, protecting religious freedom for millions around the world.

As followers of Christ, it is our moral responsibility to urge you to support and protect the International Affairs Budget, and avoid disproportionate cuts to these vital programs that ensure that our country continues to be the “shining city upon a hill.”

Thank you for your consideration.