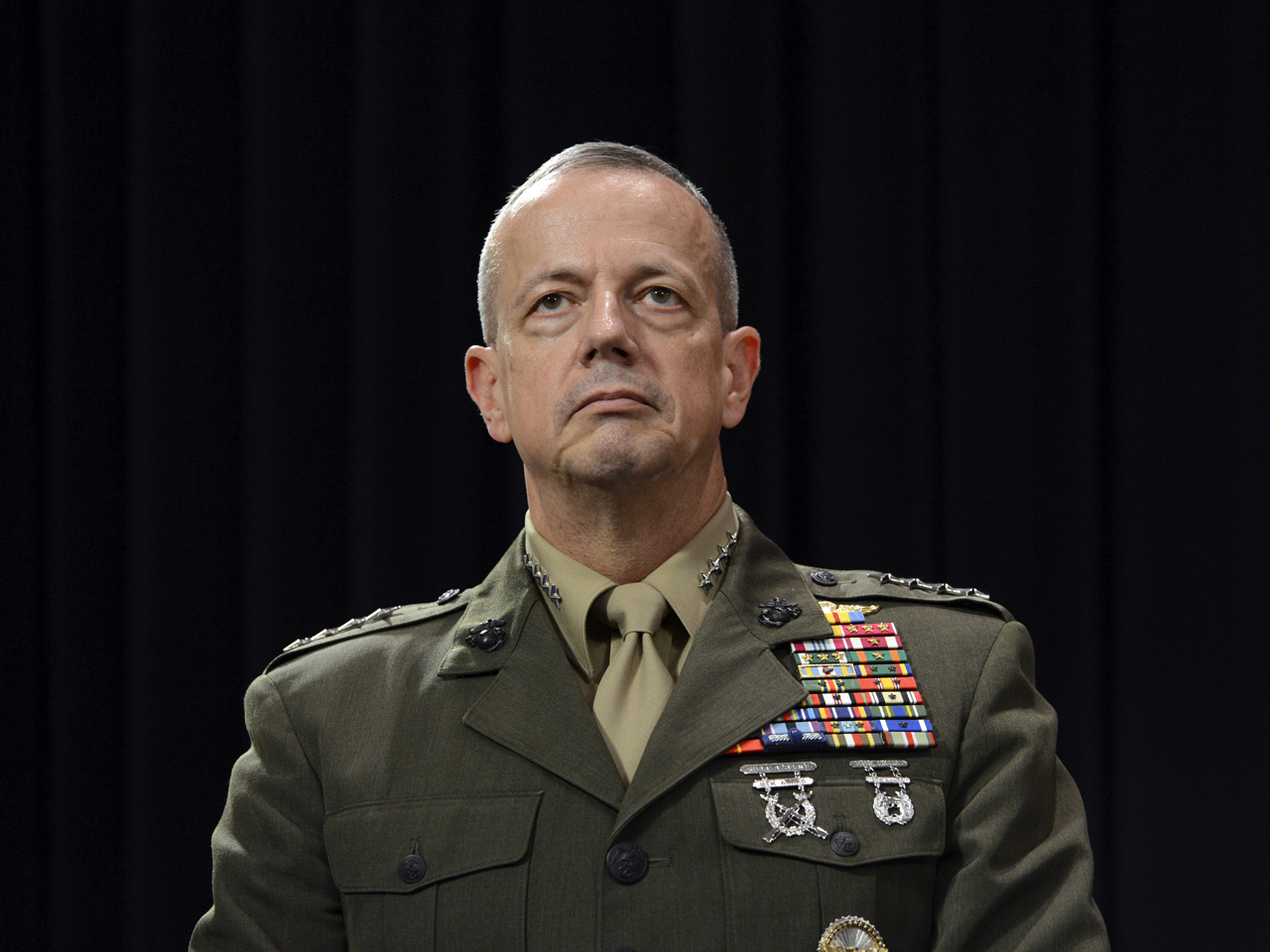 More than 120 retired generals are making what may seem like a surprising defense of government spending on diplomacy. Their unified perspective is expressed in letter to congressional leadership and was prompted by an announcement of major cuts to the non-defense budget and a corresponding increase of $54 billion to defense spending.

The generals quoted Defense Secretary James Mattis to illustrate their point that foreign policy is not monolithic, and that diplomacy and defense are equal partners in U.S. policy.

“As Secretary James Mattis said while commander of U.S. Central Command, ‘If you don’t fully fund the State Department, then I need to buy more ammunition.’”

“We will reinforce old alliances and form new ones -- and unite the civilized world against radical Islamic terrorism, which we will eradicate completely from the face of the Earth,” he declared in his inaugural address. Now, through his continued rhetoric and this budget announcement, it is evident that in Trump’s eyes, defending the nation means giving the military all the muscle that they need, to the detriment of diplomatic funding.

The signatories of this letter disagree that foreign policy should be approached purely as a militaristic endeavor. One signer is Marine Gen. John R. Allen, a retired United States Marine Corps four-star general, former top U.S. commander in Afghanistan, and 2014-2015 Special Presidential Envoy for the Global Coalition to Counter ISIL appointed by President Obama.

“Cutting the State Department budget by 30 percent is consigning us to a generational war. We cannot fight our way out of this. It is an issue which can be decided by decisive diplomacy and enlightened development,” General Allen told CBS News.

“If [the president] wants to eradicate radical Islamic terrorism, his only hope of doing it is not through an interminable war on Islam. It is by funding the very things in the State Department that give us the capacity to work with other countries and to help, in the context of development, to change the human condition in places in the world where young men and women are radicalized by virtue of the social environments they are in. They are pushed into the arms of extremists who we must fight.”

The letter was coordinated by the U.S. Global Leadership Coalition, a group of business executives, foreign-policy experts and retired senior military officials who advocate for using diplomacy with defense -- not instead of it. They addressed their letter to House Speaker Paul Ryan, House Minority Leader Nancy Pelosi, Senate Majority Leader Mitch McConnell, and Senate Minority Leader Chuck Schumer. There were also copies sent to the State Department, the Department of Defense and Trump’s national security adviser, H.R. McMaster.

“We know from our service in uniform that many of the crises our nation faces do not have military solutions alone -- from confronting violent extremist groups like ISIS in the Middle East and North Africa to preventing pandemics like Ebola and stabilizing weak and fragile states that can lead to greater instability,” the generals wrote.

Specific numbers regarding the State Department cuts have not been made public, but State Department employees are on edge. They don’t want to see a sledgehammer approach applied to the funding for their diplomatic work. Some fear that these cuts will lead to a destruction of government rather than what Trump’s Chief White House Strategist Steve Bannon calls “a deconstruction of the administrative state.”

“The Department is working with the White House and OMB to review its budget priorities,” wrote Mark Toner, acting State Department spokesperson. “The Department remains committed to a U.S. foreign policy that advances the security and prosperity of the American people.”

Former Secretary of State Madeleine Albright declared the proposed cuts will “undercut American diplomacy, which is important for national security.” She made those comments on Monday night on a panel for J-Street, a group of liberal pro-Israel Americans.

Though Trump is not known for listening closely to critiques, he has shown some inclination toward the generals he has among his own staff and Cabinet, including national security adviser Gen. H.R. McMaster.