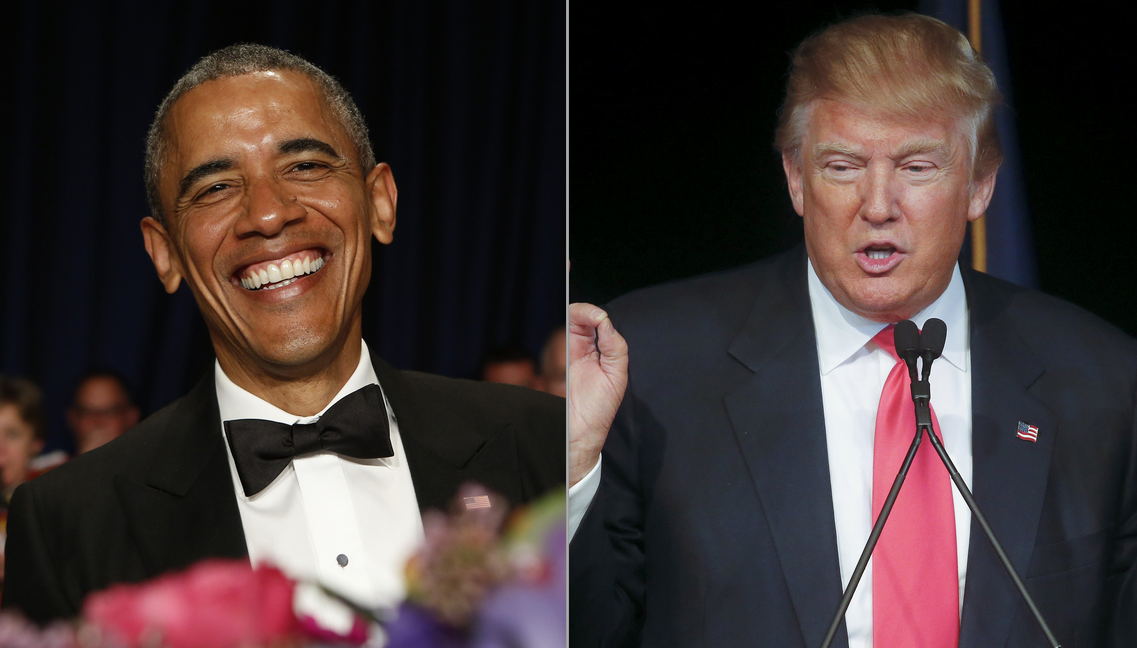 WASHINGTON In presenting himself as the "law and order" candidate for president, Donald Trump portrays a nation of lawlessness and disorder.

That grim picture may speak to the visceral fears of voters of a country "out of control," as Trump put it. It does not, though, reflect a trend of declining crime that has been unfolding over 25 years.

Crime figures are a malleable source of information. Depending on what time period is compared, and which crimes are considered, they can be used to tell a tale of progress or setbacks. Here's a look at some of Trump's recent statements, President Barack Obama's very different assertions and how they compare with the facts:

TRUMP: "Crime is out of control, and rapidly getting worse. Look what is going on in Chicago and our inner cities. Not good!" - Tweet.

TRUMP: "Violent crime has increased in cities across America." - Speech on Monday.

THE FACTS: Violent crime has dropped dramatically since the early 1990s.

Even so, Trump has some statistical support for claiming violent crime is up in big-city America.

One year's results, though, cannot be taken to mean that the overall trend of declining violent crime is changing.

There have been other upticks in violent crime in the past 15 years, even as rates have fallen over the longer period. In both 2005 and 2006, the number of violent crimes reported to the FBI increased 2.3 percent and 3.2 percent respectively. That was followed by five years of declines.

"It is a mistake to say crime is out of control and rapidly getting worse," Darrel Stephens, executive director of the Major Cities Chiefs Association, told AP. "We do have increases in many cities and it should be of concern to people, but the rate is well below the early '90s when it was at its peak."

Said Chuck Wexler, executive director of the Police Executive Research Forum: "I would not say that crime is out of control everywhere or anywhere for that matter, in comparison to where we were 25 years ago."

OBAMA: "It is important to keep in perspective that in places like New York, or Los Angeles, or Dallas, you've seen huge drops in the murder rates." - News conference, Saturday.

THE FACTS: He's right about New York but Los Angeles and Dallas saw increases in homicides from 2014 and to 2015, and in the first three months of this year compared with the same period last year, according to the Major Cities Chiefs data. Over time, however, murder rates have fallen drastically in both cities over the past 25 years, FBI data show. Violent crime in those cities also has been on the decline since the early '90s, much like the rest of the country.

Obama did not specify the time period behind his claim.

The FBI's annual Uniform Crime Report, the main source of data on crime, isn't a perfect measure because police departments voluntarily report their numbers and some departments may classify crimes differently. But the decline seen in the FBI's numbers has been mirrored in another nationwide crime measure, the National Crime Victimization Survey published by the federal Bureau of Justice Statistics.

TRUMP: "According to the Chicago Tribune, there has already been more than 2,000 - 2,000 - shooting victims in Chicago alone this year. This epidemic of violence destroys lives, destroys communities and destroys opportunity for young Americans."

OBAMA: "I'm not just talking about mass shootings. I'm talking about the hundreds of people who have already been shot this year in my hometown of Chicago - the ones that we just consider routine."

But with Chicago homicides starkly rising, Trump and Obama were on solid ground in pointing to the reality that it has been a bloody year in that city.