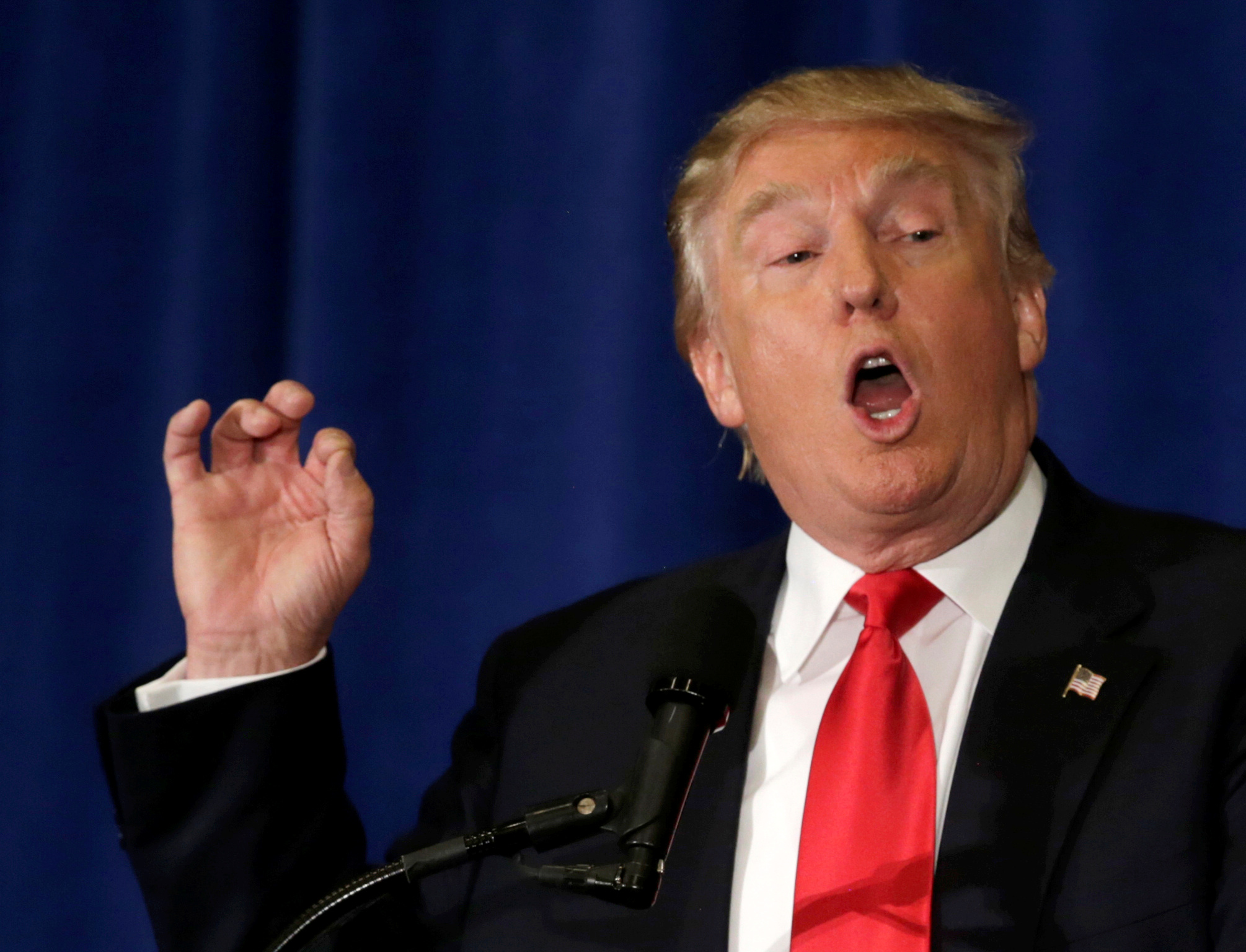 VIRGINIA BEACH, VA - Portraying himself as the "candidate of compassion" and the "law and order candidate," presumptive GOP nominee Donald Trump gave a speech here Monday that was supposed to be solely focused on veterans' issues.

However, Trump's speech spent equal amount of time discussing his staunch support of law enforcement and excoriating his likely Democratic opponent, Hillary Clinton, over her use of a private email server.

Trump's comments on policing come in the midst of a tense backdrop, as the country continues to feel the aftershocks of five police officers killed during a protest in Dallas last week. That shooting came on the heels of police encounters with African-American men in Minnesota and Louisiana that turned fatal.

"America's police and law enforcement personnel are what separates civilization from total chaos and the destruction of our country as we know it," Trump said. "We must remember the police are needed the most where crime is the highest."

Trump continued: "Politicians and activists who seek to remove police or policing from a community are hurting the poorest and most vulnerable Americans."

It wasn't clear what politicians or activists he was referring to that he alleged wanted to remove police from communities. The crowd of invited guests and veterans nodded along with his speech - often interrupting him with standing ovations and hollering. Sometimes, the speech had the feel of a church sermon on a Sunday.

Trump offered a ten-point plan for how to fix the United States Department of Veterans Affairs. Most of the points lacked specifics - but Trump did say that he would "begin a full investigation" of the Department in his first month in office. The core of Trump's message was that he would cut fraud and abuse - but also allow veterans to pursue care anywhere - whether in public facilities or private.

"Most of those responsible have still not been held to account," Trump said. "Fixing this corruption will be one of my many and really highest priorities. And believe me, it will really happen. I'm good at things like that."

Trump vowed to appoint Secretary of Veterans Affairs whose "sole mandate" would be to "clean up the VA," and that he would ask Congress to pass a law giving the secretary wider latitude to fire underperforming federal authorities. He called for bonuses to be awarded based on job performance.

"Veterans should be guaranteed the right to choose their doctor and clinic," Trump said. "Whether at a VA facility, or at a private medical center. We must extend this right to all veterans, not just those who can't get an appointment in 30 days."

His message was similar to a speech he gave last October - when Trump unfurled one of his first issue papers in Norfolk, Virginia.

"Under this plan, we'll ensure the VA is spending its dollars wisely, not corruptly," Trump said at the time. "I believe a lot of it's corruption, personally. Nobody can be that incompetent."

Trump has had a complicated relationship with veterans this campaign cycle. He held a fundraiser in January, in lieu of attending a Fox News debate, that he said raised $6 million for veterans. He repeatedly boasted that he himself had given $1 million. It took four months for all the money to be raised and distributed to veterans charities - and it happened only after a Washington Post reporter repeatedly pressed the campaign on the donations.

The Trump campaign had claimed for months that the money had already been given out.