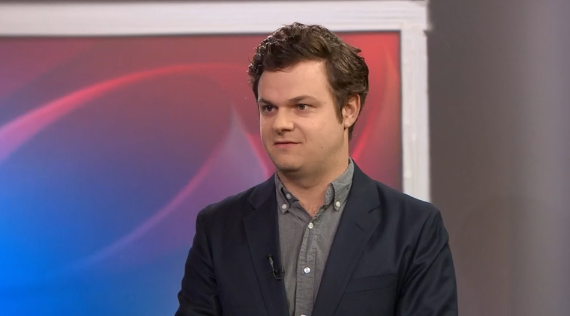 Facebook is "doing the absolute bare minimum" when it comes to safeguarding the data of its 2 billion users worldwide, technology reporter Sam Biddle told CBSN. Facebook (FB) CEO Mark Zuckerberg spoke at Tuesday's first day at the F8 developers conference in San Jose, California, where he didn't mention the user data privacy scandal that affected tens of millions of users.

Sam Biddle, technology reporter for The Intercept, told CBSN's Elaine Quijano that the tech giant doesn't seem serious and is partly worried about its image.

Zuckerberg did say the company was releasing a new tool that it says will add to users' control over their privacy settings. Called "Clear History," the tool will allow users to see what apps and websites share information with Facebook and delete this information from their account.

Another concern Biddle raised about Facebook was Tuesday's announcement about a dating app. Zuckerberg said it will be completely optional, not "just for hookups," not viewable to users' friends and will only suggest partners who are outside someone's friend group.

"I think it really showed just how not worried Mark Zuckerberg and Facebook are ... that they would go from the biggest privacy scandal in the history of the company and the biggest tech privacy scandals ever to a new app that is going to be getting the details of your dating life and maybe sex life," Biddle said.

Biddle continued, "That is pretty intimate stuff and for a company that has just admitted that it betrayed the trust of its 2 billion users to now say, 'Hey why don't we set you up' ... that's a lot of confidence."

Facebook has attempted to go after competitors in the past, and this time it will be the users who will determine the fate of the dating app.

Watch more of Sam Biddle's interview on CBSN in the video player above or by clicking here.