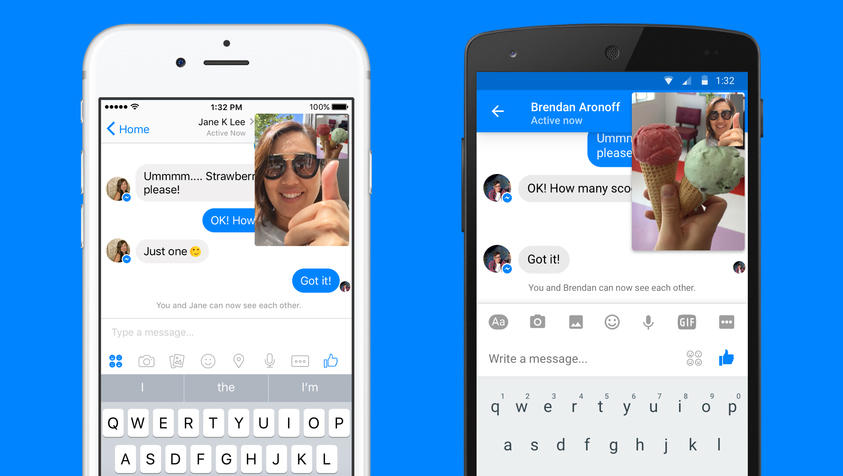 For all those times when an emoji or two (or ten, but who’s counting?) just isn’t enough – Facebook is now offering a new “instant video” feature that will let you send video snippets within its Messenger app. This means users will be able to send each other videos as well as photos, gifs and written messages while texting in the app.

This is different from video calls​, which have been available in Messenger since 2015. The instant video feature is for those times when you don’t necessarily want to make a full-fledged video call, but want to share a moment captured on camera. Maybe it’s an adorable moment with your pet​ that you just have to send a friend, or baby’s first steps or a cute giggle caught on camera for grandma.

“It’s perfect for sharing quick moments with friends who aren’t right by your side or making your conversations richer by seeing each other face-to-face when you are messaging,” Facebook said in a blog post announcing the feature. “Sometimes you want to ask a friend’s opinion on a pair of shoes you want to buy... or just want to see your BFF’s reaction to your witty message when you’re in a place where you can’t actually talk live.”

The new feature works in both Apple iOS devices and Android.

To send instant video, both you and the recipient have to have the Messenger app open. Tap on the video icon to start sharing real-time video.

Audio is off by default, but sound can easily be turned on if you choose. The friend you’re texting with will see the video instantly, and can have the option to reply with video or a regular text.