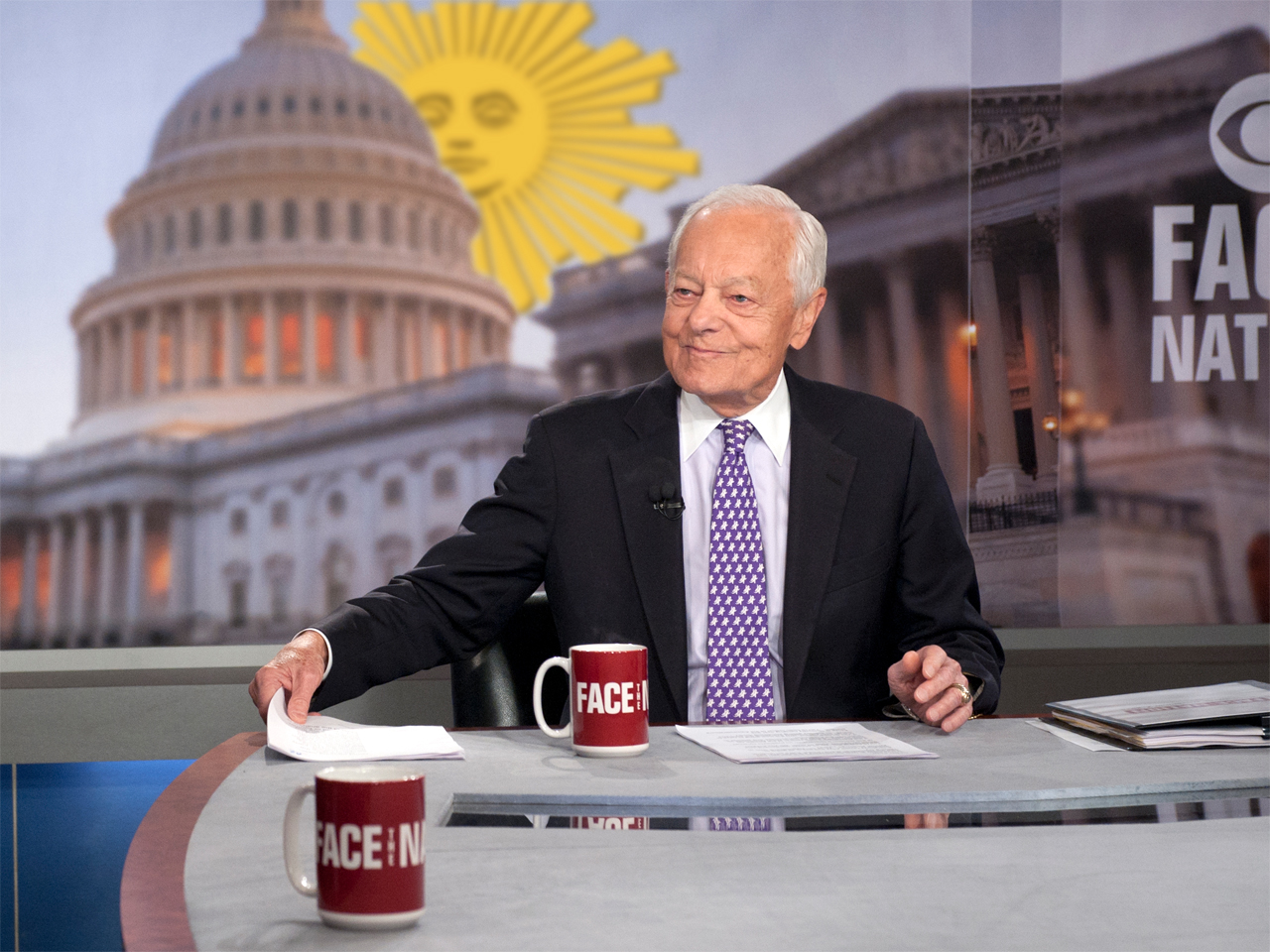 "Face The Nation" first took to the airwaves on November 7th, 1954 . . . which makes it 60 years old, and television's second-longest running political interview program.

Senator John McCain is the guest who's racked up the most appearances: 101.


And while the guest list has been long, the number of people who've served as the host of "Face the Nation" is much shorter . . . just eight.