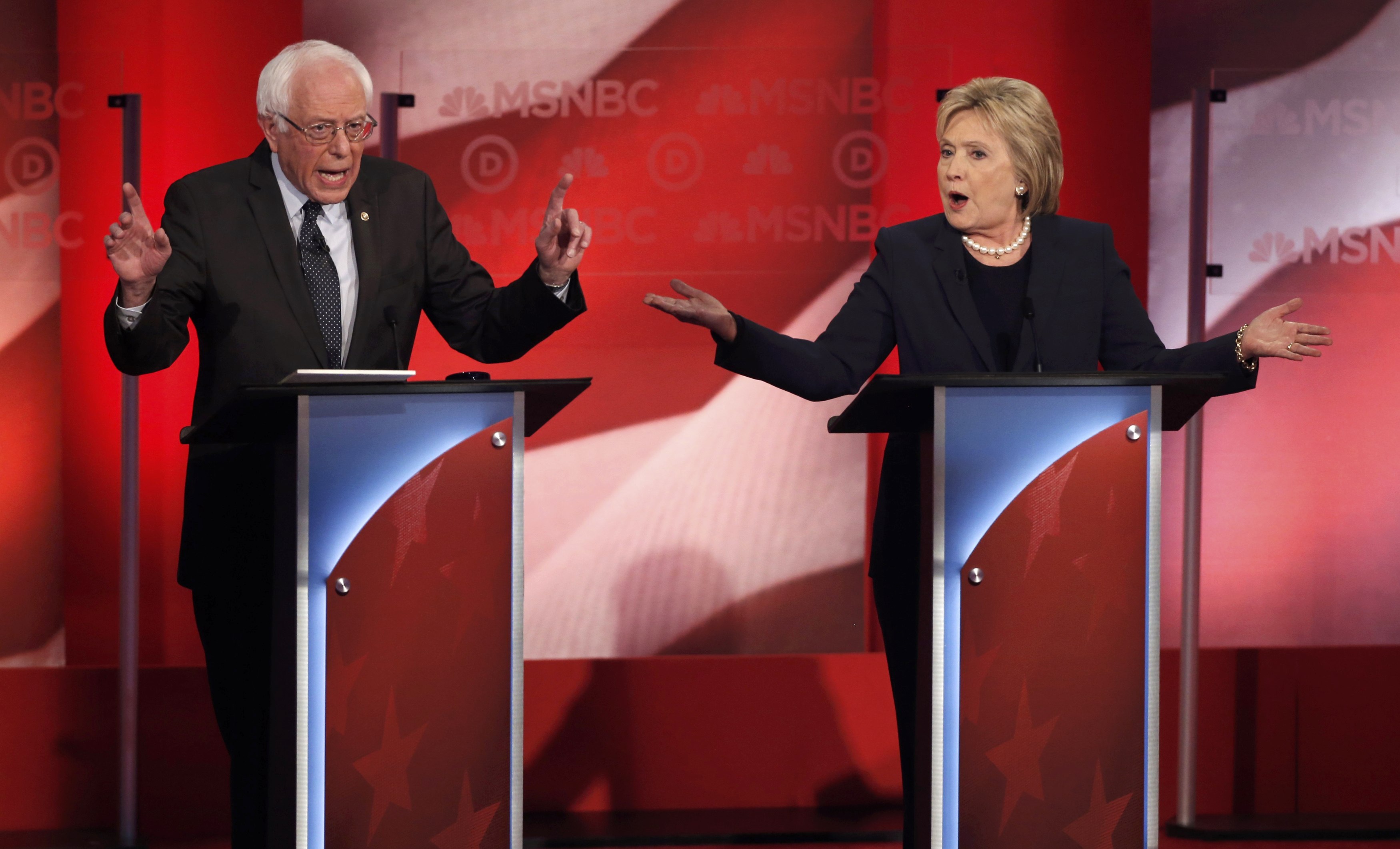 WASHINGTON (CBS News) - With just hours to go before the polls open in New Hampshire, we spoke to the two remaining Democratic presidential candidates. Vermont senator Bernie Sanders continued to call into question the large donations the Clinton campaign has received from large financial institutions. Former Secretary of State Hillary Clinton responded to the accusations saying that she "resents" the implications. Clinton also responded to the claim made by Republican presidential candidate, Sen. Marco Rubio (R-FL), that the former Secretary of State supports late- term abortions even up to a baby's due date.

This Sunday, Sen. Bernie Sanders assured voters that he is not smearing the Clinton campaign by calling into question the donations she has received from Wall Street. Sanders, who is leading in New Hampshire heading into its Primary tomorrow, stated that he is just stating facts.

"When, in the last reporting period, her Super PAC received 25 million dollars, and 15 million of it came from Wall Street, what is the smear? That is the fact." The Vermont Senator said.

When "Face the Nation" host John Dickerson asked Sanders to name a vote or an opinion that was changed due to any Wall Street influence, Sanders responded saying, "There's never been a politician in history who said, 'That money influences me.'" Sanders then added, "I think, you know, the American people know better."

Democratic front runner Hillary Clinton appeared on Sunday's broadcast and defended her relationship with large financial institutions, saying that she is open and available to "people from all walks of life."

Clinton also referred to the donations that President Barack Obama's campaign received during the election in 2008 saying, "That would be like saying President Obama who took more money from Wall Street than certainly any Democrat ever had in 2008, with his successful campaign, was therefore automatically disqualified. Well in fact we know that's not true. He's signed toughest financial regulation since the 1930s with the Dodd-Frank bill."

During the broadcast, Dickerson also brought up the claim that Florida senator and Republican presidential candidate, Marco Rubio, made at Saturday's Republican debate that Clinton supports an abortion on, "the baby's due date." Clinton called the claim "pathetic."

"This is something that illustrates how Senator Rubio has just been going as far as he can to try to I guess buttress his credentials with certain parts of the Republican constituency."

Finally, during Sunday's broadcast Bernie Sanders defended his foreign policy experience. Sanders responded to assertions made by Hillary Clinton that he does not have the experience to be ready on day one of the presidency to tackle the issues that the United States faces overseas.

"Well that's what she said about Barack Obama in 2008," Sanders said and added, "and it turned out not to be true. I am impressed by the quality of his foreign policy."

Sanders also displayed his own record in the Senate as it relates to foreign policy stating that, "on the most important foreign policy issue in modern history, the War in Iraq, I voted against the war. I led the opposition against the war. And if you go to my website, berniesanders.com, you will see that much of what I feared would happen, in fact did happen."

Our interviews with the two Democratic presidential candidates made news in The Washington Post, The NY Post, Buzzfeed, Talking Points Memo, Business Insider, The Hill, The Daily Mail, The Washington Times and Politico.

CBS News' Holly Williams reports from Iraq on the latest developments in the fight against extremists with the Islamic State of Iraq and Syria
View CBS News In
CBS News App Open
Chrome Safari Continue
Be the first to know
Get browser notifications for breaking news, live events, and exclusive reporting.