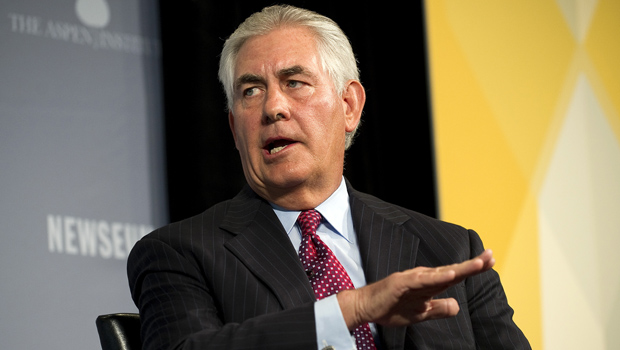 The oil giant said Tuesday in a regulatory filing that Tillerson will also get a bonus of $4.59 million and 225,000 shares of restricted stock.

Tillerson's 2012 salary was $2.57 million, which was up from $2.39 million the previous year, according to previous filings.

Exxon said that about half the latest bonus will be paid in cash by year-end and the rest paid later through units that can be converted to cash based on a formula tied to cumulative quarterly earnings per share.

Half the restricted shares must be held for five years and half for 10 years or until retirement, whichever comes later.

In 2011, the last year for which full details are available, Tillerson received compensation worth $25.2 million, including salary, bonus, stock awards and other items. Investors at Exxon's annual meeting in May supported Tillerson's salary, casting roughly 78 percent of their shares in favor of the company's compensation-setting system, ignoring critics who said executive pay was too high.

Tillerson, who has been CEO since 2006, is 60. Exxon Mobil has an age-65 retirement rule but it was waived for Tillerson's predecessor, Lee R. Raymond.

In the first nine months of 2012, Exxon, based in Irving, Texas, earned $34.93 billion, or 10 percent more than the same period last year, on revenue of $367.12 billion. Third-quarter earnings fell 7 percent from the same quarter in 2011, however, as the company produced less oil and gas at lower prices.

The weak global economy has dampened demand for oil, and strong production in the U.S. has held down natural gas prices.

Shares of the world's largest publicly traded oil company fell 42 cents to close at $87.19. They have gained about 3 percent for the year.