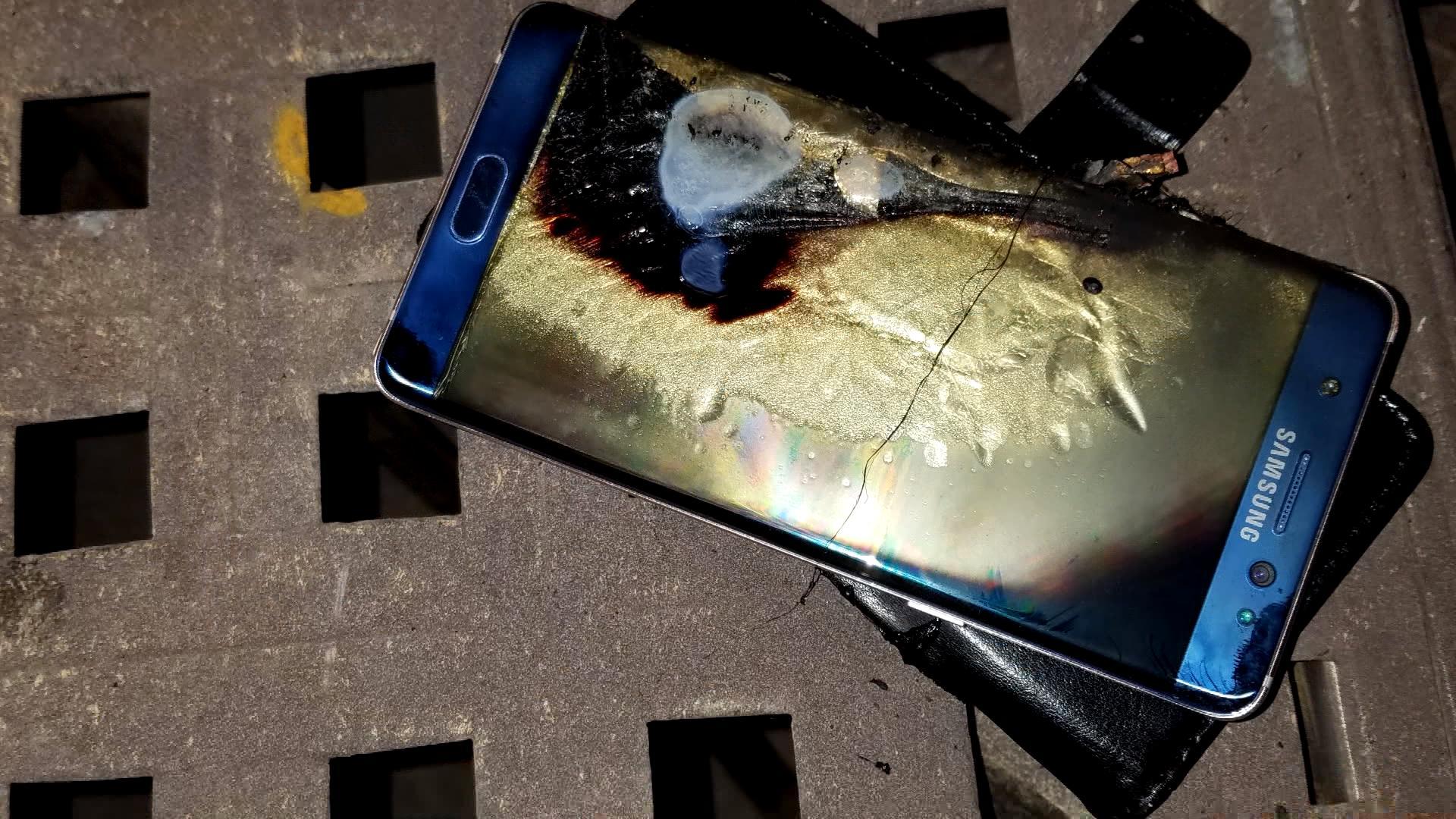 Last September, 19-year-old Michael Taylor came home after a long day on his parents’ farm in Rockton, Ill., plugged in his phone and went to sleep.

When he woke up, he saw “a flame about two to three feet long, shooting from the phone.”

His Samsung Galaxy Note 7 had exploded -- leaving him with severe burns on his legs.

“I have never had a pain that strong in my life. I’ve literally taken a pitchfork through my foot and it doesn’t even compare to that,” Taylor said.

Samsung apologized in the aftermath of stories like Taylor’s, recalling all Note 7 phones, offering exchanges and promising their consumers complete transparency.

But when Taylor decided to sue Samsung for damages, he confronted an obstacle Samsung had buried.

Inside the box, under the phone, inside another box, on the last few pages of the warranty guide, is a clause requiring “all disputes with Samsung” be resolved through “final and binding arbitration, and not by a court or jury.”  A consumer has 30 days to “opt out” - or else he or she cannot sue.

“I think the hope is that you’re never going to find it, and you’re not aware of it,” says Myriam Gilles, a dean at the Cardozo School of Law who has spent a decade studying arbitration.

Gillies calls it a high bar, “especially because it’s on page 16 of a small booklet that most people never even open.”

“They want to protect themselves against all liability,” Gillies says.

Arbitration is a gamble -  the arbitrator is chosen by Samsung. There’s no right to appeal. Its completely secret, and if he loses, Michael Taylor could be ordered to pay Samsung’s legal fees.

“He and his lawyer need to have a serious conversation about how likely it is they’ll win,” Gillies says. He’ll have to pay Samsung’s lawyers -- “and Samsung has some of the best lawyers in the country,” she says.

Samsung sent one of them to federal court in December to argue Taylor’s claim should be thrown out because he never opted out.

“I don’t know how I was supposed to be able to opt out of something I didn’t know existed,” Taylor says.

When he began to become aware that he was up against this clause, Taylor says he “felt like I was robbed of a right that I have in my country.”

Samsung isn’t alone. See below for details of how other companies use opt-out clauses in their terms and conditions to ensure they don’t face lawsuits for damage caused by their products.