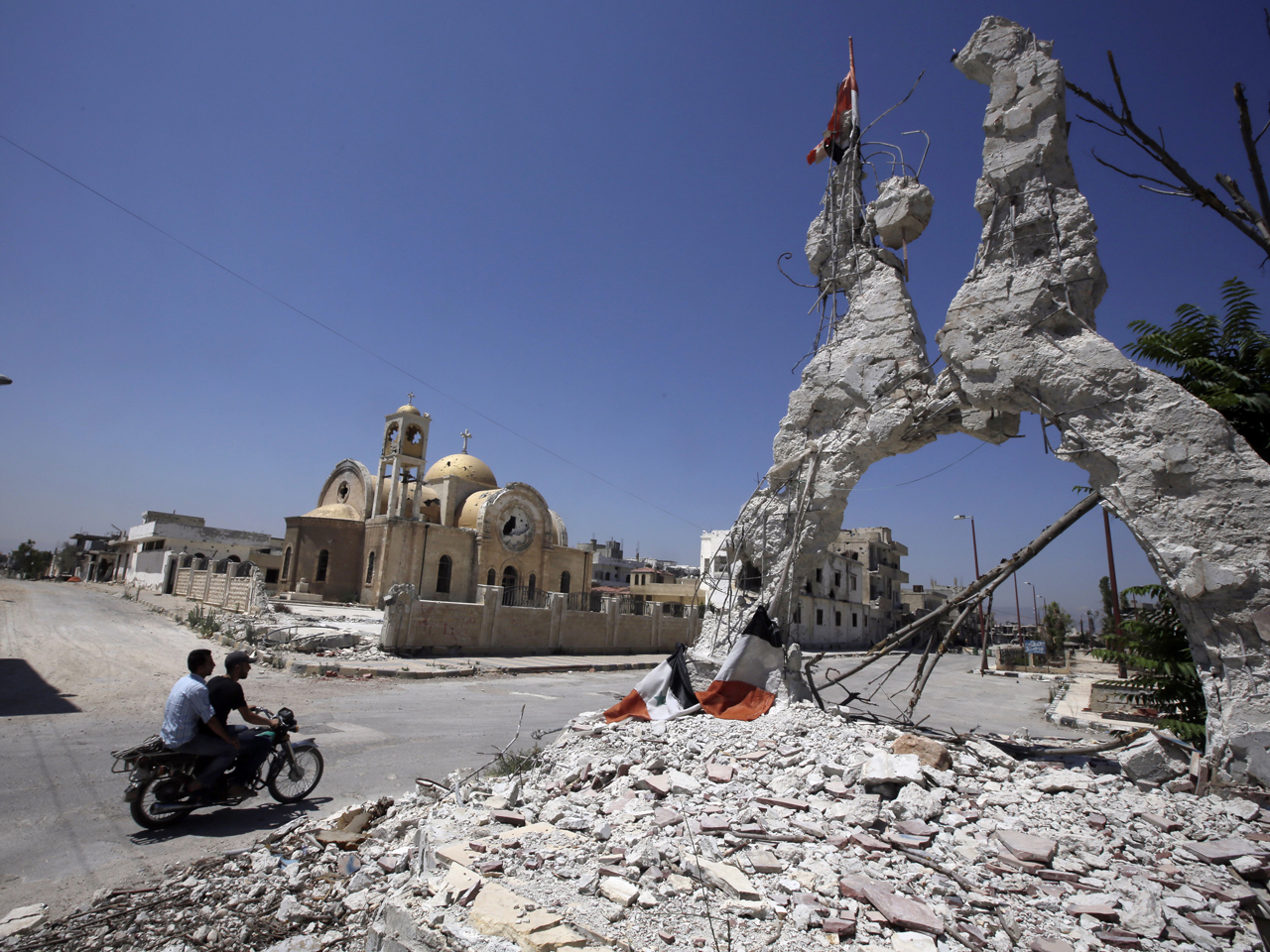 GENEVA - Syrians on opposite sides of their country's civil war tried again Sunday to find common ground, with peace talks focusing on the release of prisoners and an aid convoy to a besieged city that once more came under mortar attacks from the government.

Once again the delegation for President Bashar Assad complained that the talks are avoiding the main issues and questioned their usefulness.

The proposed convoy of aid to Homs, Syria, which has been under government attack for more than a year, would provide a tangible success for a peace conference beset from the start by low expectations.

But the opposition accused the government of "stalling" and said no progress had been made yet.

The governor of Homs, Talal Barazi, told CBS News’ George Baghdadi that he has been trying to get humanitarian aid with U.N. assistance to the area for weeks, long before the Geneva conference began.

“The last meeting with the UN officials took place last Friday. They did praise our cooperation and the way we handle the humanitarian issue,” Barazi said.

“Most of the hotspots in the countryside of Homs, including Talbisa, Rastan, Holeh, Zaafaraneh … etc, were provided with essential assistance -– water, electricity -- a while ago, and we have done our best to get medicine and other important commodities as well before talks started in Geneva,” he added, underlining that humanitarian assistance should reach all Syrian cities and towns, not only the city of Homs.

Lakhdar Brahimi, the U.N. mediator acting as a buffer between the two sides, said the thorniest topic - a possible transitional government - will not come up until at least Monday.

He said late Saturday that the two sides would first try to come together over humanitarian aid and a possible prisoner exchange, describing a process of "half-steps."

"I think this belittles the importance of this conference and the goal that was drawn for it," said Bouthaina Shaaban, an adviser to Assad.

The Western-backed opposition, made up largely of exiled Syrians, says Assad has lost legitimacy and can no longer lead a country after unleashing the military on largely peaceful protests nearly three years ago.

The government says the rebellion is rife with terrorists and that Assad is the only person able to end the fighting that has killed more than 130,000 people.

In the meantime, the homegrown rebellion has become a regional proxy war between Iran and Saudi Arabia, with foreign fighters flooding in on both sides.

Homs was considered a promising place to start the negotiations.

The city was one of the first areas that plunged into armed conflict in 2011. Neighborhoods in the old city have been ravaged following repeated government assaults to reclaim control from rebels.

The city had a pre-war population of 1 million, but most residents have since fled. Activists say about 800 families are trapped, without regular access to food, medicine and basic necessities.

Monzer Akbik, a spokesman for the Syrian National Coalition opposition group, said the Syrian government delegation has asked to refer back to Damascus before giving its final answer on a Homs truce later Sunday.

"This is a stalling technique...  If there are no aid convoys entering Homs, then we consider that the other party is not serious about this process," Akbik told reporters in Geneva, adding that the opposition is nevertheless determined to stay for the political talks set to begin Monday.

He said the opposition also has submitted to the government delegation lists of tens of thousands of detainees, including thousands of women and children.

There were no reports about the aid convoy that Brahimi said Saturday was ready to go. "It is very unfortunate that the fighting continues, that the shelling continues," he said.

Heavy fighting also continued Sunday in the Kadam neighborhood on the southern fringe of Damascus, where at least 35 rebels and government troops were killed the previous day, said Rami Abdurrahman, the Observatory's director.

Abdurrahman said rebels, including fighters from the al-Qaida-linked Nusra Front, attacked a checkpoint in the area and tried to shut the main highway to the southern city of Daraa and the Jordanian border.