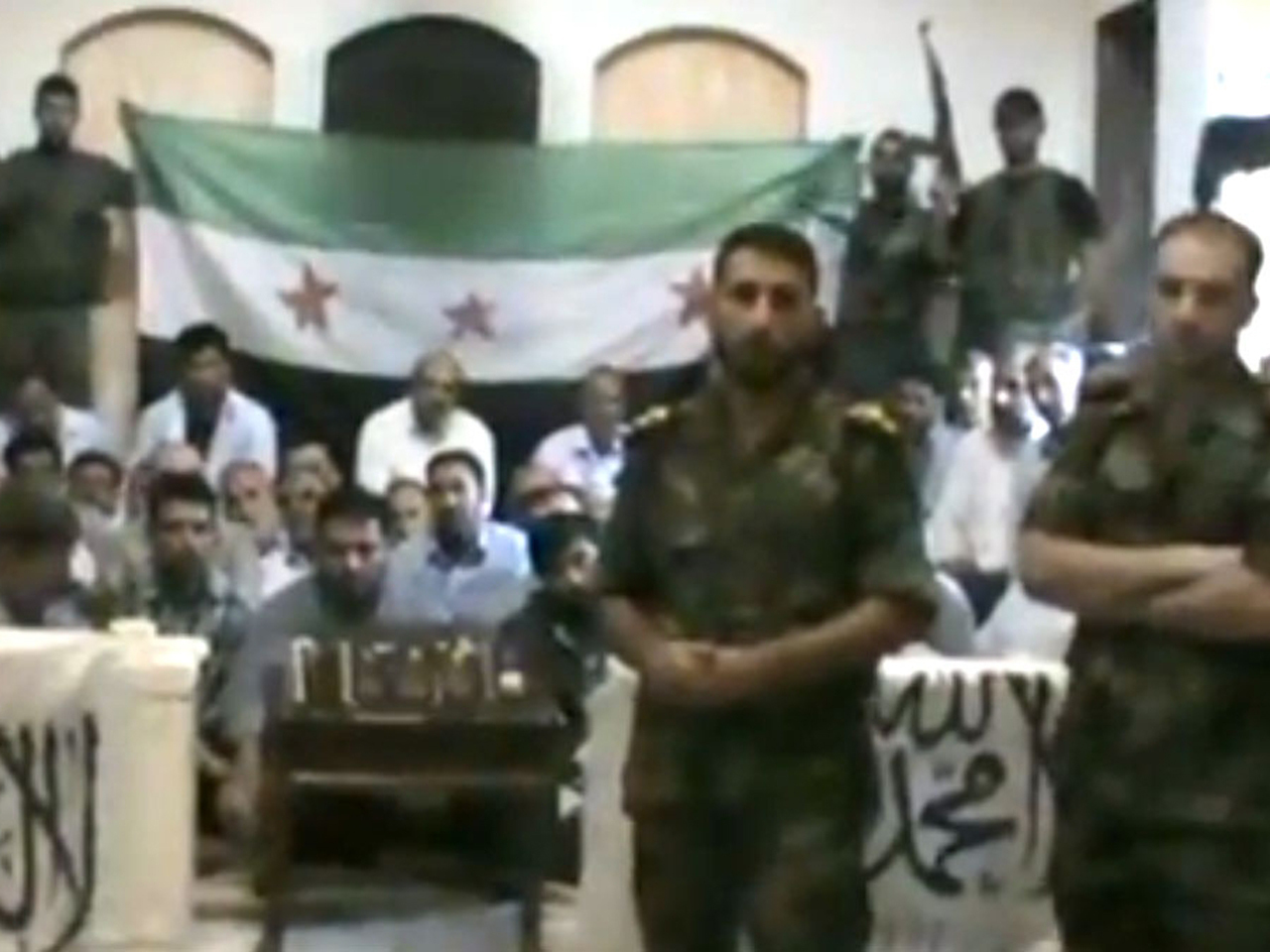 Iran has flatly denied the claim that the hostages are military personnel, insisting they are all civilians who were in Syria to visit the Sayyida Zainab shrine, south of Damascus, when they were abducted. The shrine has been frequented by Shiite Muslim pilgrims in the past, including many from Iran.

On Wednesday, however, Iran's foreign minister Ali Akbar Salehi was quoted by the Islamic Republic's government-controlled media as saying, "some retired individuals from the Guards and army" were among those being held.

"After some time in which pilgrims from Iran were not being dispatched to Syria... we took steps to send retired forces from various organizations," he was quoted as saying by Iran's state news agency and other state-run media. "Some retired individuals from the Guards and army were dispatched to Syria to make a pilgrimage."

A day before admitting the hostages' links to the elite Iranian military unit, Salehi sent a formal letter to United Nations Secretary-General, to "seek the cooperation and the good offices of Your Excellency for securing the release of these hostages."

Rebels took the Iranians hostage recently, claiming they are members of the IRGC. In a video published on Sunday, Capt. Abdul Nasser Shumayr of the Free Syrian Army's al-Bara Brigade said three of the captives had been killed in "fierce shelling" by security forces, and he threatened to execute the rest if the bombardment continued.

He later told al-Jazeera that his brigade had "intelligence information" and "documents" showing that the group belonged to the Revolutionary Guards and had come to Syria to "serve the regime".

Sending Iranian fighters into the country would change the dynamic of the conflict and provide fertile ground for a proxy war between Iran - a fervent backer of the Assad regime - and the majority-Sunni Muslim nations in the Middle East which have been the rebels' primary benefactors with weapons shipments and other support.

CBS News correspondent Charlie D'Agata, who spent last week with rebel fighters in Aleppo province, says the notion of Iranian fighters being inside Syria and doing the regime's bidding is an absolute obsession among the rebels.

"They're not only convinced of Iranian involvement, they're actively pursuing Iranians," says D'Agata.

The Obama administration believes Iran is "intensifying" its relationship with Syria, and there is tangible evidence for U.S. leaders to point to.

Assad met a senior Iranian envoy in Damascus on Wednesday and the two men spoke openly of their countries' "strategic cooperation relationship" and "attempts by some Western countries and their allies to strike at the axis of resistance by targeting Syria and supporting terrorism there."

The Iranian envoy, Saeed Jalili, told Assad that, "Iran will absolutely not allow the axis of resistance, of which it considers Syria to be a main pillar, to be broken," according to Syria's state-run news agency.

Speaking during a state visit to South Africa on Tuesday, Secretary of State Hillary Clinton said that the U.S. is concerned that the Syrian rebellion is being exploited by those who are "sending in proxies."