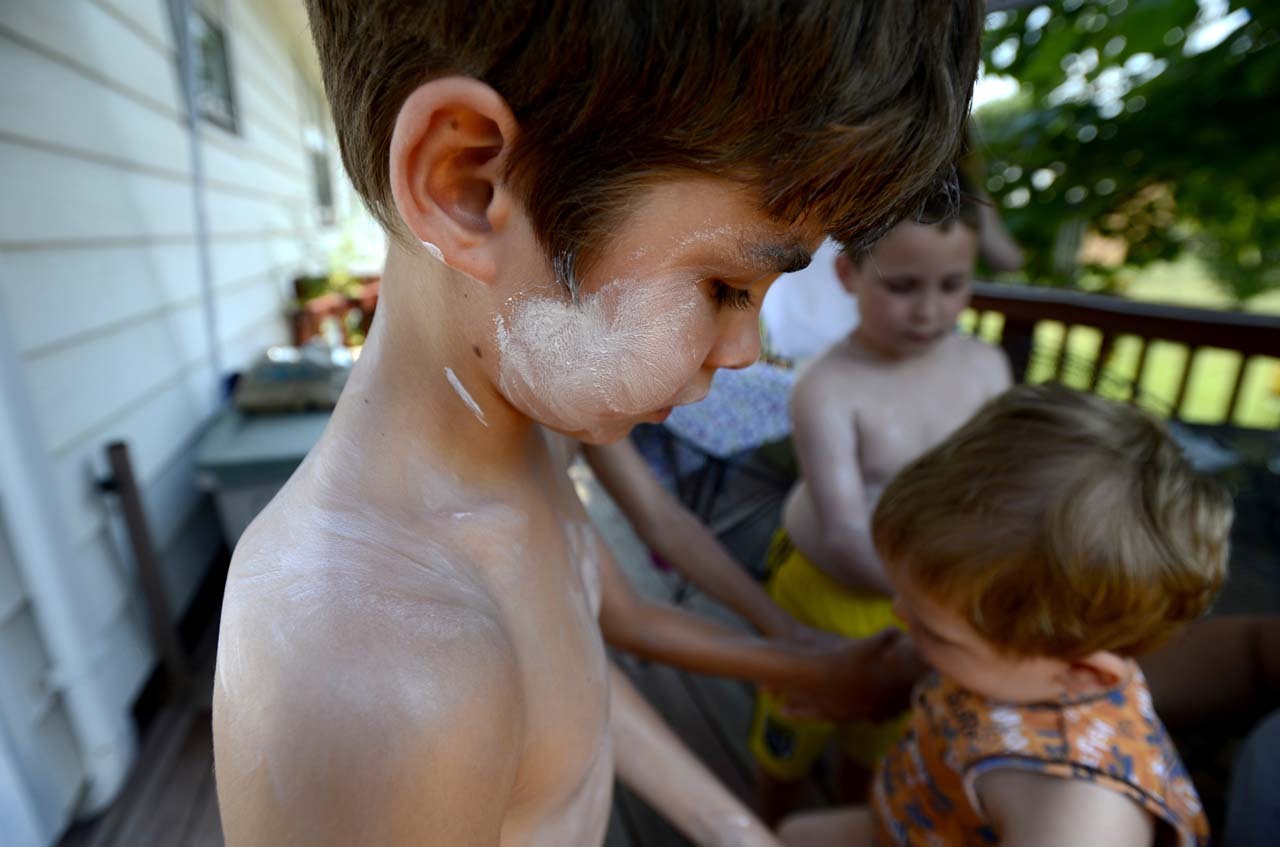 The Environmental Working Group is warning that some sunscreens may not protect people as well as they might have thought.

The consumer watchdog's latest annual report of sunscreens comes at a time when beach goers can expect to see new sunscreen labels on store shelves that are designed to make the products easier to use. Despite those long-awaited changes mandated by the Food and Drug Administration (FDA), many sunscreens continue to carry SPF ratings that some experts consider misleading and potentially dangerous, according to the working group.

"The vast majority of sunscreens available to the consumer aren't as good as most people think they are, but there are a handful of products that rise above the rest," Sonya Lunder, senior research analyst at EWG and lead author of the report, said in a written statement.

The EWG's new "2013 Guide to Sunscreens", looked at 1,400 sunscreens and similar products designed to protect consumers from ultraviolet radiation. The report found most of the sunscreens meet the FDA's new rules, which include bans on terms like "waterproof" -- which regulators consider misleading -- and requirements that sunscreens filter out both ultraviolet A and B rays. Previously some products only blocked UVB rays, which cause most sunburn, while providing little protection against UVA rays that pose the greatest risk of skin cancer and wrinkles.

Despite that broader protection, one in seven products reviewed by the watchdog group boasted sun protection factor, or SPF, ratings above 50, which have long been viewed with skepticism by experts. In part, that's because SPF numbers like 100 or 150 can give users a false sense of security, leading them to stay in the sun long after the lotion has stopped protecting their skin.

Many consumers assume that SPF 100 is twice as effective as SPF 50, but dermatologists say the difference between the two is actually negligible. Where an SPF 50 product might protect against 97 percent of sunburn-causing rays, an SPF 100 product might block 98.5 percent of those rays.

"The high SPF numbers are just a gimmick," says Marianne Berwick, professor of epidemiology at the University of New Mexico. "Most people really don't need more than an SPF 30 and they should reapply it every couple of hours." Berwick says sunscreen should be used in combination with hats, clothing and shade, which provide better protection against ultraviolet radiation.

Some dermatologists say there may be some rationale for using higher SPF sunscreens, since users often don't apply enough of the lotion to get its full effect.

"The challenge is that beyond 50 the increase in UV protection is relatively small," says Dr. Henry Lim, chair of dermatology at the Henry Ford Hospital in Detroit.

The SPF number indicates the amount of sun exposure needed to cause sunburn on sunscreen-protected skin compared with unprotected skin. For example, a SPF rating of 30 means it would take the person 30 times longer to burn wearing sunscreen than with exposed skin.

There is a popular misconception that the SPF figure relates to a certain number of hours spent in the sun. However this is incorrect, since the level of exposure varies by geography, time of day and skin complexion.

The FDA itself said in 2011 that "labeling a product with a specific SPF value higher than 50 would be misleading to the consumer." At the time the agency proposed capping all SPF values at 50 because "there is not sufficient data to show that products with SPF values higher than 50 provide greater protection for users." But regulators have faced pushback from companies, including Johnson & Johnson, which argue that higher SPF products provide measurable benefits.

As a result, the FDA says it is still reviewing studies and comments submitted by outside parties, and there is no deadline for the agency to finalize an SPF cap.

It took the agency decades to put in place last year's sunscreen changes. The FDA first announced its intent to draft sunscreen rules in 1978, but only published them in 1999. The agency then delayed finalizing the regulations for years until it could address concerns from both industry and consumers.

In June of 2011, the FDA issued new guidelines aimed at ending confusion around sunscreen labels that were to be implemented by summer 2012. However, last summer the FDA said it would delay the requirements' implementation to give sunscreen manufacturers more time .

The FDA is also reviewing the safety and effectiveness of spray-on products, which use different formulations from other sun-protection solutions. Among other concerns, the agency is looking at whether the sprays can be harmful when inhaled.

"People like the sprays because they are quick to put on and cover a lot of area," said Dr. Darrell Rigel, a clinical professor of dermatology at New York University, who was not involved in the research. "The downside is that you usually have to apply two coats."

The EWG points out there are other ways to reduce your risk for skin cancer besides sunscreen.

"The best advice for concerned consumers is to use sun-protective clothing, stay in the shade to reduce intense sun exposure and schedule regular skin examinations by a doctor," said Lunder.