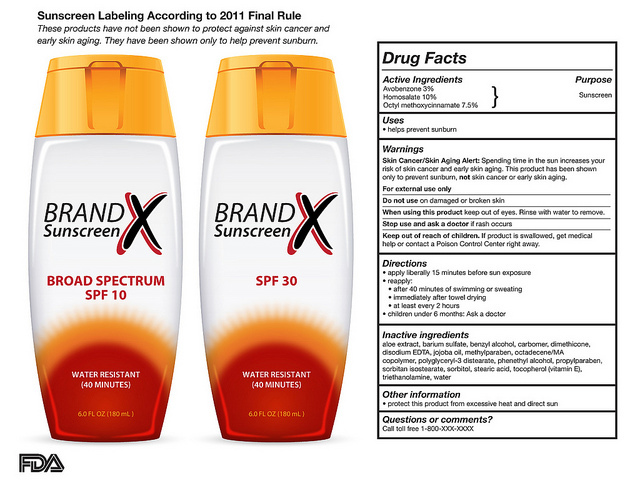 (CBS) Consumers will soon be able to better determine whether their sunscreen is truly protecting them from damaging rays. That's what the government is promising in a broad new effort to strengthen testing and labeling requirements for products that make a wide variety of claims.

"This is a very significant day," says Dr. Janet Woodcock, director of the FDA's Center for Drug Evaluation. For the first time, she says, a sunscreen that meets specific standards can specifically claim that it reduces the risk of skin cancer and early skin aging, along with preventing sunburn.

The standards are built around new required tests to determine the ability of a product to block both ultraviolent A and B rays. UVA's are considered to be the most dangerous when it comes to skin cancer development. And they also can cause skin aging, including wrinkles.

Sunscreens that show wide-ranging effectiveness will be called "broad spectrum." "Only sunscreens that are labeled both broad spectrum and SPF-15 or higher can have the claim they will reduce both skin cancer and skin aging when used as directed," Woodcock says. Sunscreens that don't meet these new standards must add warning labels that specifically state that they do not provide these protections.

In addition, sunscreens can no longer be labeled waterproof or sweat-proof. They can claim to be water resistant. But even then, Woodcock says, the front label must "tell how much time a user can expect to get the protection while swimming or while sweating." The idea is to emphasize to consumers that sunscreens must be re-applied often to provide adequate protection.

The changes are being praised by the American Academy of Dermatology. The head of the group, Dr. Ronald Moy, says skin cancer is exploding. "Each year in our country, we diagnose and treat more than 3.5 million cases of skin cancer. Current estimates are that one-in-five, that's more than 20 per cent of Americans, will develop skin cancer in a lifetime." Melanoma, which used to be predominantly a disease of older men, is now the most common form of cancer for young adults in their late 20's. And it's increasing faster among young women than among young men, in large part because of the growing use of tanning beds, Dr. Moy says.

Along with these new requirements, the FDA says it will be gathering data on concerns being raised about sunscreen sprays. It wants to determine if children especially are suffering health effects when they breathe in the vapors. Government scientists also will study whether sprays leave consumers without proper protection. "We want to know what SPF number you end up with," Dr. Woodcock says.

According to the FDA, SPF-15 blocks about 93 per cent of harmful rays. Any product with an SPF value of 50 or above adds little additional protection, it says.

The new sunscreen labels are expected to be in place by the summer of 2012.