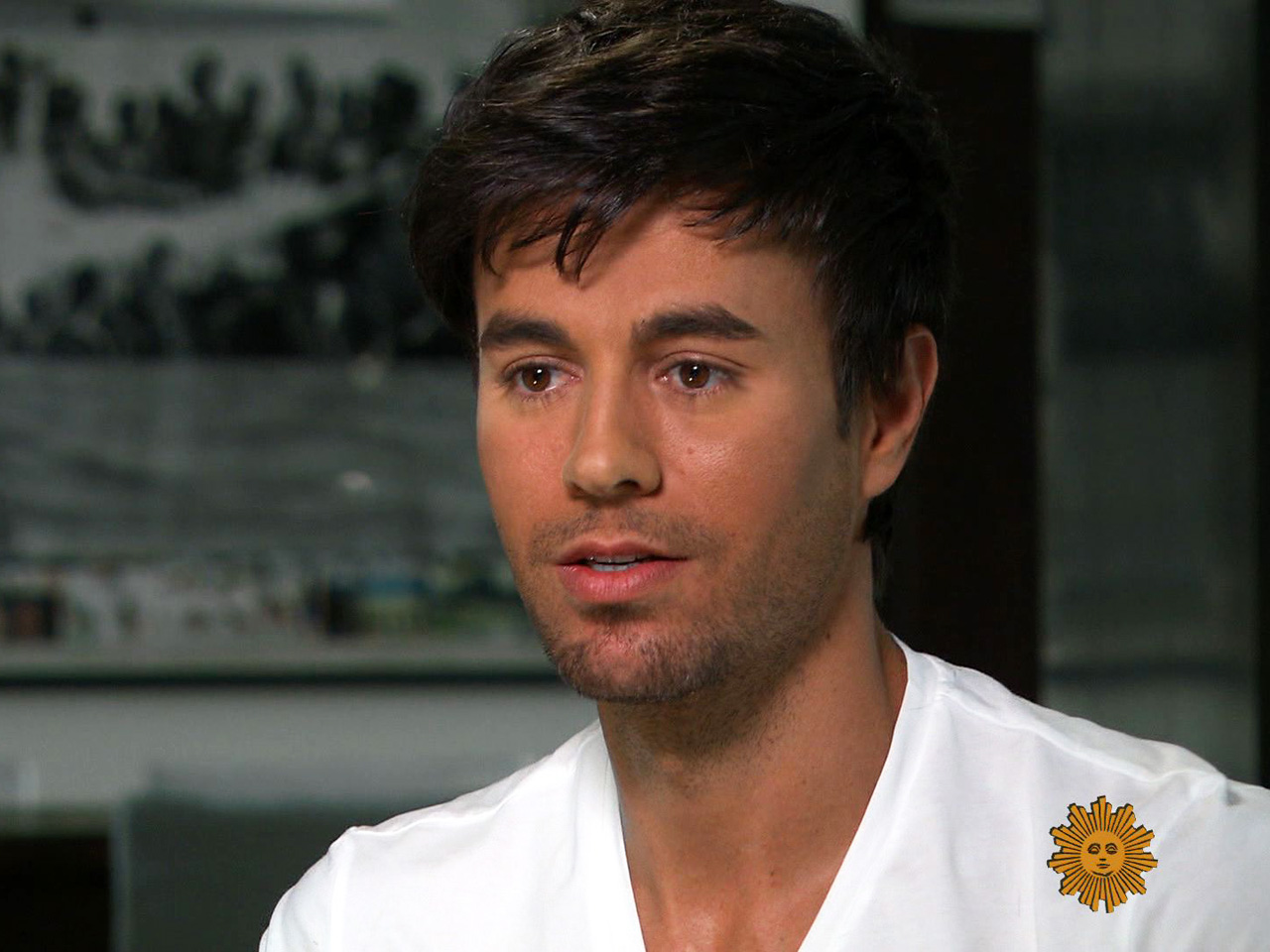 "Hero" was a very big hit from Enrique Iglesias. Thirteen years later he's still coming out with hit songs that sell by the millions. He talks now with Rita Braver For The Record:

Santo Domingo, capital of the Dominican Republic, has seen plenty of invasions since the Spanish first arrived in 1496 -- but nothing quite like the arrival of Enrique Iglesias and his merry friends who came to make a music video.

Besides Iglesias, it features one of his longtime Miami writing partners, Descemer Bueno, and a Cuban duo known as Gente de Zona, all making a hard day and night's work look like fun.

"For me, not only video, but when you write songs, when you're onstage, it's all about the vibe," he told Braver. "If you're not vibing and you're not feeling good, people notice that."

That high spirit and irrepressible energy have made Enrique Iglesias a hugely-popular international star, a Grammy-winner with 100 million albums sold, and a list of Billboard top hits -- featuring everything from dance music to haunting ballads.

Iglesias lives in Miami ("I love this town, I love the people, I don't see myself moving out and living anywhere else"), but he was born in Spain, in 1975.

He is, of course, the son of another well-known musical star, Julio Iglesias.

After their parents' divorce, Enrique (then age 7) and his older brother came to Miami to live with their father. But with Julio on the road for much of the time, Enrique turned to music.

Still, he kept his writing a secret from both his parents, and while still a teenager, borrowed $2,500 from his babysitter to make a demo recording.

He also did not want to trade on his family name, and went by a different name when he sent out his first demo records.

"I actually had a few different names," he said. "One of them being Martinez."

After several rejections, he finally learned that a Mexican record company wanted to sign him.

"I just remember picking up Billboard magazine, 'cause I didn't know what record company it was, and looking at the charts and saying, 'Okay, this record company actually exists,'" he said. "It's legit! I'll sign with them. I don't care. I'll sing in any language, whatever I gotta do. Just please, sign me up."

He was 20 when his first, eponymous album, sung all in Spanish, was released under his real name, selling more than a million copies in just three months. He went on to record a string of big-selling albums.

"In the long run," Braver asked, "do you think the name Iglesias made a difference?"

"Some people could be waiting for you to fall on your face?"

"Either fall on your face, or there's 'He's just doing it because his father's a musician, a singer.'"

"That's never been what drove you?"

"That was never at what drove me," said Iglesias, "not at all."

And Enrique dismisses recurring stories that he and his father are estranged:

"I love him, and I respect him dearly. But we don't see each other that much. You know, he knows that if he ever needed me, I'd be the first one there, and vice versa."

In 1999 Enrique Iglesias released "Bailamos." Though it has a Spanish title (meaning "we dance"), it was his firstsong aimed at the English-speaking market -- and it went to #1 on the Billboard Top 100 chart.

"There are songs in my career that I consider miracle songs," Iglesias said. "And for me that's one of them, because it took me in a different direction. And I thought I needed that at the time."

In fact, he's become one of THE most successful crossover artists, with a string of hit albums.

The small studio in a non-descript Miami tract house, where he has recorded for many years, holds a lot of memories for Iglesias.

He told Braver that some songs start with the lyrics, some with the melody, sometimes simultaneously. "The good ones, for me, a lot of times are simultaneous.

And that's the mix on his latest album, out this week -- songs both in English and Spanish. The new album bears the provocative title of "Sex and Love."

"That's a good question," Iglesias said. "That's a question that I asked my girlfriend: 'Which one do you think is better, in which order?'"

That girlfriend just happens to be retired Russian-American tennis pro Anna Kournikova . They met when she was cast in one of Iglesias' music videos.

"She was just the coolest girl in the world to me," Iglesias said, "and we just -- we got along."

"You've been dating more than a decade now, right?"

"But you're still not married?"

"So, as an old grandmother, may I ask what's taking you so long?"

And right now, at age 38, Enrique Iglesias is pretty darn happy doing what he always dreamed of doing.

"I don't take it for granted," he said. "I know that one day, I could be on the top, the next day I could be on the bottom. But I'm lucky enough, I'm fortunate enough, to love what I do. And I wouldn't change it for anything in the world."