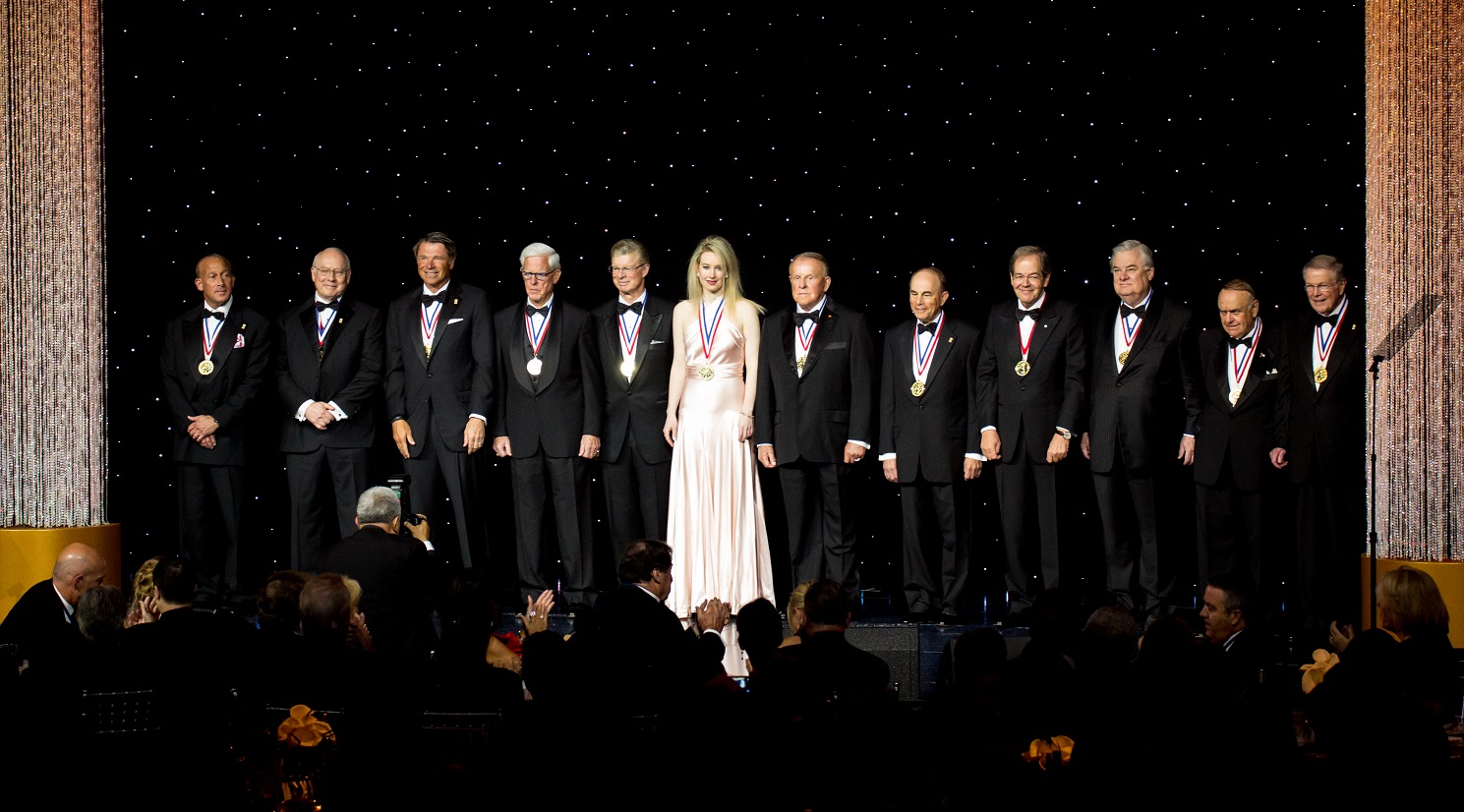 Elizabeth Holmes was named to this years' TIME 100 list of the world's most influential people Thursday. She's being compared to visionaries like Bill Gates and Steve Jobs. Just as Gates wanted a computer on every desk, Holmes wants a blood test in every drugstore.

Her company, Theranos, has created what they call a painless, needle-free way to draw blood and test it -- for a fraction of Medicare costs. It's fueled immense anticipation in the health care industry and made Holmes the world's youngest self-made female billionaire, reports "CBS This Morning" co-host Norah O'Donnell.

While she certainly has the money for it, Holmes said she doesn't own a TV.

"I work all the time and I'm basically in the office from the time I wake up, and then working until I go to sleep every day," she said.

At 19 years old, Holmes dropped out of Stanford University. She had a little tuition money and a big idea. Now, at 31, she's what lots of teenagers with that background likely strive to become: the youngest female billionaire in the world.

"You know, it's not what matters," Holmes said. "What matters is how well we do in trying to make people's lives better. That's why I'm doing this. That's why I work the way that I work. And that's why I love what I'm doing so much."

What Holmes is doing is running Theranos, the biotech company she founded in 2003. You'll see her either in a black turtleneck or white lab coat taking a high-tech approach to blood testing. Instead of a needle to the arm, it's a pin prick to the finger. Holmes is marketing Theranos as a faster and cheaper alternative to a process that hasn't changed meaningfully in decades.

"We've created these little tiny tubes, which we call the 'nanotainers,' which are designed to replace the big, traditional tubes that come from your arm, and instead allow for all the testing to be done from a tiny drop from a finger," Holmes said.

Theranos struck a partnership with drugstore chain Walgreens to build thousands of Wellness Centers. Every center would offer a menu of blood tests -- ranging from cancer to cholesterol -- directly to consumers. And every test, Holmes said, would cost only a fraction of what Medicare pays.

Not everyone is sold just yet. Some critics argue the Theranos method doesn't extract enough blood to do all the tests it claims.

"Every time you create something new, there should be questions, and to me that's a sign that you've actually done something that is transformative," Holmes said.

Her tests are not available everywhere yet, but she said they're working as fast as they can to roll out in the next states.

Little is known about how Theranos' tests work, which has raised concerns about putting diagnostic results in patients' hands without doctors present.

Nevertheless, her company is now valued at close to a whopping $10 billion.

"It's a really important area," said Holmes. "When people get a lab test done, traditionally, in order for that lab test to be paid for, you have to have a symptom so the doctor can write in a code on the lab form. But if you can drop the pricing really low, then all of a sudden preventative testing can start to become possible."

Her product could transform the health care industry in America and around the world. It may seem small, but it's revolutionary.

"Making it possible to do tests on tiny samples; any cancer patient, any child, any elderly person whose veins collapse will tell you not having to have their blood drawn that way is a big deal," Holmes said.

For as much promise as those tiny samples hold, Holmes is already known as a very real and rare example of what perseverance makes possible.

She was young when she decided she wanted to change the world, and at nine years old she wrote a letter explaining her dreams to her dad: "What I really want out of life is to discover something new, something that mankind didn't know was possible to do."

"I grew up in a family of people who wanted to make a difference in the world," Holmes said.

She hasn't wasted any time. Last week she became the youngest member ever named to the prestigious Horatio Alger Association, which recognizes grit and drive.

She was the only woman on stage with a lot of older white men.

"This is true, I was," Homes said. "But what was so wonderful about it is that these young girls who are in the audience connect to me as nothing but living proof that their dreams are possible."