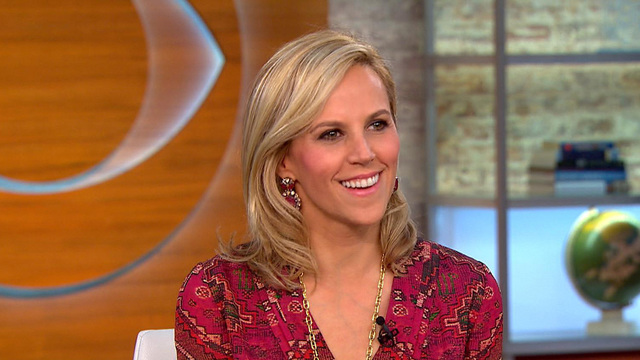 "We knew that we'd need to have a successful company in order to be able to do it, so it took us many years to do that," said Burch.

Burch launched her company in 2004 working out of her kitchen with funds borrowed from some 130 people.

"I was so scared of losing friends' money, family members' money, so I said, 'Please invest, but I want you to think of it as an investment that will never come back,'" Burch said on "CBS This Morning" Wednesday.

But the brand has since become a fashion powerhouse, now worth over $3 billion, with a global network of 168 stores and a label that is sold in more than 50 countries.

In 2009, Burch finally launched the Tory Burch Foundation to support the empowerment of women entrepreneurs. The foundation has partnered with Goldman Sachs' to offer business and management education to female small-business owners. Its program with Bank of America also offers affordable loans.

The new program - which launched Wednesday - will feature 30 businesses on its website, and the public will have a chance to vote for their favorite entrepreneur. Ten fellows will be selected for a one-year fellowship program and also get a three-day workshop at Tory Burch and a grant for business education. The fellows will also compete for a grant investment of $100,000.

Burch urges women in business to be "ambitious" but said that she shied away from the word from the past because of its stigma.

"There's such a negative connotation to ambition and women, and I think that needs to end," said Burch. "And I think we need more people to stand up and say that. I see the same people profiled, and that's one thing our foundation wants to really address is really showing other women that are doing great things."