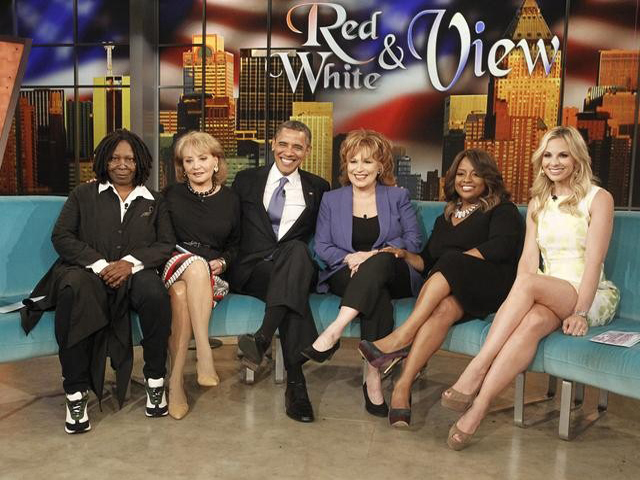 It looks like "The View" is aiming to get a different take on things.

Elisabeth Hasselbeck may be the latest to exit the ABC talk show. Following the news last week that Joy Behar would not be returning next season, it seems that Hasselbeck might not have a place at the table anymore either.

While ABC has yet to comment, Us Weekly says it has confirmed that the 35-year-old host will not be back next season. According to a source at the magazine, she may be too divisive for audiences.

"The viewers they polled all said she was too extreme and right wing," an insider told Us. "People did not watch the show because of Elisabeth. So they told her yesterday her contract would not be renewed."

In the statement about Behar, ABC referred to Hasselbeck as a "valued member of the View" with a "long-term contract." Hasselbeck -- who gained fame after competing in CBS' "Survivor" -- joined the cast in November 2003 after guest-hosting the show following Lisa Ling's departure in 2002.

Throughout her almost ten years on "The View," the vocal right-winger sparred with her own co-hosts on numerous occasions, including a heated argument with Rosie O'Donnell in 2007 over the War in Afghanistan and with Barbara Walters over Mitt Romney in 2012.

Last week, Behar, 70, announced that she would be departing the show, telling "Good Morning America," "You can't stay forever on a show. I am graciously exiting stage left. I've put in 16 1/2 years and felt the time was right. I want to explore other opportunities."

And maybe it's time for Hasselbeck to go exploring as well.

Tell us: Will you be sad to see Hasselbeck go? Who would you like to see replace her?