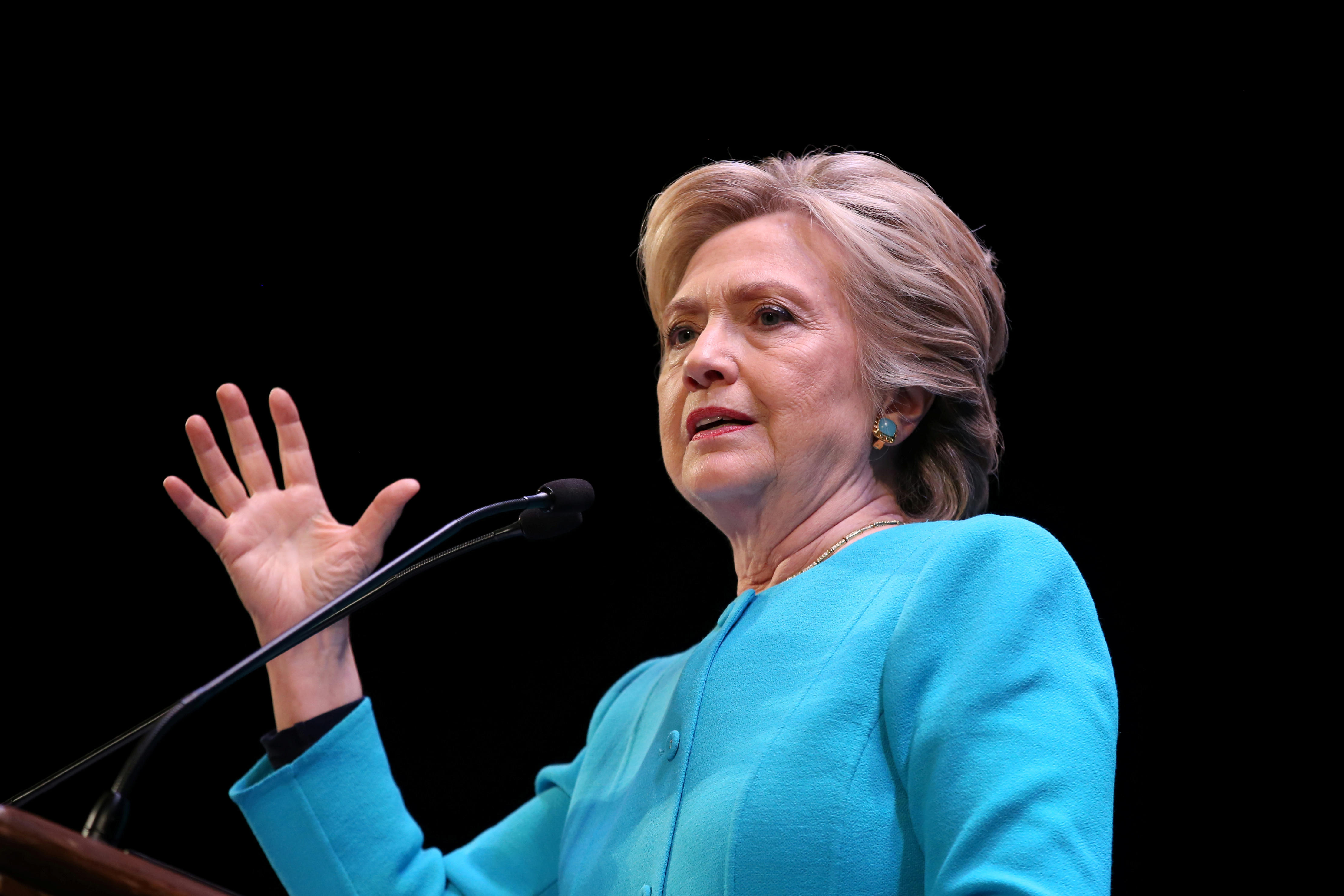 The swing among women has been so pronounced that Clinton is now gaining support even among Republican women. The catalyst, it seems, was that 2005 “Access Hollywood” video where Trump was heard making lewd comments about women. Seventy percent of women said they found it offensive.

In a new ad, the Clinton campaign argues Trump is promoting bad behavior.

More than 50 percent say the hacked emails posted by WikiLeaks show she has different motives in private than in public.

“There is sort of a double standard for a women candidate,” Vice President Joe Biden told “Meet the Press” on Sunday.

Biden argued Sunday that Clinton’s motives get questioned more often because of her gender.

Over the weekend, a top House Republican is raising a new red flag over Clinton’s use of a private email server as secretary of state. The FBI has given Congress more details about its investigation, and Rep. Jason Chaffetz said he sees evidence of a quid pro quo.

Chaffetz said the FBI documents show that State Department Undersecretary Patrick Kennedy contacted an FBI official in 2015 to dispute the classification level on one of Clinton’s Benghazi-related emails, which had just been marked “secret.” In the same conversation, the FBI official asked Kennedy about a longstanding request for additional FBI slots at U.S. missions overseas.

Chaffetz said the documents indicate Kennedy offered a trade: a lower classification level in exchange for the FBI slots.

But in a statement, the FBI said it investigated, adding “the classification of the email was not changed” and “there was never a quid pro quo.”

The State Department denies the quid pro quo as well, though they’ve been very open about the fact that they fought the way many of Clinton’s emails were classified. They did not believe the information was as sensitive as the FBI and intelligence officials did. From a political perspective, the higher the classification level, the worse it looked that Clinton stored those emails on her private server for years.