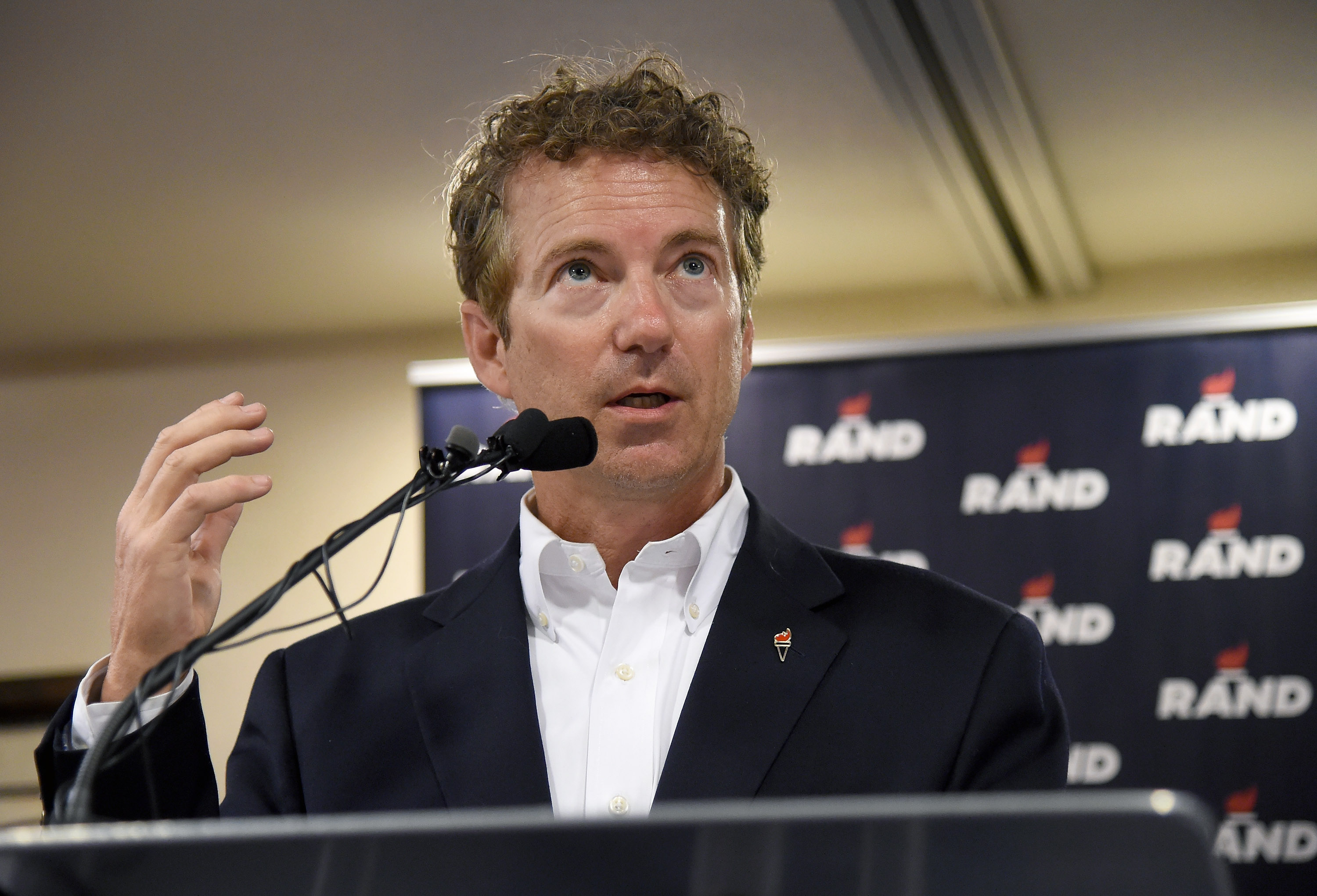 Paul's fundraiser at the Cannabis Business Summit - tickets started at $2,700, the maximum donation allowed for the primary contest - came as the marijuana industry approached its first presidential campaign as a legal enterprise.

The candidate entered the closed-door fundraiser through a private hallway, instead of visiting the convention floor or meeting pot business owners who weren't donating to him. In public remarks after the fundraiser, Paul didn't mention marijuana and didn't take questions from most reporters.

During an interview with The Denver Post after the fundraiser, Paul also declined to answer whether he would have voted in favor of legalizing recreational marijuana in Colorado.

"I think I see it just more from a federal perspective," he said. "And I think the federal government ought to stay out."

Many of the 40 or so people who attended the fundraiser called his appearance at the summit a milestone. The campaign did not release fundraising totals.

"This is a historical moment, that our industry is now working together with a presidential candidate," said Tripp Keber, owner of Denver-based Dixie Elixirs, which makes cannabis-infused sodas and sweets.

"Most of us, despite what others think, are in this to end the drug war," Vaughn said.

Though legal weed business owners have been active political donors for years, presidential candidates have so far shied away from holding fundraisers made up entirely of marijuana-related entrepreneurs.

Former Republican New Mexico Gov. Gary Johnson held a fundraiser with the Drug Policy Alliance in 2012 before leaving the GOP and running as a third-party candidate. But that event came before recreational pot was legal in any state.

"It really speaks to how important this issue is and how far it's come," said Mason Tvert, a spokesman for the Marijuana Policy Project, a major sponsor of legalization campaigns in Colorado, Washington and other states.

"We're seeing officials at the local, state and now federal level recognize this is now a legitimate industry, just like any other legal industry in many facets," Tvert said.

Paul has embraced state marijuana experiments, while other candidates have either taken a wait-and-see approach or expressly vowed to challenge state legalization efforts.

Paul has joined Democrats in the Senate to sponsor a bill to end the federal prohibition on the use of medical marijuana. He also backs an overhaul of federal drug-sentencing guidelines, along with a measure to allow marijuana businesses to access banking services.