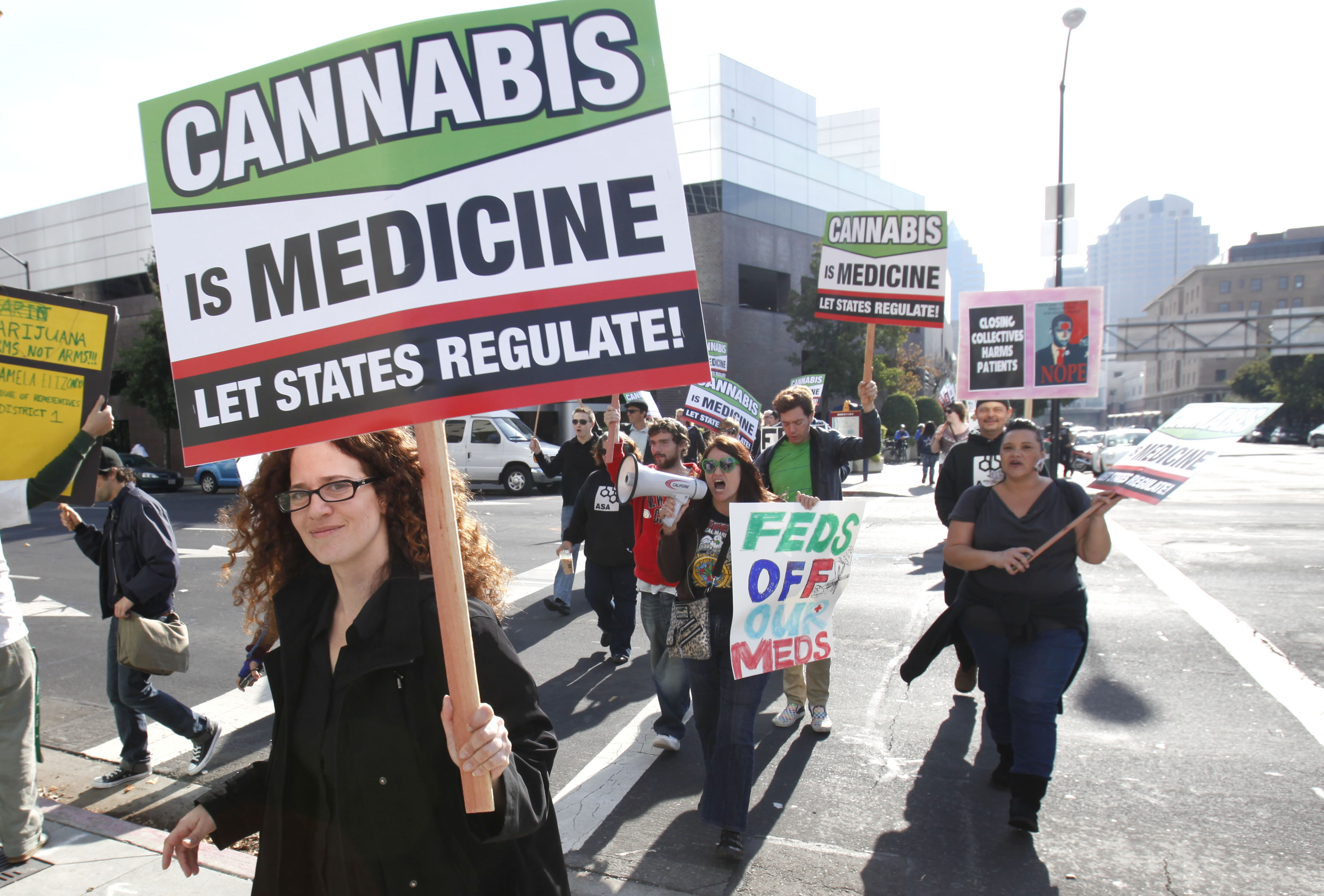 A push to legalize medical marijuana at the federal level is gaining momentum in the Senate, drawing a growing roster of co-sponsors from both parties just over a week after it was unveiled.

Sen. Dean Heller, R-Nevada, signed onto the proposal last week, declaring in a statement, "The time has come for the federal government to stop impeding the doctor-patient relationship in states that have decided their own medical marijuana policies."

"This bipartisan legislation puts Americans who are suffering first by allowing Nevada's medical marijuana patients, providers, and businesses that are in compliance with state law, to no longer be in violation of federal law and vulnerable to federal prosecution," he said.

Heller's release noted that the bill would also allow doctors at Department of Veterans Affairs to prescribe medical marijuana as a form of treatment in states that allow it.

Sen. Barbara Boxer, D-California, threw her support behind the measure on Wednesday.

"Senator Boxer is a strong supporter of California's medical marijuana law and she believes that patients, doctors and caregivers in states like California should be able to follow state law without fear of federal prosecution," Zachary Coile, Boxer's communications director, said in a statement.

Boxer's fellow Californian, Democratic Sen. Dianne Feinstein, is on the fence about the proposal. She told Roll Call she remains concerned about the potency of some types of marijuana, and she'd like to see greater research into derivatives of the drug that provide the medical benefits but not the psychoactive effects.

As the bill gains steam, it still faces an uphill battle to passage in a Republican-dominated Congress. Senate Judiciary Committee Chairman Chuck Grassley, R-Iowa, is opposed to the measure, and he has said he's unlikely to schedule it for a hearing.

"It's a matter of what are our priorities," Grassley told Roll Call. The senator said President Obama's recent comment that Congress could reclassify the drug if enough states decriminalize it "absolutely won't" affect his decision.

At least one Republican on Grassley's committee, Arizona Sen. Jeff Flake, wasn't so sure.

"I think it does increase the pressure," Flake told Roll Call about Obama's suggestion. "He's probably right...if you get to a majority of the states that are doing it, then people are going to say, 'What's Congress going to do? How can these states act in ways that are not congruent with federal law?'"