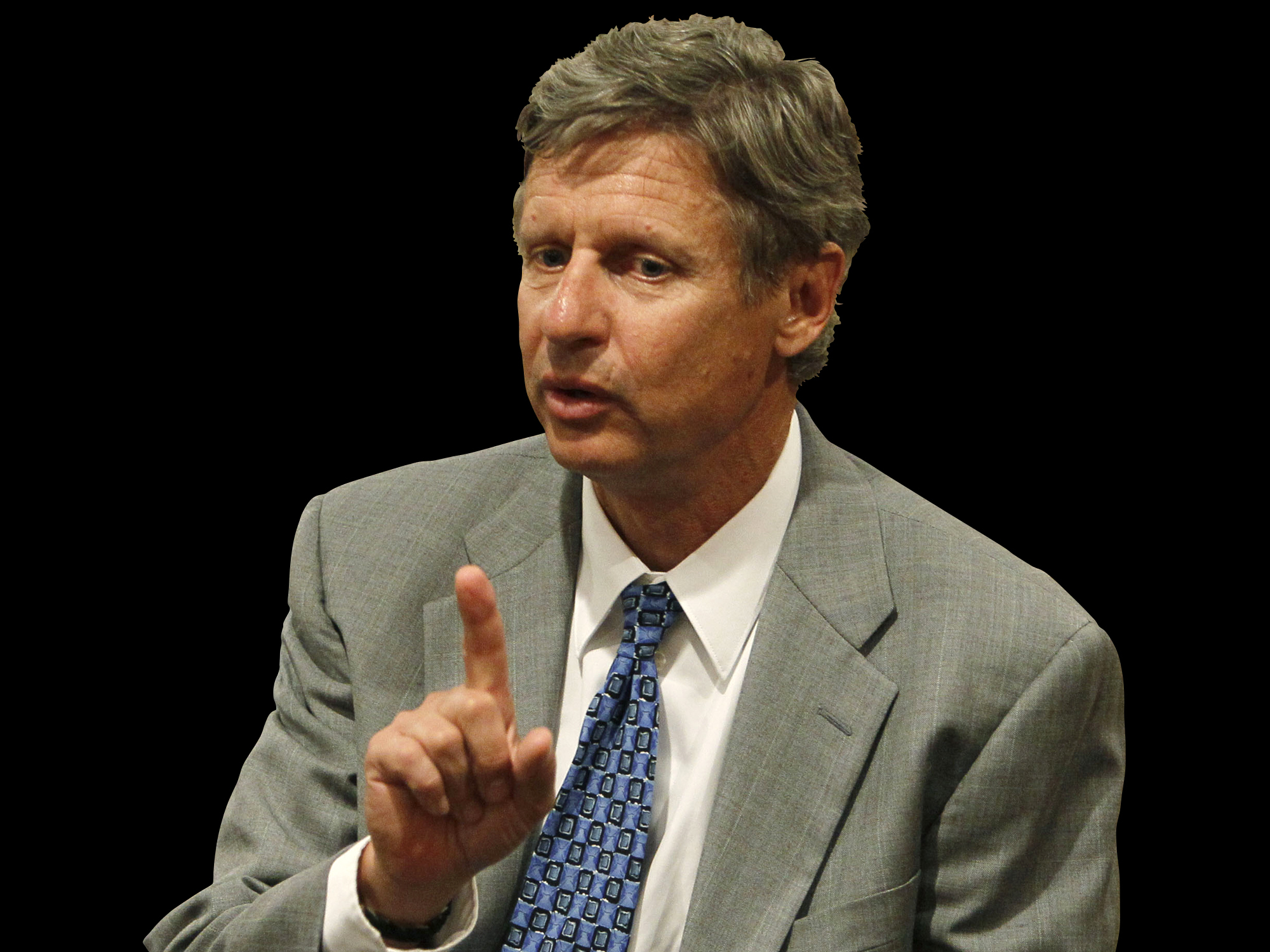 Presidential candidate Gary Johnson on Wednesday made his switch to the Libertarian party official, finalizing the paperwork in a press conference and expressing his disappointment about how he was treated by the Republican establishment throughout the 2012 political cycle.

"This feels good," Johnson said on Wednesday in Santa Fe, while signing papers to make the switch official. "I really believe that the fastest-growing segment of the Republican party are those that have a Libertarian bent. I really believe in this agenda; it is about the agenda."

Johnson had previously been running in the race as a Republican. But the fiscal conservative barely registered in the national polls and was excluded from all but two of the 13 Republican presidential debates.

Johnson, if he receives the third-party nomination, would be the only official Libertarian on the ticket. But Ron Paul also identifies strongly with that party's values, and has a fervent base of Libertarian-leaning supporters.

The former two-term governor of New Mexico said he wished Paul "luck" in the GOP primary, but suggested he had little faith in the Republican's ability to earn his party's nomination.

"I endorsed Ron Paul in 2008," Johnson noted. "But at the end of the Republican primary I don't think he's going to prevail."

Despite his relative support for Paul, Johnson and the Texas congressman differ on a number of issues - particularly when it comes to social issues, where Johnson tends to be more liberal. Johnson supports abortion rights, the legalization of marijuana, and gay marriage; he also differs with Paul on foreign policy with regards to Israel and opposes a fence along America's border with Mexico.

In a statement on Wednesday, Johnson said his decision to switch parties was, in a sense, an easy one.

"It was difficult because I have a lot of Republican history, and a lot of Republican supporters. But in the final analysis, as many, many commentators have said since watching how I governed in New Mexico, I am a Libertarian - that is, someone who is fiscally very conservative but holds freedom-based positions on many social issues," Johnson said.

He also seemed baffled that some of his fellow competitors for the Republican ticket "were allowed to participate" in GOP presidential debates despite having "no national name identification" and "no executive experience."

Meanwhile, he said, "I, a successful two-term governor with a solid record of job creation, was arbitrarily excluded by elitist media organizations in New York. My appeals to the Republican National Chairman for basic fairness were ignored."

The candidate appeared to have few illusions about his chances at winning the presidential election -- when asked who he would choose as his running mate he said, "I hope to have that problem" - but said his candidacy was a shot at expanding America's two-party political system.

"We are fed up with the two-party system," he said. "And the ability to be in the game, to be on the ballot in all 50 states, is an opportunity to advance this agenda which I really think resonates with most people in this country."

Despite Johnson's marginal national support, he could plausibly have an impact on who wins New Mexico's five electoral votes. A recent survey by Public Policy Polling (a Democratic polling firm) of New Mexico found that in a race between Johnson, Mitt Romney and President Obama, the president would get 44 percent, Romney would get 27 percent and Johnson would get 23 percent. (Mr. Obama won the state 57-42 in 2008.)

Johnson's campaign has been meeting for months with Libertarian party officials, and he has been publicly flirting with seeking the Libertarian nomination as it became increasingly clear he would not rise above the level of footnote in the GOP race.