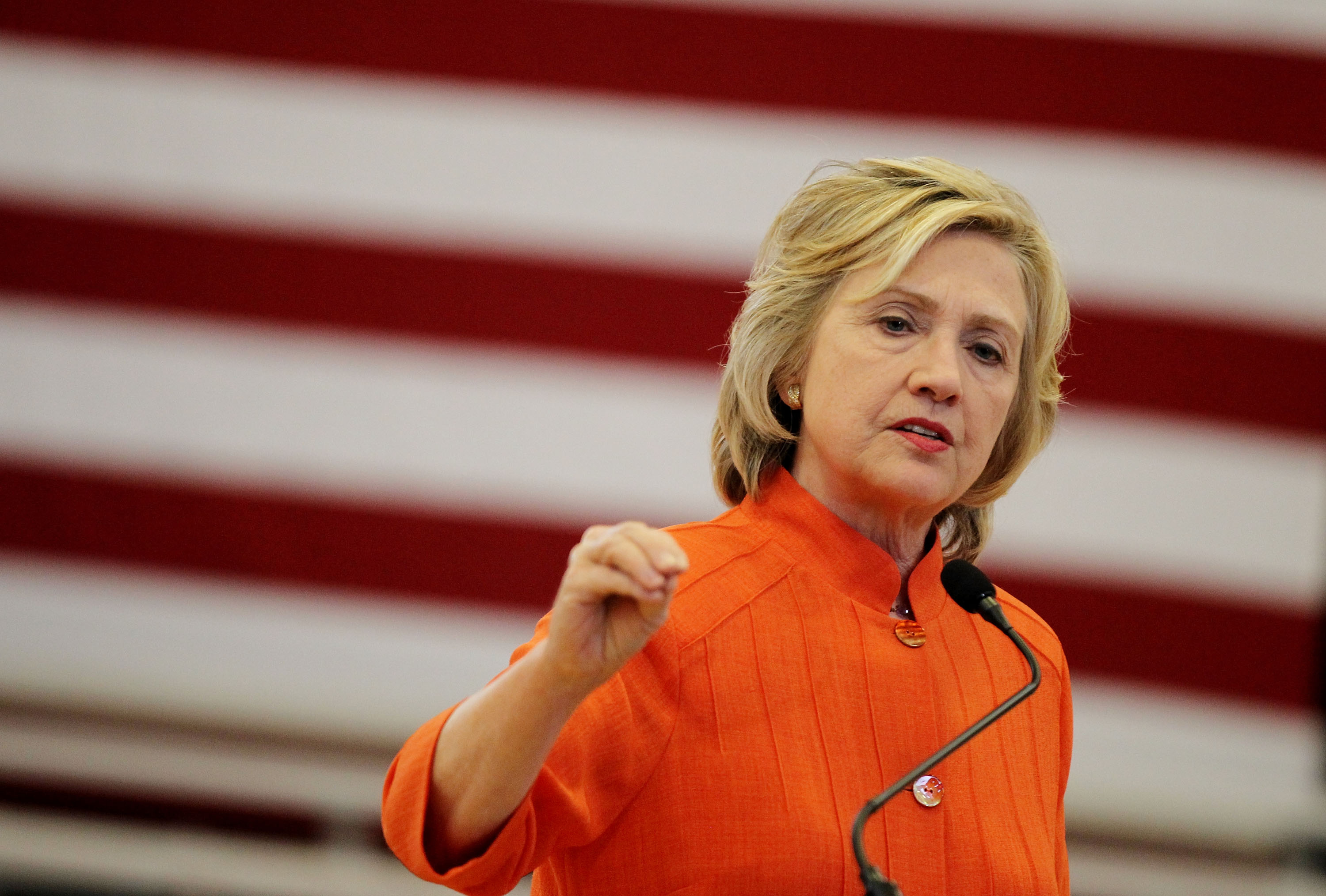 Democratic presidential frontrunner Hillary Clinton will speak in support of the nuclear deal with with Iran on September 9 - the same day Republican candidates Ted Cruz and Donald Trump are headlining a rally in opposition to the deal.

Clinton has previously voiced her support for the agreement. The speech next week will give her an opportunity to expand on her position and push back on Republican critics of the deal.

The agreement, negotiated between the U.S., Iran, and five other nations, would roll back economic sanctions on Iran in exchange for limits on the Iranian nuclear energy program. The administration and many Democrats believe it is the best way to ensure Iran does not acquire a nuclear weapon, but Republicans argue it concedes too much to Iran and puts them on a path to the bomb.

Congress is expected to vote in mid-September on a resolution disapproving of the deal. With the GOP in control of both chambers, the resolution is expected to pass, but President Obama has promised to veto it. Republicans face an uphill climb to muster the votes to override that veto.

Earlier this month, Clinton said she's hoping the deal is ultimately approved, warning that "all bets are off" if Congress manages to kill it.

"The Europeans, the Russians, the Chinese, they're gonna say we agreed with the Americans, I guess their president can't make foreign policy," she said. "That's a very bad signal to send."

Cruz, a GOP senator from Texas, and Trump, the bombastic GOP frontrunner, have each condemned the deal, and their rally next week will give them an opportunity to lay their case before a broader audience.

Cruz's campaign described the agreement as "catastrophic" in a statement, and the senator tweeted that he was "glad" Trump accepted his invitation to speak against the nuclear deal.

In other Clinton news, the faltering-but-still-frontrunning Democratic candidate received some welcome news on Monday, when her campaign announced that she'd been endorsed by New Hampshire Sen. Jeanne Shaheen.

The news comes after a rough few weeks for the Clinton campaign, which has grappled with with stronger-than-expected Democratic primary competition and continued concerns among some Democrats about how Clinton is handling the controversy over her use of a private email server as secretary of state.

A Boston Herald/Franklin Pierce University poll earlier this month found Clinton slipping behind Vermont Sen. Bernie Sanders in New Hampshire, 44 to 37 percent. It was the first poll of the 2016 cycle that found Clinton behind a primary rival in an early voting state. And over the weekend, a Des Moines Register/Bloomberg Politics poll showed that Clinton's lead over the Democratic field has eroded, showing Sanders within seven points of Clinton, with 30 percent to her 37 percent.