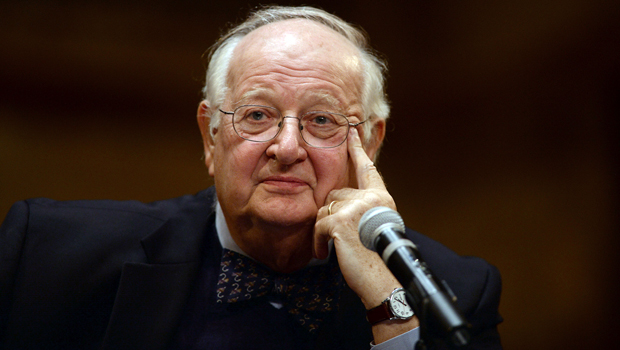 "I don't think equality is intrinsically valuable, meaning in and of itself. I'm not against inequality ... if Bill Gates gets another hundred million dollars, it's no skin off my nose," Princeton professor Angus Deaton, who recently won the Nobel Memorial Prize in Economic Sciences, said this week to CBS News in a conversation at the Council on Foreign Relations.

Deaton, along with his co-author and wife, Princeton professor Anne Case, have specialized in looking into statistics that most of us take for granted and focus on how to measure global poverty and global inequality.

They recently got a lot of commentary -- particularly by U.S. Democratic and Republican presidential candidates -- for their study on the alarming rise in suicides of middle-aged white Americans.

Opening up trade markets and globalization have improved the lives of hundreds of millions of people in India and China, Deaton said.

"So when you think the world is going to hell in a handbasket, which it sort of is right now, you have to look back on those amazing achievements," he said.

However, Deaton's caution was not far behind. He said that some people in the U.S. and Western Europe were hurt by factories moving to Cambodia, Vietnam and China.

"When you actually see them killing themselves, and the mortality rates are going up, then you think something really, really seriously has gone wrong," he said.

Deaton pointed to the work of Carolyn Rouse, an anthropology professor at Princeton who says that these middle-age white Americans have lost the narrative of their lives.

"It's hard to believe it's not connected up with those 20 or 30 years of declining economic prospects for people with only a high school education in the United States," Deaton said. "And, you know, somehow we've got to find a way -- I'm not against globalization. I'm certainly not going to go for protectionist solutions or something. But we've got to find a way of sharing the benefits with those people, too -- and if not with them, at least with their kids."

Several U.S. presidential candidates have quoted the study because the middle class is at the heart of the fear that is shaping the election. And the spike in deaths of middle-age white Americans is shocking because mortality rates for all other ethnic groups is declining.

Deaton and Case do not answer the "why" question, but others do. Fareed Zakaria, writing in The Washington Post, said, "The United States is going through a great power shift. Working-class whites don't think of themselves as an elite group."

The potential of slowed global growth is also a major concern.

"Today, with China slumping, energy prices collapsing and nervous consumers sitting on their hands, growth has ground to a halt almost everywhere and ordinary citizens are starting to confront a grim new reality: The world is stuck in the slow lane and nobody seems to know what to do about it," said Jonathan Tepperman, managing editor of Foreign Affairs magazine, whose current issue is dubbed, "The World Is Flat: Surviving Slow Growth."

Richard Haass, the president of the Council on Foreign Relations who has served in both Republican and Democratic White Houses, in an earlier message expressed the policy concern: "The United States' continued ability to find the human, economic and military resources to project power abroad and to set an example other countries will want to emulate will depend in no small part on how well it does at home."

Billionaires' poverty programs and U.S. foreign aid, Deaton said, may not be helping the right people. China and India pulled millions out of poverty without foreign aid, but many countries in Africa still have entrenched poverty, despite massive aid.

"I think one of the things that billionaire philanthropists are discovering is it's actually very hard to give money away in an effective way -- in a way that you really believe is improving the world," he said.

Afsaneh M. Bechloss, founder and CEO of the Rock Creek Group, made the point that some countries that did not receive direct foreign aid did receive multilateral assistance.

"If we look at China and India, they also benefited hugely because the multilaterals gave them loans, but attached to that there was a lot of technical assistance," she said. "And they were like a sponge. They really used the best of the best of that."

But the foreign aid that is being given may be helping the wrong people, Harvard professor Cass R. Sunstein wrote.

"Deaton has demonstrated that if the goal is to improve people's lives, we ought to be focusing most aggressively on helping people who earn less than $75,000 -- and also on helping caregivers, parents of young children, smokers and people with chronic illnesses," Sunstein wrote.

Giving money to anti-poverty programs by the super rich, or what he calls the effective altruism movement, is complicated, Deaton concludes.

"It says we have a magic solution which will really help you do this. And the trouble with magic is, it only exists in Harry Potter novels. You really can't use magic to make the poor of the world less poor."