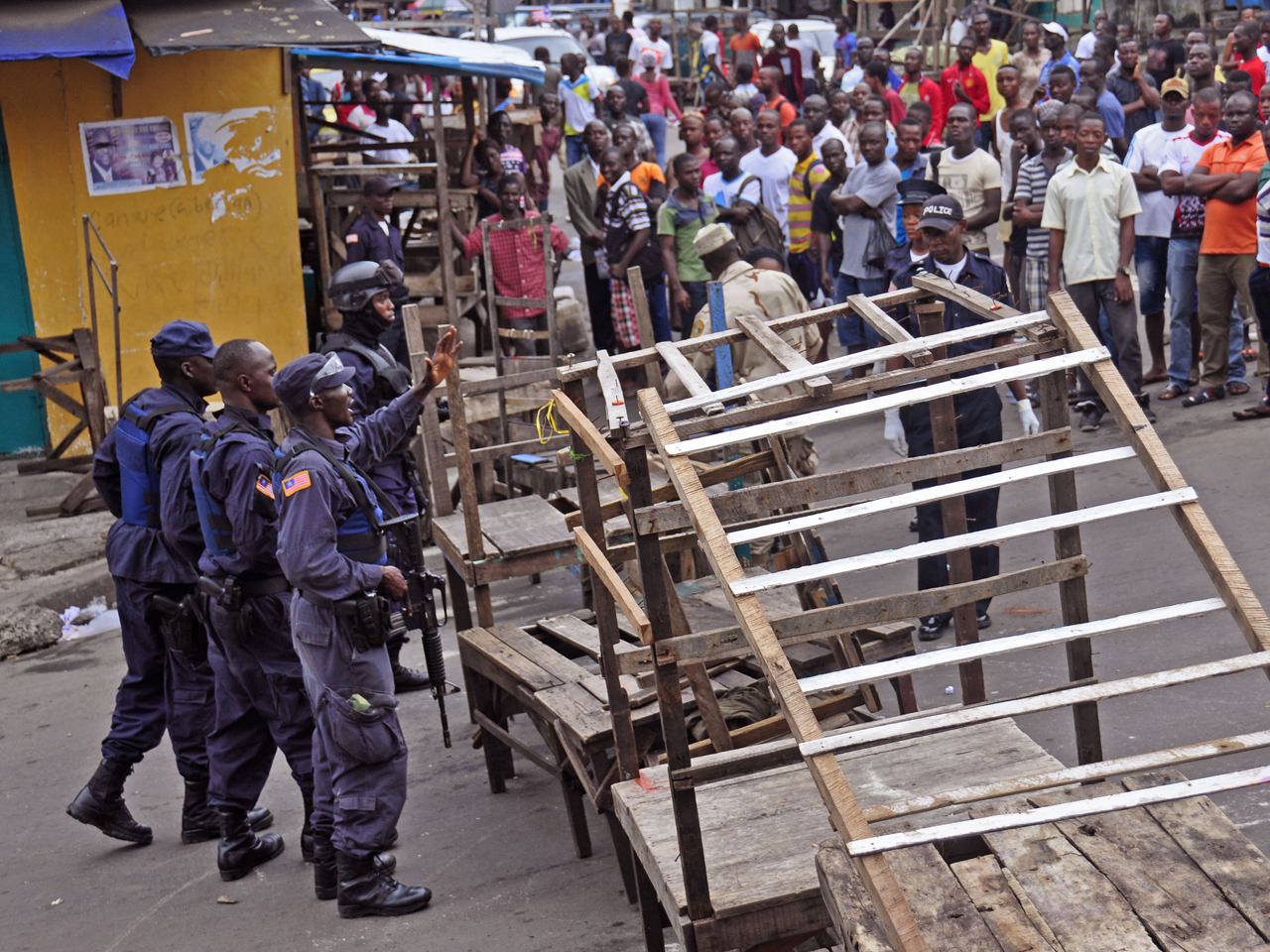 MONROVIA, Liberia -- Security forces deployed Wednesday to enforce a quarantine around a slum in the Liberian capital, stepping up the government's fight to stop the spread of Ebola and unnerving residents.

Liberia has the highest death toll of the four West African countries affected by the dreaded disease, and its number of cases is rising the fastest. President Ellen Johnson Sirleaf ordered the quarantine and imposed a nighttime curfew that begins Wednesday, saying that authorities have not been able to curtail the spread of Ebola in the face of defiance of their recommendations. She also ordered entertain

"These measures are meant to save lives," she said in an address Tuesday night.

Ebola is spread through contact with bodily fluids, but relatives have been caring for the sick at home in some cases and burial practices that involve touching the body have continued. There is no cure and no licensed treatment for the disease; health workers can only separate the sick from the healthy.

During the raid this weekend in West Point slum, bloody items were stolen and potential Ebola patients fled, raising fears the disease would spread out of control in a densely populated area. It was not clear why people would steal items that might spread infection, but there are still many misconceptions about how dangerous the disease is and how it is spread.

On Wednesday, armed soldiers and riot police began blocking anyone from entering or leaving the neighborhood. A resident saw a coast guard boat patrolling waters around the area.

Mistrust of the government runs high in West Point, and, as frustration with government's inability to stop the spread of the disease grows, there is potential for unrest.

One resident, Richard Kieh, told The Associated Press by phone that the community was in "disarray" following the arrival of forces on Wednesday morning.

"Prices of things have been doubled here," he said.

Ebola has killed at least 1,229 of the more than 2,200 people it has sickened in Guinea, Liberia, Sierra Leone and Nigeria in the outbreak, according to World Health Organizations figures.

The outbreak is currently the most severe in Liberia and Sierra Leone, but the U.N. health agency said that there were encouraging signs that the tide was beginning to turn in Guinea. There is also hope that Nigeria has managed to contain the disease to only a few cases

Nigeria's health minister, Onyebuchi Chukwu, said Tuesday that a fifth person had died of the disease in that country. All of Nigeria's reported cases so far have been people who had direct contact with a Liberian-American man who was already infected when he arrived in the country on an airliner.