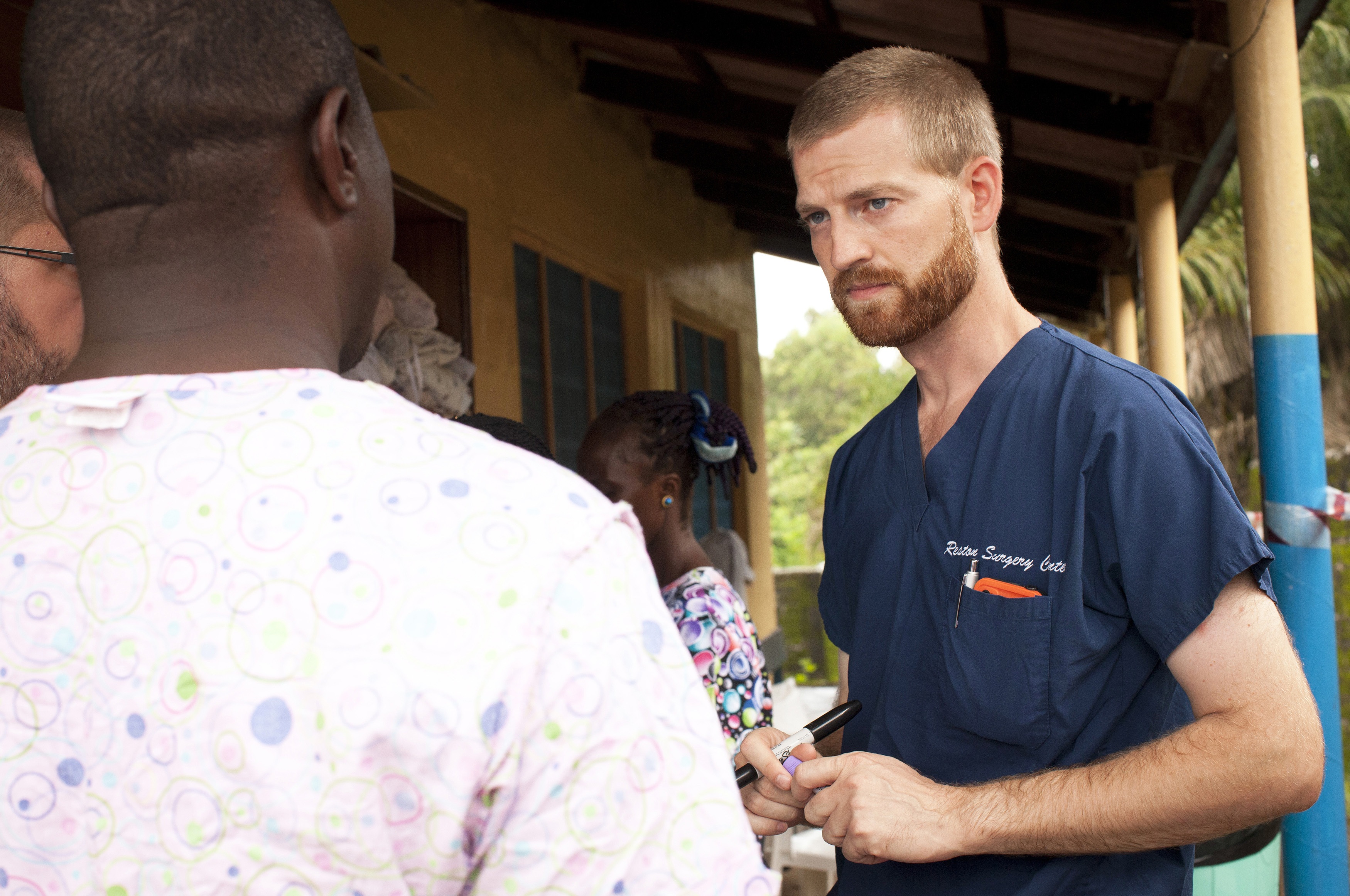 ATLANTA -- At least one of the two American aid workers who were infected with the deadly Ebola virus in Africa has recovered and was to be discharged Thursday from an Atlanta hospital, a spokeswoman for the aid group he was working for said.

Alison Geist, a spokeswoman for Samaritan's Purse, told The Associated Press she did not know the exact time Dr. Kent Brantly would be released but confirmed it would happen Thursday. Emory University Hospital planned to hold a news conference Thursday morning to discuss both patients' discharge.

Franklin Graham, president of North Carolina-based Samaritan's Purse, said in a statement that the group was celebrating Brantly's recovery. He has been in the hospital's isolation unit for nearly three weeks.

"Today I join all of our Samaritan's Purse team around the world in giving thanks to God as we celebrate Dr. Kent Brantly's recovery from Ebola and release from the hospital," Graham's statement said.

"I know that Dr. Brantly and his wonderful family would ask that you please remember and pray for those in Africa battling, treating and suffering from Ebola. Those who have given up the comforts of home to serve the suffering and the less fortunate are in many ways just beginning this battle," the statement continued.

"We have more than 350 staff in Liberia, and others will soon be joining them, so please pray for those who have served with Dr. Brantly - along with the other doctors, aid workers and organizations that are at this very moment desperately trying to stop Ebola from taking any more lives."

Brantly was flown out of the west African nation of Liberia on Aug. 2, and Nancy Writebol followed Aug. 5. The two were infected while working at a missionary clinic outside Liberia's capital. Writebol was working for North Carolina-based aid group SIM. Representatives for the group did not respond to messages Thursday morning.

The Ebola outbreak has killed 1,350 people and counting across West Africa.

On Thursday in the Liberian capital of Monrovia, calm set in one day after residents in a slum that was sealed off in an effort to contain the outbreak clashed with riot police and soldiers. World Health Organization officials were visiting two hospitals that are treating Ebola patients and struggling to keep up with the influx of patients.

The death toll is rising most quickly in Liberia, which now accounts for at least 576 of the fatalities, the WHO said. At least 2,473 people have been sickened across West Africa - more than the caseloads of all the previous two-dozen Ebola outbreaks combined.

Ebola is only spread through direct contact with the bodily fluids of sick people experiencing symptoms.

About 160 health care workers have been infected, including Brantly and Writebol, who were wearing protective gear to prevent infection.

That's been a big concern in the medical community, but CBS News correspondent Dr. Jon LaPook reports one possibility being strongly considered is that the two Americans were actually infected outside the Ebola ward, at dinner or some other setting where they would not have been expected to be wearing the protective equipment.

Writebol and Brantley apparently came in contact with a Liberian health care worker who was sick. He had at least a fever and several days later he died from Ebola.

Now, if it turns out that's how the two Americans got Ebola, it would actually be kind of reassuring because then you wouldn't have to invoke a problem with the protective equipment as the reason for them getting infected, LaPook says.