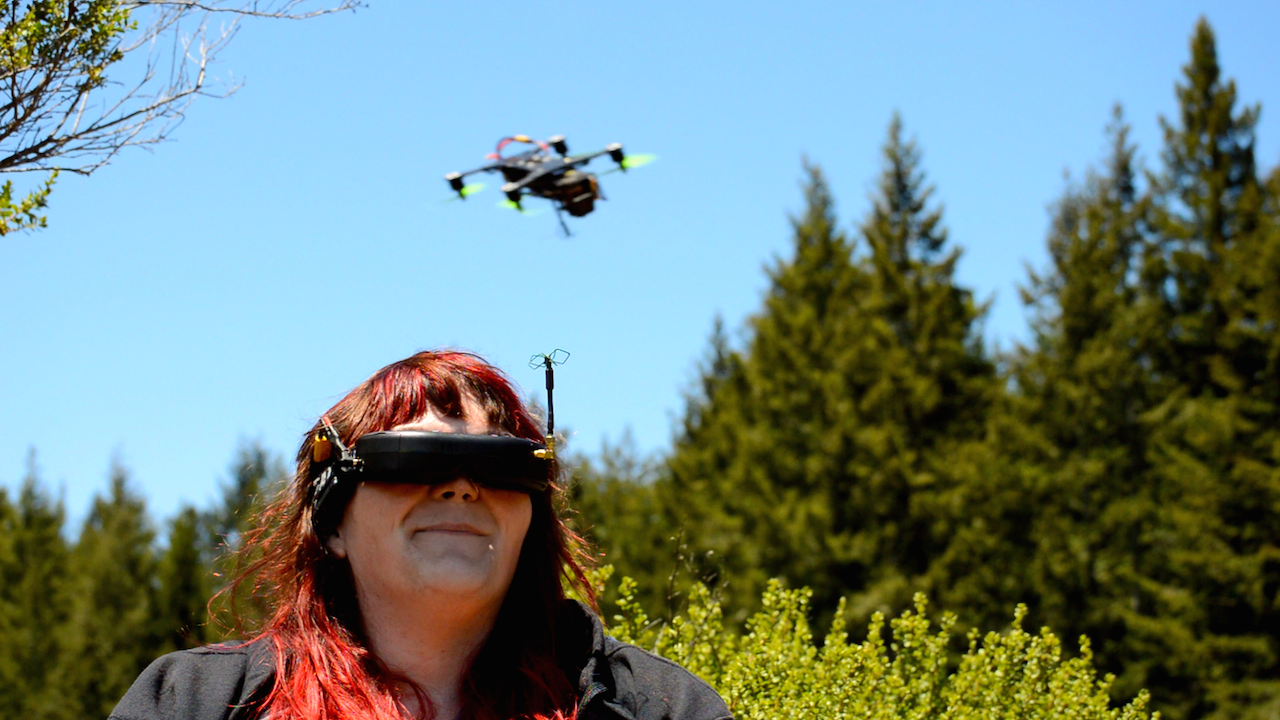 They've turned the tides of wars and flown over farm fields dusting crops. Now, drones are transforming into something brand new: sporting equipment.

The games get underway on a Sacramento soccer field Thursday, featuring 120 pilots from all over the world operating packs of drones zipping around an 11,000-seat stadium at speeds of up to 80 mph.

The field has been completely netted in order to avoid any close calls with spectators, but for the competitors, there's a lot at stake: The prize money totals $25,000.

When you hear about drones in the news, done racers aren't typically what comes to mind. But the Internet is swarming with videos captured by drone pilots, like the 34-year-old Spanish-born hobbyist who goes by the enigmatic name Charpu.

He's arguably the most famous among this new breed of pilots, but the hobby is rapidly turning into sport, and Charpu has some serious competition.

She has been building her own drones in a bedroom workshop for less than a year. But it wasn't her first passion.

"Yeah, motorcycles were my thing. It was everything to me! Like, being able to ride, it gave me this whole experience being outside of my body, into the world, and living. I really couldn't live without it," Stumbaugh said.

But a debilitating and painful medical condition confined her to bed for six months and forced her to undergo four major surgeries. Her riding days were over.

"I got really really depressed -- like, I completely shut down, I didn't want to do anything with my friends," she said. "One of my friends suggested, 'Go to the hobby shop,' and I found this little ultra-micro, little quad-copter that fits in the palm of your hand. And I just fell in love with it the first flight."

She said it was that little thing that started her whole addiction.

"Once I put the camera on it, you start doing FPV (First Person View) ... it was really like riding a motorcycle," she said. "You were living in the world around you and no longer in a bed or sitting down or feeling hurt, depressed, whatever. Nothing else mattered when you had the goggles on. In a weird way, it was just what I needed!"

Spectators at the National Drone Racing Championships will also be able to don goggles of their own and watch the action from the point of view of any one of their favorite pilots.

Soon she was building bigger and more elaborate aircraft, and her videos on the Internet developed a following. Drone manufacturers even began sponsoring her.

Now Stumbaugh is off to the nationals -- and is considered to be one of the top contenders.

"I just can't wait to get to the races and show off my skills," she said.

Race director Scot Refsland called the competition "Formula One in the air." He thinks this week's event marks the birth of a brand new sport.

"I've already been approached by several people with very large checkbooks that are interested in this space," he said. "That's what this is all about."

Twenty years ago, Ron Semiao turned skateboarding into a legitimate sport when he created the X Games. "You know how this started as a sport? It started as kids one-upping each other with tricks -- I can do this, can you?" Semiao said. "So with something like drone racing, it's naturally built in, because it's navigating obstacles: Who can get from point A to point B the fastest, and without wrecking?"

But Semiao said drone racing will need more than just drama to evolve into a professional sport. Big-time corporate sponsorship is key to creating the full-time stars of tomorrow.

"I've been approached over time by a lot of professional skateboarders that have said, 'Thanks for creating the X Games, 'cause now I don't have to work at the deli anymore! I can make a living doing something I love,'" he said.

If and when major sponsors get behind drone racing, there's no shortage of pilots who are more than ready for prime time.

Stumbaugh's disability prevents her having a normal job at the moment, but if drone racing could be her job, she said she'd do it. "And I would love to do it," she said. And I have a passion for it that will never end."