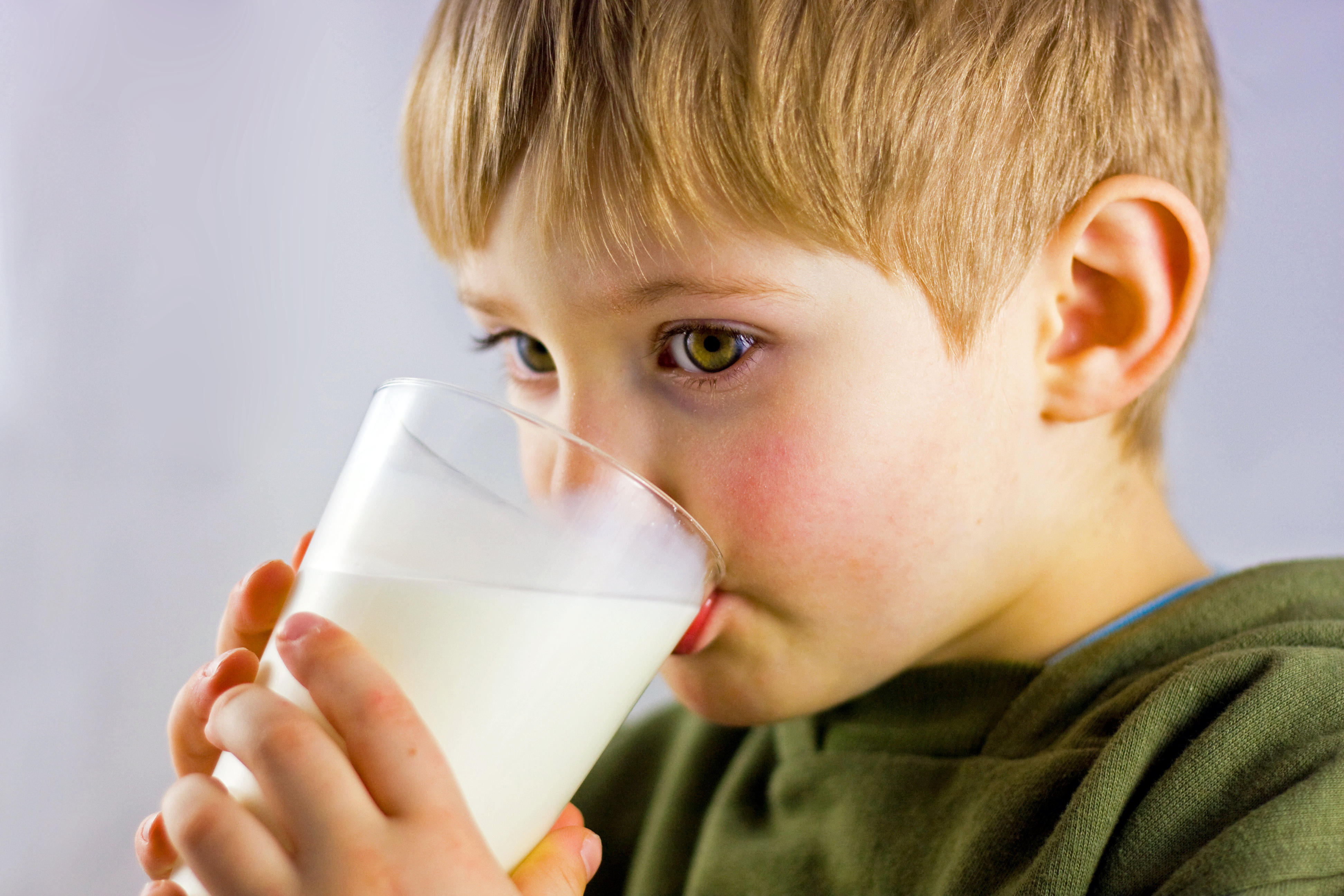 Children who drink alternatives to dairy milk, including soy, almond or rice milks, appear to be slightly shorter than their peers who drink cow's milk, according to new research.

The study, published in the American Journal of Clinical Nutrition, found that for each cup of non-cow's milk children drank per day, they were 0.4 centimeters shorter than the average for their age. Conversely, for each daily cup of cow's milk they drank, children were 0.2 centimeters taller than average.

Height is an important indicator of a child's overall health, the authors note, and cow's milk is a reliable source of dietary protein and fat, essential for proper growth in early childhood.

But there's been a shift in recent years to milk alternatives, which are often marketed as healthier options.

"Many parents are choosing non-cow's milk beverages like soy and almond milk because of perceived health benefits," the authors write in the report. "However, non-cow's milk contains less protein and fat than cow's milk and may not have the same effect on height."

"The lack of regulation means the nutritional content varies widely from one non-cow's milk product to the next, particularly in the amount of protein and fat," he said in a statement.

For the study, the researchers examined the dietary habits of more than 5,000 children between the ages of 1 and 3. Parents were asked how many cups of cow's milk and non-cow's milk their child drank on a typical day.

The study is limited in a number of ways, most importantly in that it is observational and cannot prove that drinking one type of milk over the other causes an increase or decrease in a child's height.

Additionally, while the researchers took a number of potential other factors into account, including age, sex, body mass index (BMI), maternal ethnicity, income, and the mother's height, they did not ask about the specific type of cow's milk alternative, or about the child's overall diet.

Both of these are big gaps in the research, says Erin Corrigan, a registered dietitian at Nicklaus Children's Hospital, in Miami.

Overall diet might have been lacking in at least some of the cases, Corrigan says. She says vegetarian diets can be healthy for young children – though vegan diets are trickier.

"It depends on the child and their acceptance of the diet," Corrigan told HealthDay. "There's a difference between a child who's only eating bagels and pasta, and a child who's eating a variety of foods like quinoa, legumes, tempeh and avocados."

The study does not argue that cow's milk is necessary for proper growth in kids. Still, Maguire says parents shouldn't assume milk alternatives are "healthier" than cow's milk – no matter what the advertising claims.

"If products are being marketed as being equivalent to cow's milk, as a consumer and a parent, I would like to know that they are in fact the same in terms of their effect on children's growth," he said.