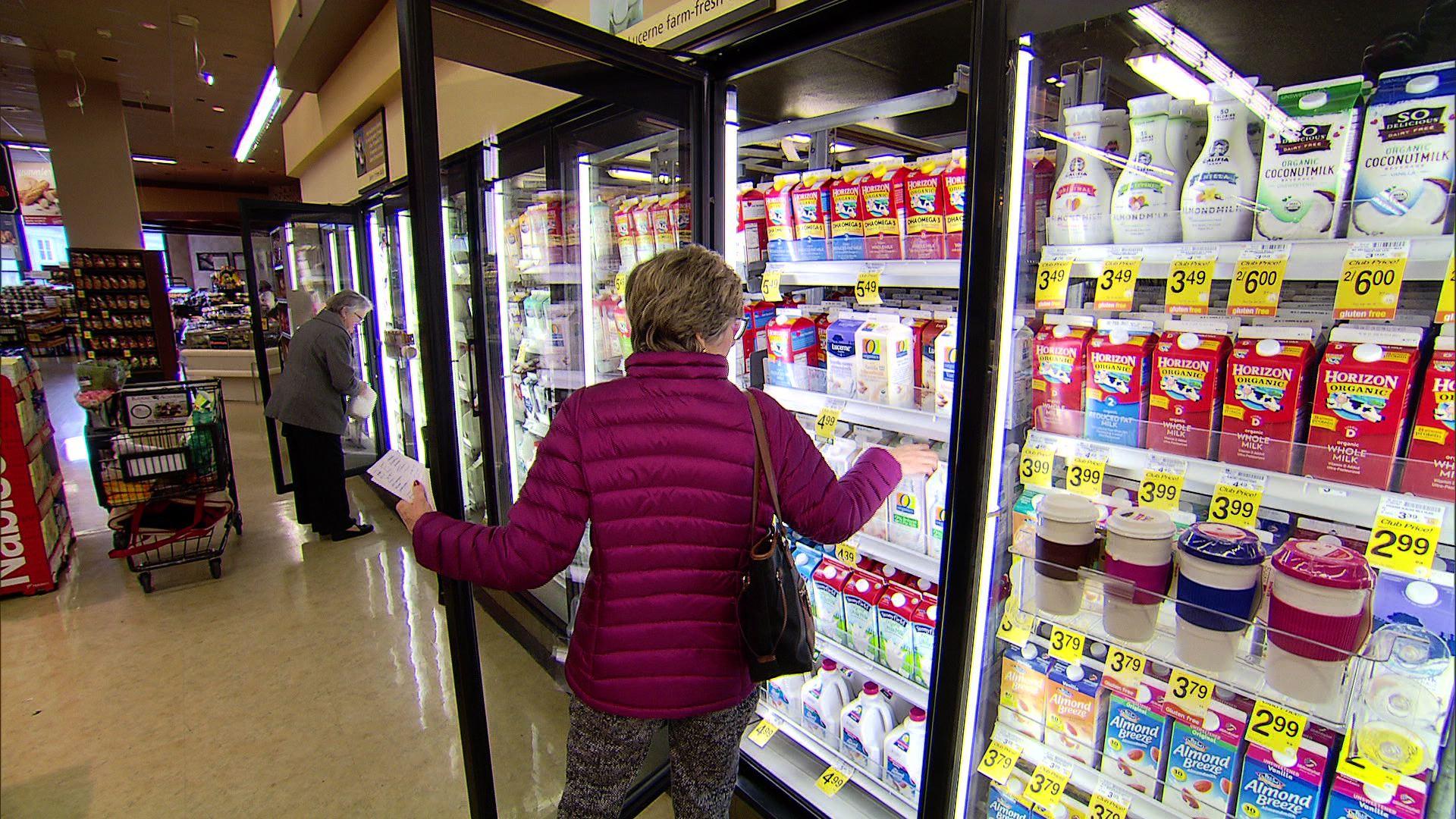 A fight over what can be called milk can change the way products are labeled in the dairy aisle. Many plant-based alternatives like soy and almond are called milk, too. But the dairy industry, and some members of Congress, say the label should be reserved for milk from a cow, and  they want the government to take action.

The saying goes: “Don’t cry over split milk.” But right now, there are tears of frustration on both sides of the debate over who gets to put “milk” on their label. On one side, you have the long-dominant dairy farmers and on the other, the new kids on the block, reports CBS News correspondent Errol Barnett.

Tennis star Venus Williams and hip-hop producer DJ Khaled appear in new up-tempo ads for Silk Almond and Soy Milk. They are part of an industry of plant-based products described as milk substitutes. They generated $1.4 billion this year and grew 54 percent over the last five years in the U.S.

Milk producers are facing decline, dropping 11 percent in sales over the last year. Now they are fighting back.

We have seen a drop off in consumption of dairy products and also we have seen a significant price drop,” said Patty Leonard.

Leonard’s family has been farming in Northern Virginia for almost a century. She milks her cows twice daily, and says non-dairy milk products are successful because they’re misleading.

“They are using the good name and the good qualities and the standard of milk to share their product,” Leonard said. “What makes it all the more important that we have a clear definition and a clear standard so that our consumers have a clear understanding of what they’re purchasing and there’s no confusion.”

Thirty-two congressmen from dairy-producing states agree, penning a letter urging the FDA to enforce its existing definition of milk, which states it is: “obtained by the complete milking of one or more cows.”

But how much confusion is there between cow milk and its substitutes?

“I don’t think they’re the same as milk and I think that confuses people,” said one shopper, James Assey.

“I think it should be continued to called milk. It’s used like milk,” said another shopper, Carla Boarden.

“Worldwide, this is the same terminology that has been used for years,” said Nancy Chapman of the Soyfoods Association.

For Chapman, the hope is the FDA widens its definition.

“When you drink soy milk, it is equal in terms of its ability to support growth and development as is a dairy cow’s milk,” Chapman said.

“Would you be all right with a looser definition?” Barnett asked.

“I have never milked a soybean -- I don’t suppose if you cracked one open, you’d find much milk or any liquid there,” Galen said. “All we want is for the government to do its job and to enforce the regulation on the books that says, ‘You don’t got milk if it comes from a nut or a seed.’”

Historically, the FDA has kept out of any battles over which products can use the term “milk.” This time, it says it will respond directly to the congressmen who wrote to them.

The almond industry also responded to our request for comment, saying their products are also fortified with vitamins and calcium, and it really is up to the consumer to decide.