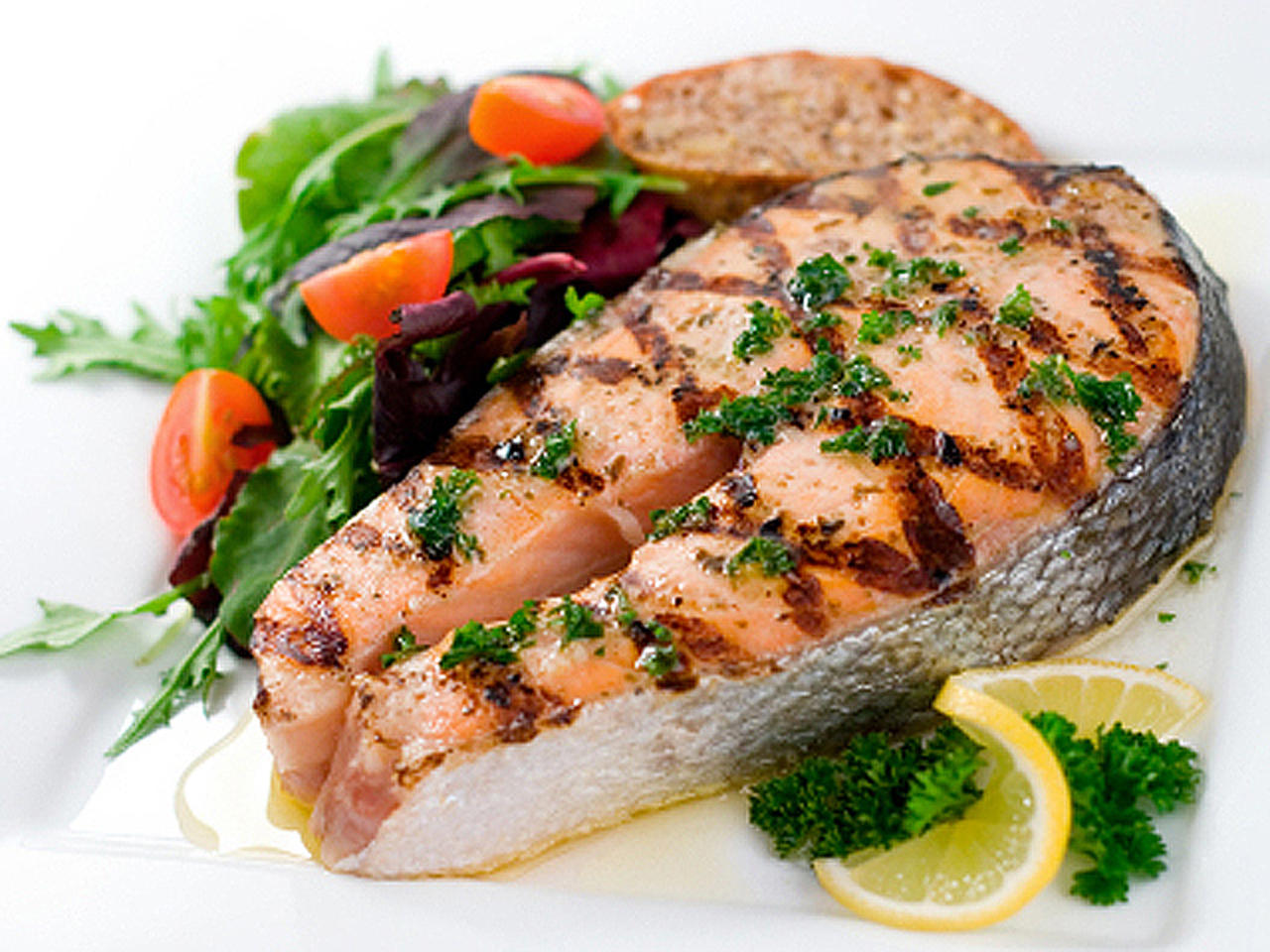 Older men may gain a boost physically, mentally and socially if they eat a diet rich in meat and fish, according to a new study from Japan.

This study of more than 1,000 older adults suggested that men who ate the most meat and fish reduced their odds of mental and physical decline by 39 percent, compared with men who ate the least animal protein.

But the same association was not seen in women. Nor were the same benefits linked to proteins from plants, the researchers found.

The study doesn't actually prove that eating meat and fish caused the men's health improvements, or that low animal protein intake contributes to early decline, however.

"It is an observational study that simply shows a relationship between protein and functional decline. It does not prove cause and effect," said Lona Sandon, an assistant professor of clinical nutrition at the University of Texas Southwestern Medical Center at Dallas.

"Also, the study was conducted in Japanese men and women, not people living in the U.S.," she added. Because it is such a specific study population, the results may not apply to people elsewhere, Sandon pointed out.

Still, research indicates adequate protein intake is important as people age, Sandon noted. The ability to process protein may decline in old age. As a result, protein requirements may increase, the study suggested.

"High-quality protein can help preserve lean muscle that is lost with aging and can affect daily functioning," Sandon said. And higher-quality proteins found in animal sources are more easily used by the body than plant sources.

The report was published in the March 13 issue of the Journal of the American Geriatrics Society.

For the study, a research team led by Megumi Tsubota-Utsugi, from the National Institute of Health and Nutrition in Tokyo, evaluated questionnaires from 1,007 men and women whose average age was 67.

Participants were asked about their diet, including animal protein intake, at the start of the study and seven years later.

Depending on how much meat and fish they ate, participants were divided into four groups. They were also tested on the social and intellectual aspects of their lives.

At the end of the study, about one-quarter of participants reported declines in thinking and other skills. But men who ate the most meat and fish decreased their risk of mental and physical decline by 39 percent, compared with men who ate the least animal protein, the researchers found.

Connie Diekman, director of nutrition at Washington University in St. Louis, thinks the study has some serious limitations.

She noted that food information was assessed only twice in seven years, portions were not carefully assessed, and the intensity of exercise -- an important factor in building muscle -- was not accounted for.

Even so, "This study says to me that we need to keep adequate amounts of protein and a good diversity of protein sources, especially fish, throughout our life," Diekman said.

As to why women didn't see similar benefits, Diekman isn't sure.

"It's hard to say, but since men have more muscle mass to start with, it may be that animal protein allows for overall better performance. But this would be one area that requires more study," she noted.

Another expert issued a different caution. The study "does not give you license to run to the nearest burger joint thinking you are saving your brain," said Samantha Heller, a senior clinical nutritionist at NYU Langone Medical Center in New York City.

In general, it is not uncommon for older people to consume less protein and fewer calories than they need to stem the loss of muscle mass and important body fluids, she explained. Losing muscle mass affects quality of life, organ health and the immune system.

"Overloading protein, however, is not the answer either, since as we get older our kidneys and other organs may not be able to handle excessive amounts of protein," Heller said. Also, a diet laden with red and processed meat is associated with cardiovascular disease, diabetes, certain cancers and dementia, she explained.

"We want to be sure our aging population is eating a balanced, healthy diet replete with adequate fluids and healthy sources of protein, including fish, chicken, legumes and nuts," Heller said.

For more information on a healthy diet, visit the U.S. Department of Agriculture.